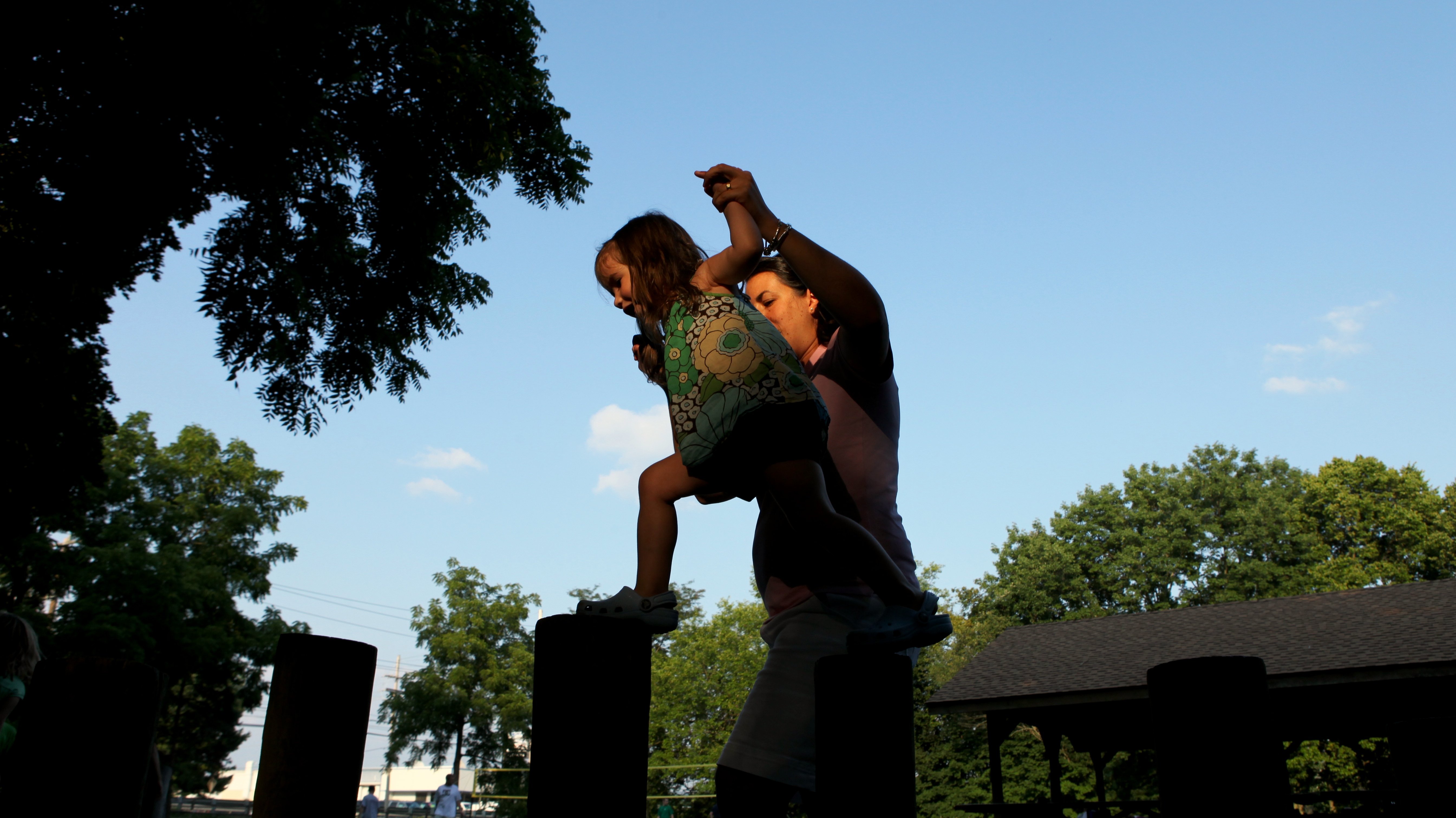 Enacted on January 1, 1970, the “environmental Magna Carta” was soon followed by other laws that outlined the federal strategy for merging a range of environmental standards into the routine of every person, business, and public agency. Through legislation such as the Clean Air Act, Clean Water Act and the National Energy Act, Washington DC became the facilitator and referee for a still-raging battle between environmental, consumer and corporate interests. The government’s limited ability to buffer environmental impact is demonstrated in the confrontation over the Clean Power Plan. Even though the utility industry is well on the way toward compliance, disagreement and legal challenges continue to prevent implementation of 1973 Clean Air Act directives.

The 1992 Rio Summit launched a global effort to address excessive atmospheric carbon, often considered the most pressing environmental issue; however, carbon emissions were recognized as a threat long before Rio. According to Michael MacCracken’s 2008 Reasons for Early Action, “in 1896, Swedish scientist Svante Arrhenius was able to calculate that a doubling of the atmospheric CO2 concentration would, by changing the characteristic absorption and emission of the atmosphere, warm the world by 5.4 ºC.” Since Berlin in 1995, the Conference of the Parties (COP) has gathered annually through the United Nations Framework Convention on Climate Change (UNFCCC).

The Rio Summit led to new responsibilities for many federal agencies. Prior to COP 3 in Kyoto, the State Department released its 1997 Climate Action Report. The report’s introduction dismissed goal attainment failure by declaring the Rio Summit’s emissions goal for the year 2000, calling it “unachievable even with draconian measures.” This began an ongoing process of responding to goal attainment failure by setting a new target date.

A recent example of moving targets into the future is the Western Climate Initiative (WCI), which began in 2007 with five western states (CA, OR, WA, AZ, and NM). By 2008, the Initiative added four Canadian provinces (ON, MB, BC, and QC) and two more western states (MT and UT). The group quickly launched a program to “reduce emissions of global warming pollution” in order to meet the WCI 2020 regional goal via cap and trade. Despite regular engagement between states and provinces, in 2012 the WCI’s 2020 goals were abandoned as the group quietly merged with the new North America 2050 Initiative.

Emission reduction efforts are widespread, with the increasing number and size of solar and wind farms being perhaps the most visible example. Rooftop solar is growing sharply, but a recent report connects this to global carbon emissions. Along with energy benefits, the World Energy Council’s “Variable Renewable Energy Sources Integration into Electricity Systems” notes, “the total cost and the overall impact of [renewable energy] on national electricity systems is often underestimated by consumers and policy makers.” The footprint from extraction, manufacture, distribution, installation, and maintenance of renewable energy offsets some of the “carbon-free” electricity.

Potential impact from excessive global carbon was described in “Turn Down the Heat,” a 2013 report for the World Bank by the Potsdam Institute for Climate Impact Research and Climate Analytics. The report “concluded (that) the world would warm by 4 ºC by the end of this century if we did not take concerted action now. This new report outlines an alarming scenario for the days and years ahead…”

A big driver in the alarming scenario is the continued dominance of carbon-based energy. According to the International Energy Agency (2014), coal and oil account for 60.4% of global energy, while renewable energy (geothermal, solar, wind, etc.) combine to provide 1.1%.”

On July 16th, Oil and Gas Daily confirmed the energy supply picture: “even with renewable energy consumption at a historic high, fossil fuels are by far the dominant source for U.S. consumption…three fossil fuels—petroleum, natural gas, and coal—have provided more than 80 percent of total U.S. energy consumption for more than 100 years.” Setting these trends and perspectives to the side, clean future advocates quickly declared the COP 21 Paris talks “historic” and “successful”. The final proposal revolves around a 2º goal, with strong hopes to keep below 2º. Despite this policy progress, a detailed response to the World Bank’s plea for “concerted action now” did not make the intense agenda. The success of the Paris agreement will be determined over the next decade, by its impact on the level of atmospheric carbon.

After the Paris talks, Ceres and Bloomberg New Energy Finance released “Mapping the Gap: the Road From Paris”. They described a $12.1 trillion gap between “business as usual” emission reduction investment and that required to limit warming from the current 0.8º to 2º. Despite a sense of optimism, the report does not offer specific steps for attracting emission reduction investment to move from a 4º to a 2º future. In view of this, the report joins countless other reports, strategies and roadmaps that contribute to the climate discussion, but don’t include a realistic plan to break the rise of global carbon. The Energy Information Agency’s 2016 report indicates that total world energy consumption will grow from 549 quadrillion Btu in 2012 to 815 quadrillion Btu in 2040, an increase of 48%.8 The problem of growing demand is accentuated in the US, which has the highest per capita energy consumption in the world. World Population Balance reports that “Americans make up only 4.5% of the world’s population and yet consume nearly 20% of its energy”.

The World Resources Institute report “Can the U.S. Get There from Here?” thoroughly reviewed existing public sector climate programs and policies. They concluded that “without new action by the US Administration, GHG emissions will increase over time. The US will fail to make the deep emissions reductions needed in coming decades, and will not meet its international commitment to reduce GHG emissions by 17% below 2005 levels by 2020.”

In early 2013, the media reacted to atmospheric carbon reaching a concentration of 395 ppm: the seemingly distant “milestone” of 400 ppm was close! By early 2016, global carbon was pervasive at 400 ppm, with spikes recorded as high as 407 ppm. In May, 2016, Inside Climate News released the gloomy news: “The level of carbon dioxide in the atmosphere is not just rising, it’s accelerating, and another potent greenhouse gas, methane showed a big spike last year,” according to the latest annual greenhouse gas index released by the National Oceanic and Atmospheric Administration.

Options for reducing emissions from energy were generally defined by the late 1970’s, and have changed very little over the years:

Since no one has demonstrated that these often controversial options can adequately lower global carbon emissions, advocates of a low-carbon future need to dig in their heels. The current answer to WRI’s question, “can we get there?” is “no”. Success will require new options, aiming to take bigger steps at near-term emission reduction.

The Climate Institute’s Clean and Secure Grid Initiative aims to conduct studies and advocate for the creation of a national high voltage direct current electrical grid overlay that would facilitate the transmission of electricity over long distances which would make renewable energy much more cost competitive and pervasive in the open market.

These are two concepts for taking bigger steps, but we need to push the envelope in as many ways as possible to substantially slow global warming. Despite daily reports of progress, the transition from carbon-based to clean energy is too slow. The world needs near-term reductions that are proportional to the profound impact of rising global carbon.

Rick Barnett has a B.A. in psychology and an Interdisciplinary Masters in Environmental Management. Before becoming a builder, Rick was involved with recycling, including the initiation of the first campus-wide recycling program in the US, at Oregon State University in 1975.