BIRD SPECIES VANISH FROM UK DUE TO CLIMATE CHANGE AND HABITAT LOSS... 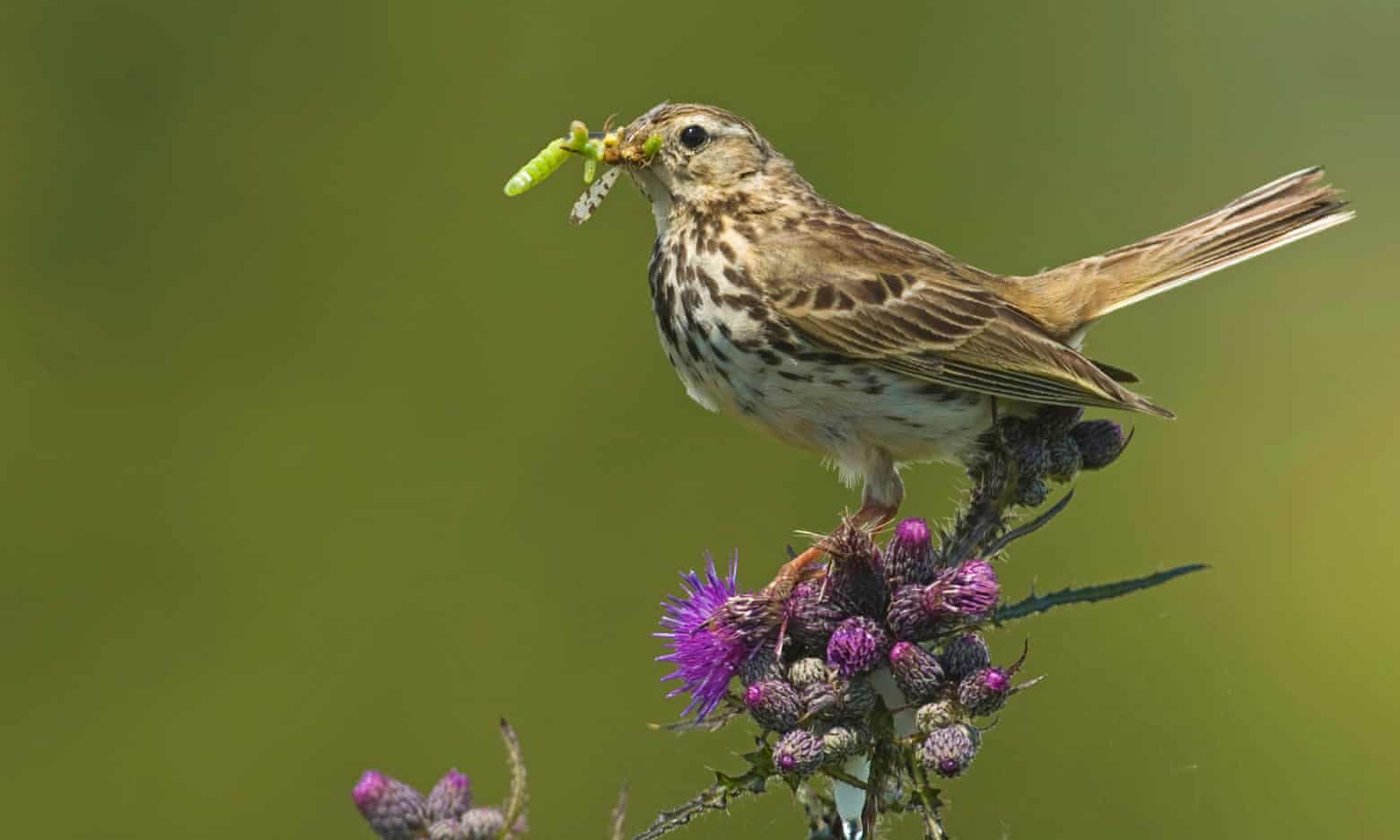 Meadow pipit have disappeared from sites in the south of England. Photograph: Alamy Stock Photo

Rising temperatures and crop farming mean birds are disappearing from parts of England, says study, while butterflies and dragonflies are faring better...

Climate change has already led to the vanishing of some bird species in parts of England, where intensively farmed land gives them no room to adapt to warming temperatures. The revelation, in a new scientific study, contradicts previous suggestions that birds are tracking global warming by shifting their ranges.

The research found that birds that prefer cooler climes, such as meadow pipits, willow tits and willow warblers, have disappeared from sites in south-east England and East Anglia, where intensive crop growing is common. 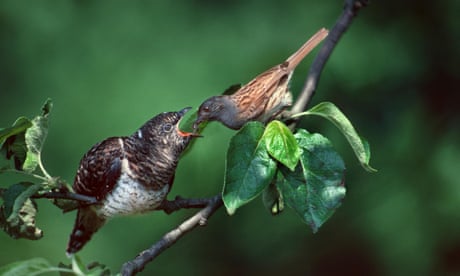 “Climate change is with us, here and now, and its effects on wildlife are increasingly well documented,” said Mike Morecroft, principal climate change specialist at Natural England, and part of the research team.

Simon Gillings, at the British Trust for Ornithology, and another member of the research team, said: “Intensive [land] management is making it harder for cold-associated birds to find cool corners of sites, or to disperse away from warming regions.”

But Oliver noted that showing the impact of climate change on wildlife is affected by the availability of good habitats means action can be taken: “We are not completely at the mercy of climate change.” Creating larger natural areas in strategic places will help species cope with a changing climate, the scientists said. 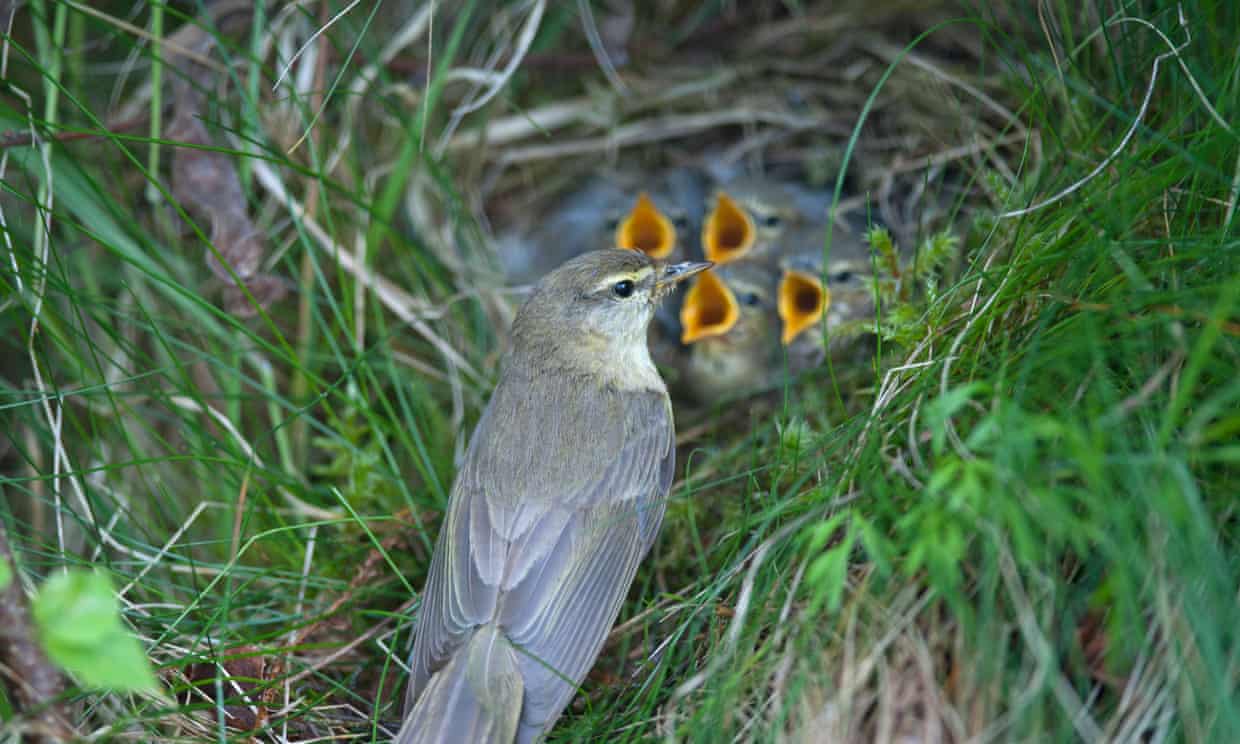 A family of willow warblers at a summer nest site in Scotland. Photograph: Alamy Stock Photo

The study, published in Global Change Biology, analysed both bird and butterfly data from more than 600 sites monitored between 1964 and 2009. It found butterflies were adapting much better to climate change than birds, although cold-associated butterfly species also suffered if the area around the site was poor in natural habitat.

But while many of the butterfly species that enjoy warmer weather were thriving, birds associated with warmer temperatures were not, due to lost or degraded habitat. 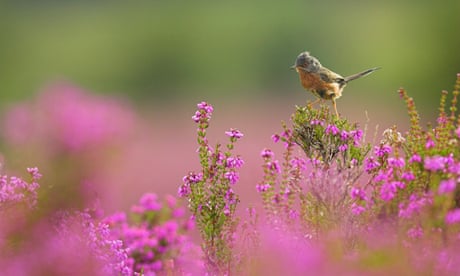 2016 State of Nature report: wildlife winners and losers - in pictures...

Oliver said butterflies were faring better as they require much smaller areas of natural land, which are more likely to be available. Good habitat means more suitable food plants and more microclimates in which species can thrive in good years and survive in poor ones.

The ringlet butterfly, for example, suffers badly in drought years. But they can hang on if there are patches of broadleaf woodland available, as these resist droughts and keep soils more moist than treeless landscapes.

Butterflies can also produce many generations in a single year when conditions are favourable, whereas birds reproduce more slowly. The small copper butterfly can have up to five generations a year, Oliver said. 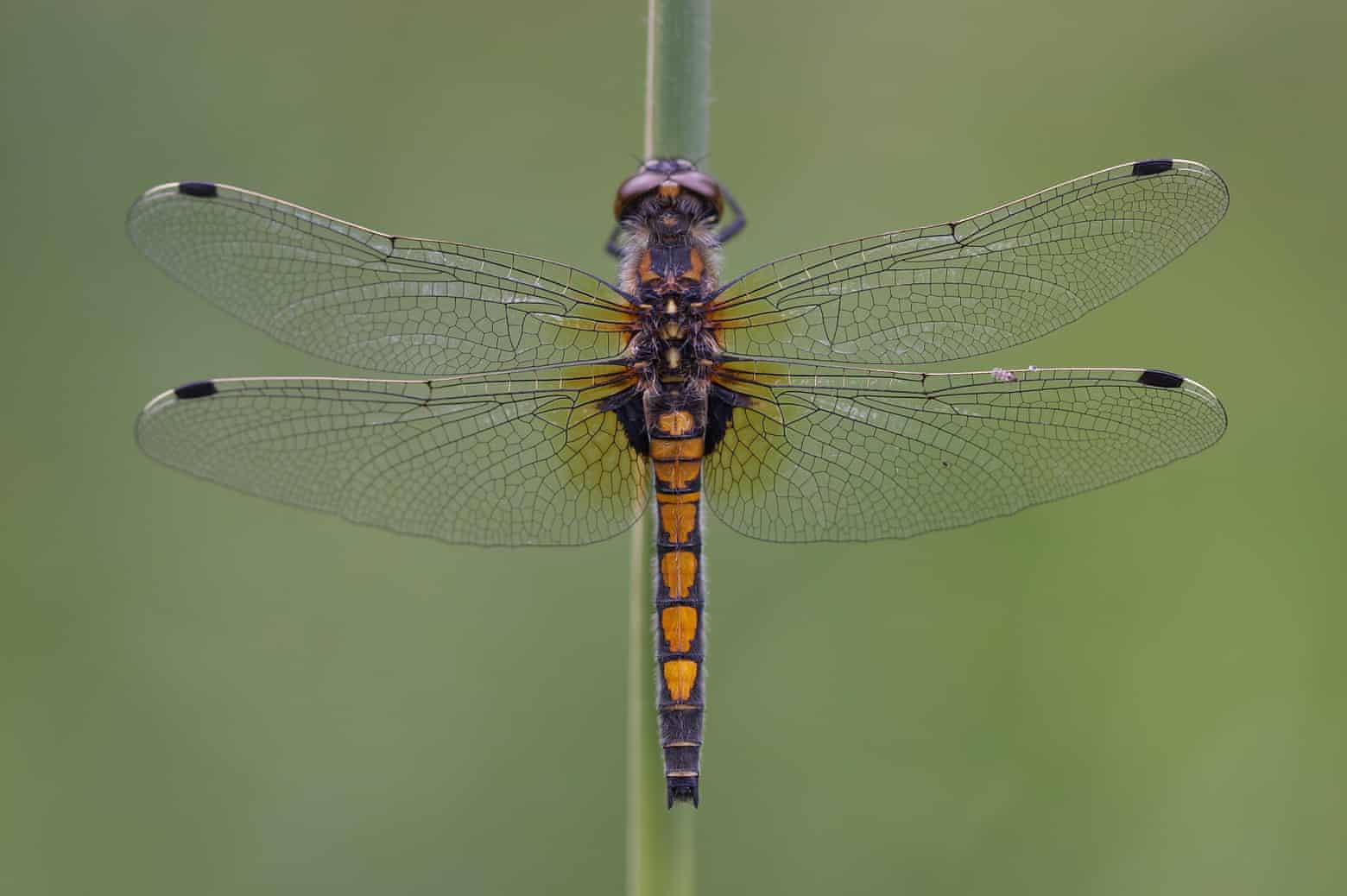 The large white-faced darter is one of eleven new dragonfly species to arrive in Britain since 1995. It made its first appearance in 2012. Photograph: Christophe Brochard/British Dragonfly Society

Like butterflies, dragonflies and damselflies are generally adapting well to climate change and warming has brought 11 new species to Britain since 1995, according to a new report from the British Dragonfly Society. Newcomers include the stunning large white-faced darter and Genevieve Dalley, at the BDS, said: “These unprecedented events currently happening in the dragonfly world are exciting but also act as a warning: the natural world is changing.”

But global warming is also threatening the northern damselfly, restricted to a few small lochs in Scotland, and the black darter, which is becoming less common in the south of Britain.

The scientists conducting the bird and butterfly research determined the temperature favoured by each species by looking at the average warmth of their ranges across Europe, with those preferring heat found mostly in southern Europe and vice versa.

Stopping the destruction of habitat such as hedgerows and old orchards and creating new nature reserves can give opportunities for wildlife to adapt to global warming said Oliver. But biodiversity across England continues to fall, he said, despite a landmark review of wildlife sites for the government in 2010. 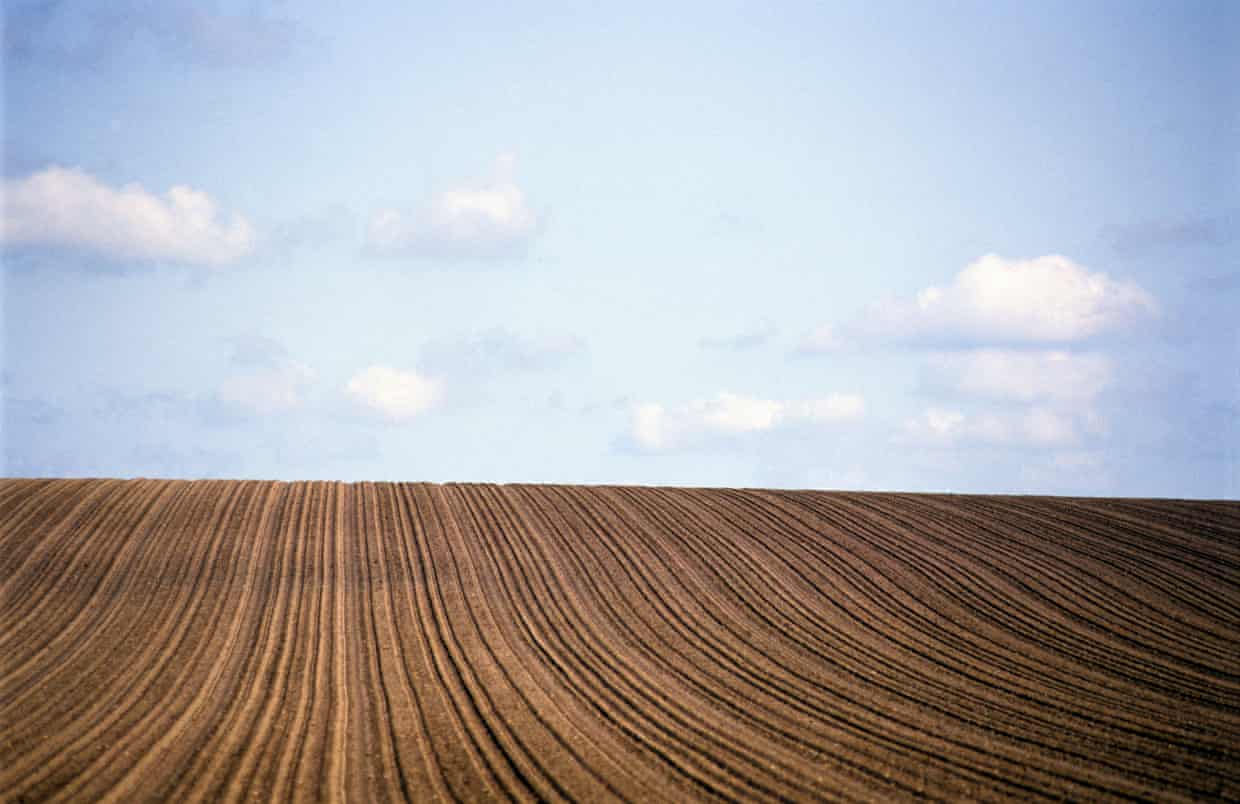 “That report called for a step change in nature conservation,” said Oliver. “We are still waiting for that step change and until we see it we can’t really expect the fortunes of our wildlife to change.”

Richard Bradbury at the RSPB and not involved in the new research said: “Making use of the tremendously rich wildlife data collected by dedicated UK volunteer observers, this study provides further compelling evidence that climate change is already affecting the UK’s species.”

A major report in 2015 found that one in six of the world’s species faces extinction due to climate change unless action is taken to cut carbon emissions rapidly.