BRITAIN SHOUTS ABOUT IMMIGRATION BUT IS SILENT ON ONE OF THE ROOT CAUSES: CLIMATE CHANGE... 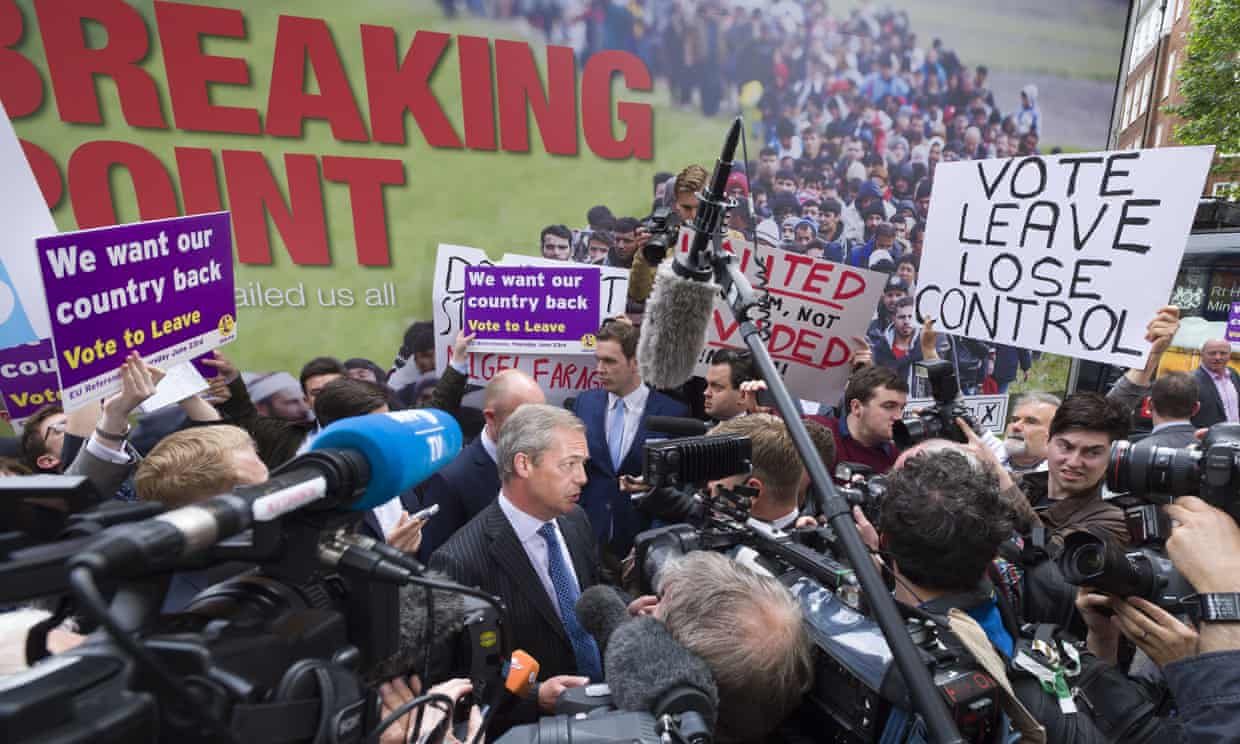 The Brexit campaign pivoted around migration but its politicians are skeptical of action on global warming that is a key driver of displacement...

What happens as large-scale migration becomes inevitable due to a combination of environmental, economic and humanitarian reasons? Do we tackle the drivers and help the displaced, or worsen conditions causing the displacement and reject responsibility for those affected?

The campaign for Britain to leave the EU was related to those sceptical of action on global warming and in favour of financial deregulation. It’s a paradoxical package, on the one hand creating the conditions for human displacement and migration through environmental damage and inequality, and on the other washing its hands of the inevitable consequences.

Global inequality is recognised as one push factor in human displacement. Climate change is another major factor, and it’s set to worsen according to the UN refugee agency.

The Brexit campaign pivoted around the issue of migration. Key protagonists such as Ukip, who promoted and played on fears of migration, including the infamous poster, are also antagonistic toward renewable energy and action on climate change. Andrea Leadsom, the new environment secretary, who received support from key Ukip figures, asked her officials in 2015 if climate change was real when she became energy minister.

The politics of Brexit are set to dominate Britain for years to come, holding hostage a broad range of public and environmental policy. One of the greatest threats to effective climate action will simply be the huge distraction for Whitehall of negotiating Brexit and renegotiating countless other treaties. The tragedy is that the whole project is built on a wildly distorted projection of Britain’s relative role in dealing with the global displacement of people.

While the number of displaced people is shockingly high and rising globally, the latest figures from the UN clearly show it’s not countries like Britain that are mainly dealing with the problem. More than eight out of 10 refugees were given shelter by poor and middle-income countries close to conflicts, not by the world’s wealthy countries.

Yet David Cameron, was just one politician to use inflammatory, dehumanising language, describing migrants coming to Britain as a “swarm”. The new prime minister, Theresa May, did little better, running the Home Office with a policy to create a “hostile environment” for people in the UK without legal permission with mobile posters telling them to “go home or get arrested”.

Tightening border controls for people in a world of freely moving finance and one-sided trade, and in the grip of climatic upheaval, can only entrench and worsen poverty. It takes away one key, remaining option for people to improve their circumstances: to migrate.

Conversely, an environmentally viable, more equal global economy needs better management of international finance and trade. How can these things be balanced? Wanting to manage your borders is entirely legitimate, if done fairly and coherently. But that means exemplary climate policy and other innovations – such as taxing destabilising, cross-border financial speculation – as one attractive way of paying to ease tensions around migration.

But Britain finds itself in the grip of self-defeating politics, with a new carbon budget but no policy package to deliver it, accused by Ban Ki-moon’s UN climate envoy of betraying the Paris deal. The National Grid says we are set to miss our renewables and emissions reduction targets. Having voted to leave Europe, it now looks as if we are voting to leave a stable climate.

Some are understandably keen, perhaps desperate, to discern a silver lining from the current cloud, assuming some grander scheme in the manoeuvres of the new administration. But, in politics, signals matter. And, few seem stronger than housing the new government department for exiting Europe in the offices of the abolished Department of Energy and Climate Change.