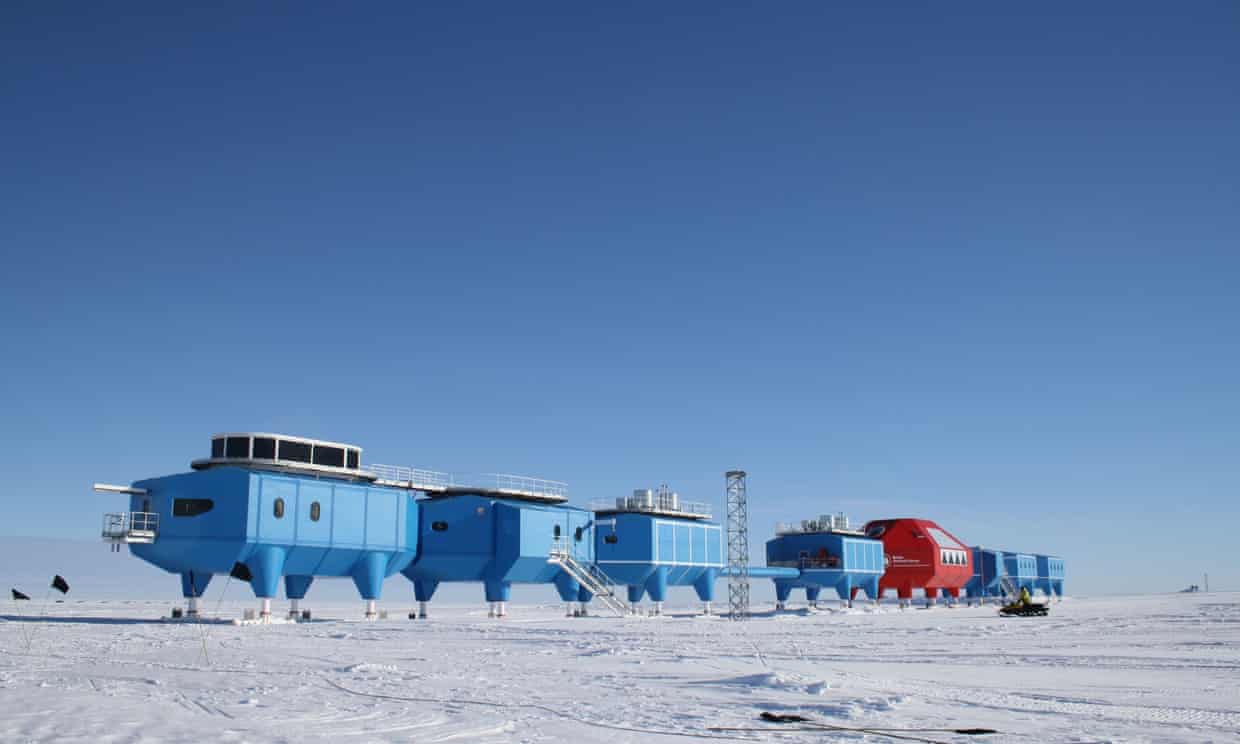 Having changed location earlier this year to avoid being cut off, the Halley VI station will close again over fears that the ice shelf it stands on may break...

A British research station in Antarctica is being shut down for the second winter in a row following concerns over growing cracks in the 150-metre thick ice shelf on which it stands.

The Halley VI station, which is parked on the Brunt ice shelf, will be shut down between March and November 2018, with the 14-strong staff who had been gearing up for the winter stint redeployed elsewhere in Antarctica or brought home to the UK.

The director of the British Antarctic Survey, Professor Dame Jane Francis, said the decision was down to the difficulties of rescuing researchers in the winter months, should there be a break in the ice shelf – an event known as calving.

The worries are based on two cracks. The first is an ice chasm that began to show movement northwards in 2012, after more than 30 years of dormancy, and has accelerated over the past seven months. The second, north of the research station, has been dubbed the “Halloween crack” after it appeared in October 2016. It is now estimated to be about 50km in length and growing eastwards, crossing a resupply route for the station. “It has grown a couple of kilometres during the winter period,” said Professor David Vaughan, director of science at the British Antarctic Survey, adding that the crack had also widened

“The safety of our staff is our priority in these circumstances,” Francis said. “Because access to the station by ship or aircraft is extremely difficult during the winter months of 24-hour darkness, extremely low temperatures and the frozen sea, we will once again take the precaution of shutting down the station before the 2018 Antarctic winter begins.”

The original Halley station was set up by British researchers in 1956, with the current incarnation, Halley VI, operational since 2012. The station is used to gather data on a range of observations encompassing climate, space weather and ozone measurements.

The latest announcement is the second time the station has been closed over the Antarctic winter. Halley VI has been shut since March due to uncertainty over whether the ice shelve might calve. Earlier this year, before the station’s shut down, the pods of Halley VI were towed 23km to prevent the station being cut off from the rest of the ice shelf should the cracks continue to grow. 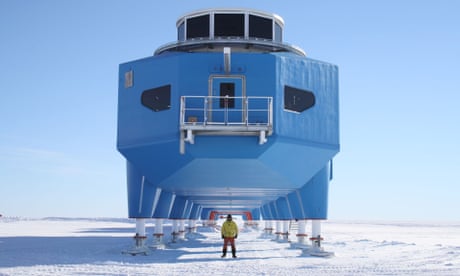 “Eventually we expect the ice from [the previous site] to part company with the ice shelf and float off as an iceberg – but the question is essentially when is that going to happen, and whether there would be other changes in the ice shelf that we haven’t predicted that would [result],” said Vaughan.

The 2018 shut down is a precaution in case such an event occurs and triggers changes to the remaining part of the ice shelf, upon which the station now sits.

But the Halley VI isn’t expected to be moved again. “We are not going to move the station any further – we believe that the station is actually in the optimal place on the ice shelf now,” said Vaughan.

The situation, he added, is probably part of the normal calving processes that occur at the edges of ice shelves. “We don’t believe that this is related to climate change – certainly not atmospheric change,” he said. “We don’t truly know enough about the oceans to exclude it, but it is not a strong line of reasoning at the moment.”

But, Francis noted, while the station will be vacated from March 2018, there is an Antarctic summer of activity ahead.

“Our Antarctic summer research operation will continue as planned, and we are confident of mounting a fast uplift of personnel should fracturing of the ice shelf occur,” she said.