(CNN) Jeannette Frescas was not concerned about the Thomas Fire until the massive blaze reached her neighborhood in Ventura, California...

"At midnight, I woke up with a flashlight in my face," Frescas told CNN affiliate KEYT. "I looked out my window and there were flames that were like, a hundred feet, all around us."
Like many residents, Frescas was caught off guard by the fire that has roared across Southern California for 13 days. She's one of tens of thousands of residents who piled into cars and fled as ferocious winds drove the third-largest blaze in modern state history through Ventura and Santa Barbara counties.
"What was once a paradise was like a war zone," Frescas said of her apartment complex, which was destroyed by the blaze. "It's the scariest thing I've been through in my entire life."
Ventura resident Patricia Rye woke up to her son-in-law pounding on her door. She didn't get a chance to pack any valuables, and fled her home of 17 years in the dead of the night.

"I didn't have time to take anything," Rye told the affiliate. "My wallet, or any of my personal things. I literally left with the clothes on my back. If I had been thinking I would have got into my car, but I wasn't thinking so my car was there." 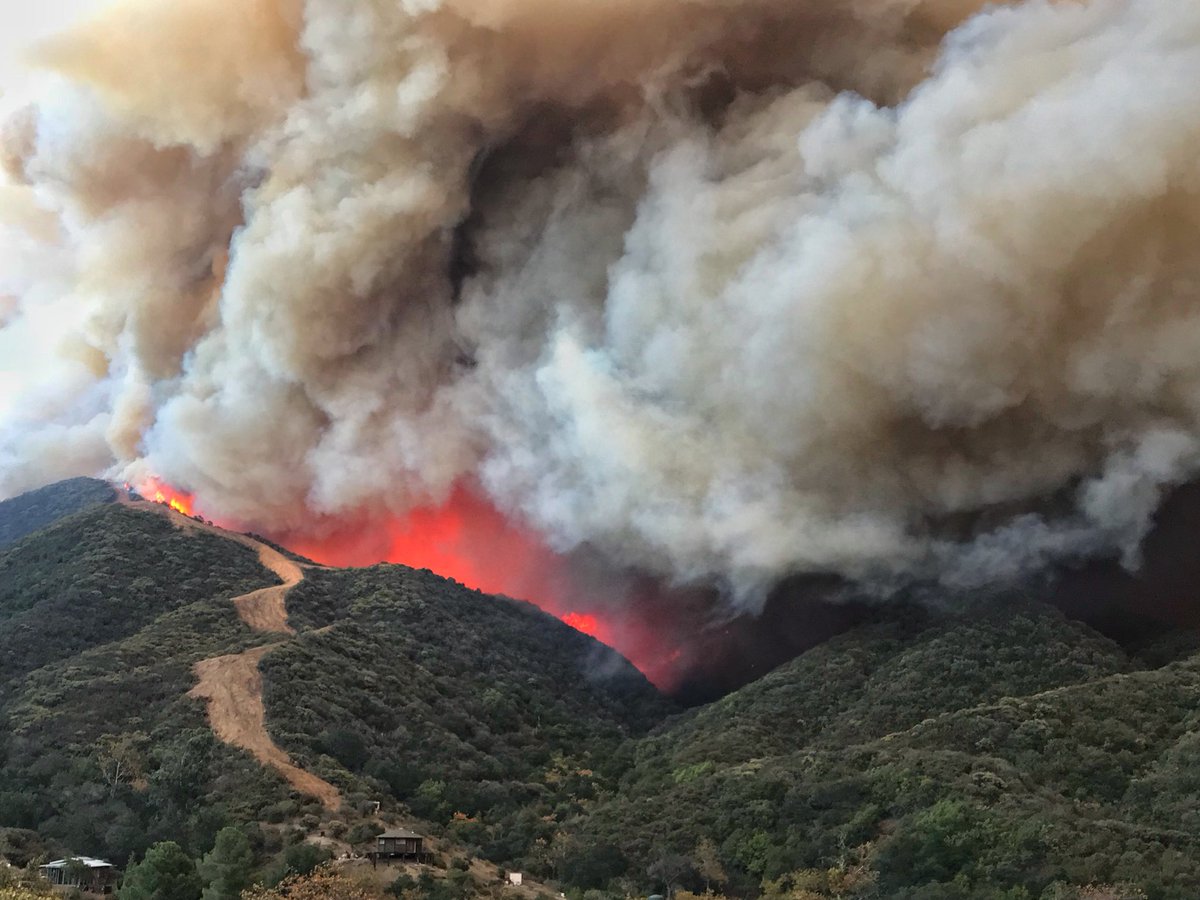 Thousands of Santa Barbara residents threatened by the blaze are under mandatory and voluntary evacuations while others like Frescas were allowed back in their homes or what was left of them.
The fire is so massive that more than 8,400 firefighters are working around the clock to save lives and contain it. It's bigger in acreage than New York City, and has turned neighborhoods to piles of soot and concrete as it churns through the area.

• Cause of death: Firefighter Cory David Iverson, 32, died of "thermal injuries and smoke inhalation," according to autopsy results from the Ventura County medical examiner's office. A funeral procession was underway Sunday for Iverson, who lost his life battling the Thomas Fire on Thursday. A total of two people have been killed since the fire started.
• Hefty price tag: About $110 million has been spent fighting the massive blaze, fire officials said. It was 40% contained Saturday night.
• Improving weather conditions: Santa Ana winds did not immediately materialize on Sunday morning, though firefighters had been expecting the worst. Red-flag warnings were in effect for a large swath of Southern California through late Sunday, with wind gusts of up to 55 mph expected overnight, according to CNN meteorologist Gene Norman.
• In the record books: The Thomas Fire, which grew by 1,500 acres overnight, has charred 269,000 acres and is 40% contained. It is now the third-largest wildfire in modern California history and the seventh-most destructive in structure loss. 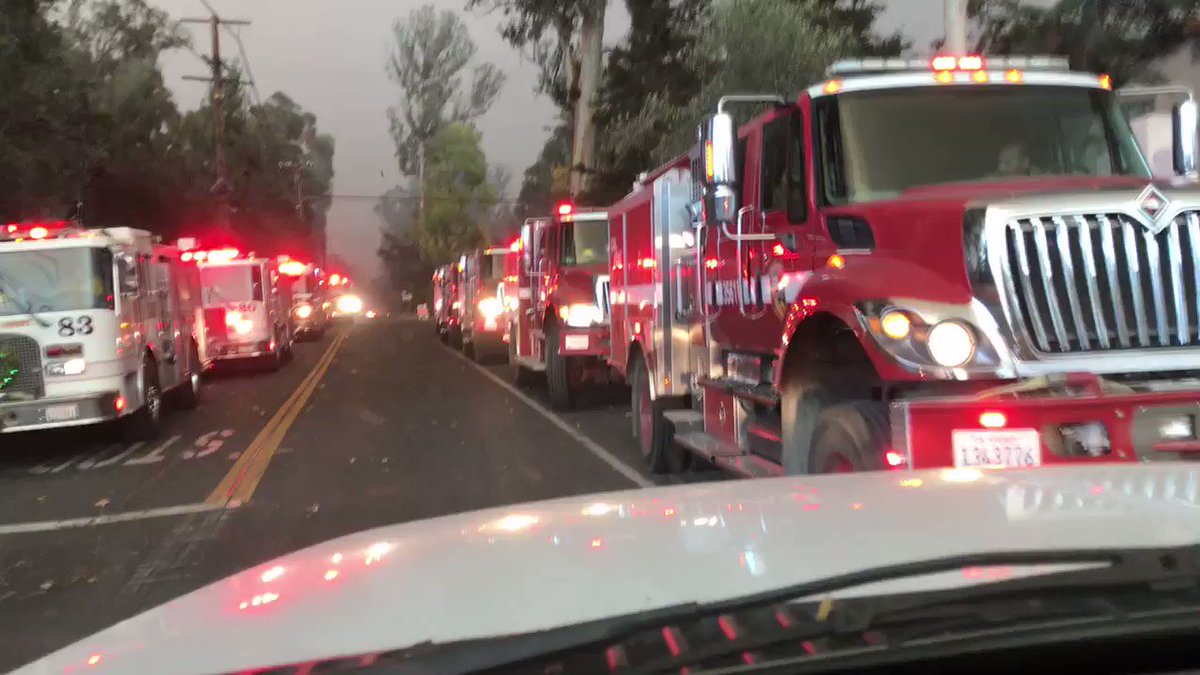 Twelve thousand people were evacuated in Santa Barbara County, with animals at the local zoo threatened as well. Santa Barbara Zoo closed Saturday and many animals were placed into cages in case of possible evacuations, zoo officials said. 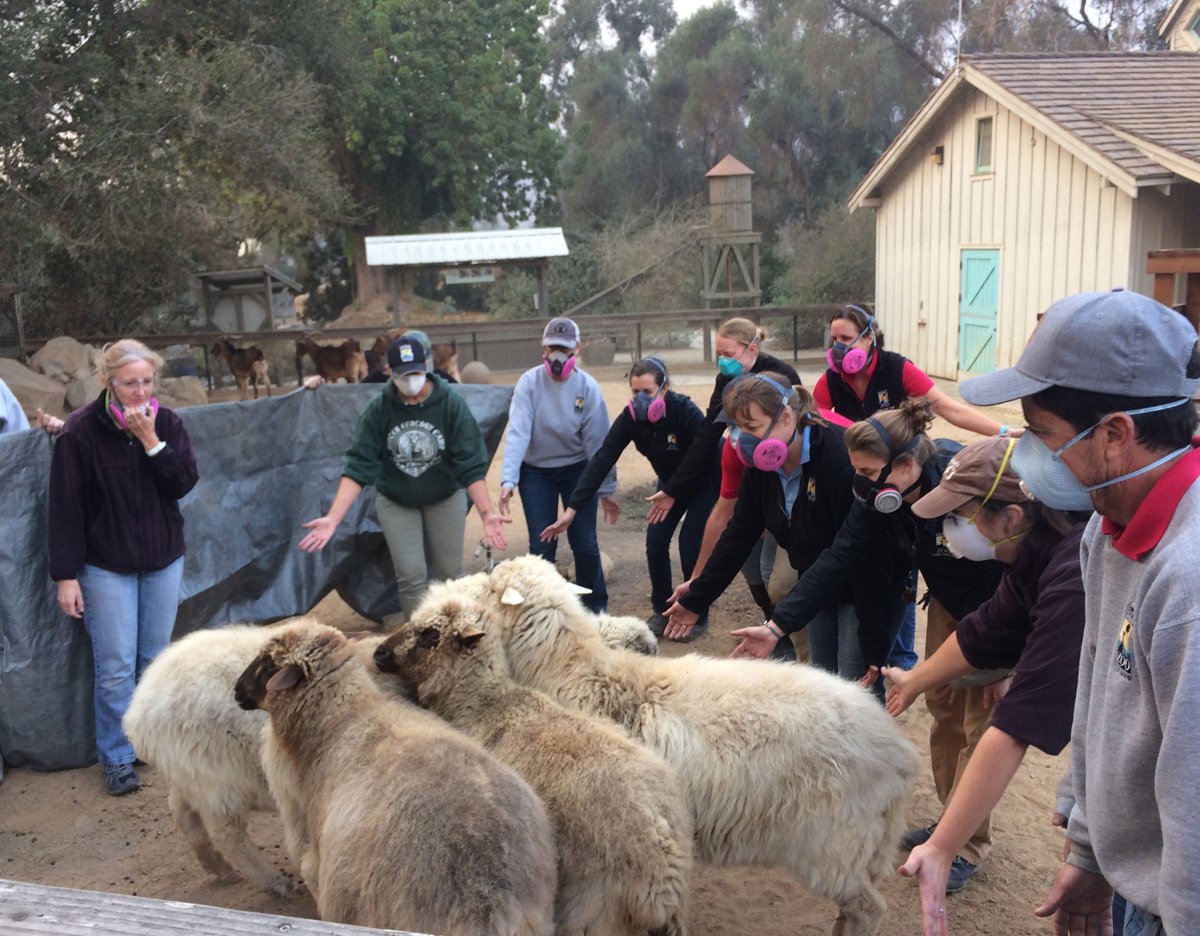 #ThomasFire conditions can change quickly. Proactive measures include keepers and staff funneling churro sheep into crates for relocation to smoke-free area. Thanks for support & good wishes, but no public help needed.

Only the endangered California condors and griffon vultures were taken to the Los Angeles Zoo, according to officials. The zoo had kept most animals indoors, away from smoke.
Oprah Winfrey, who has a home in Montecito, one of the areas under evacuation orders, tweeted about the fire Saturday.
"Still praying for our little town," she said. "Winds picked up this morning creating a perfect storm of bad for firefighters," she said.

Still praying for our little town. Winds picked up this morning creating a perfect storm of bad for firefighters. #peacebestill

Meanwhile, residents who had evacuated their homes in Ventura County -- where the fire began -- were allowed to return Saturday.
Jim Holden considers himself lucky that firefighters saved his home and items.
"They put a water screen between my house and the house next door that was burning in an attempt to save it, but they didn't think they were going to be successful," he told CNN affiliate KABC. "They broke in and they saved my family photos and my computer, and things that they thought would be important to me."

CNN's Joe Sutton and Miguel Marquez contributed to this report