Gov. Jerry Brown also says California's increasing wildfires are the new abnormal. What should fire victims do next, rebuild or relocate? 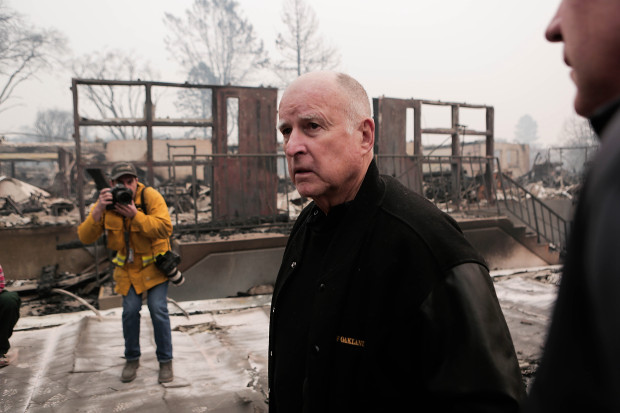 The fire victims of the recent California Camp and Woolsey fires deserve our deepest sympathies and they fully deserve getting all of the Federal and state emergency assistance they need.

In addition to emergency post-fire assistance from the government, they also need honest facts and advice from the government about if they should rebuild in high-risk fire zones or should they relocate to safer areas that will not be as adversely affected by global warming?

In making these bold statements he is also telling the fire victims to think very carefully about rebuilding or relocating without directly telling them what to do with such an important life decision.

Some attribute governor Brown's new courage in publicly saying that global warming is just going to get worse to the fact that he is going to be retiring from politics shortly. No matter what the reason, it is extremely important that governor Brown has brought to the forefront of public discussion the "rebuild or relocate" issue for all the victims of global warming disasters, whether they be victims of the current California wildfires or victims of sea level rise, hurricanes, rain bombs droughts or the many other 20 worse consequences of global warming, which are continuously increasing in frequency, scale, and severity.

The California wildfire victims now have a very difficult personal decision to make. Should they rebuild in the same area once again and expect or hope for a different result or, should they relocate to a new safer location?

To help them make that decision we have provided the following information:

1.) Will global warming continue to get worse as governor Jerry Brown says? Click here for information and science to help you decide for yourself.

2.) Should you reinvest in real estate in a high-risk global warming area? Click here for information and science to help you decide for yourself.

3.) For seldom discussed legal and other information on how to recover from global warming-related disasters after the initial emergency, click here.

We honor the retiring governor Jerry Brown's courage for openly discussing the deeper truths about global warming and starting the global warming victim rebuild or relocate conversation in California. To encourage both governor Brown and his staff to do more of the same, we are providing a free copy of a new global warming e-book that is getting lots of 4 and 5-star reviews and speaks to the science behind the unbearable hardships in front of us like no other global warming book before it.

(For Jerry Brown and his staff to get their free copy of this new e-book, all they need to do is email [email protected] and put Jerry Brown in the subject line. You will be emailed download instructions for your free e-book honoring your global warming educational work within one business day.)

The research team at Job One for Humanity