CALIFORNIA HAS A CLIMATE PROBLEM, AND ITS NAME IS CARS... 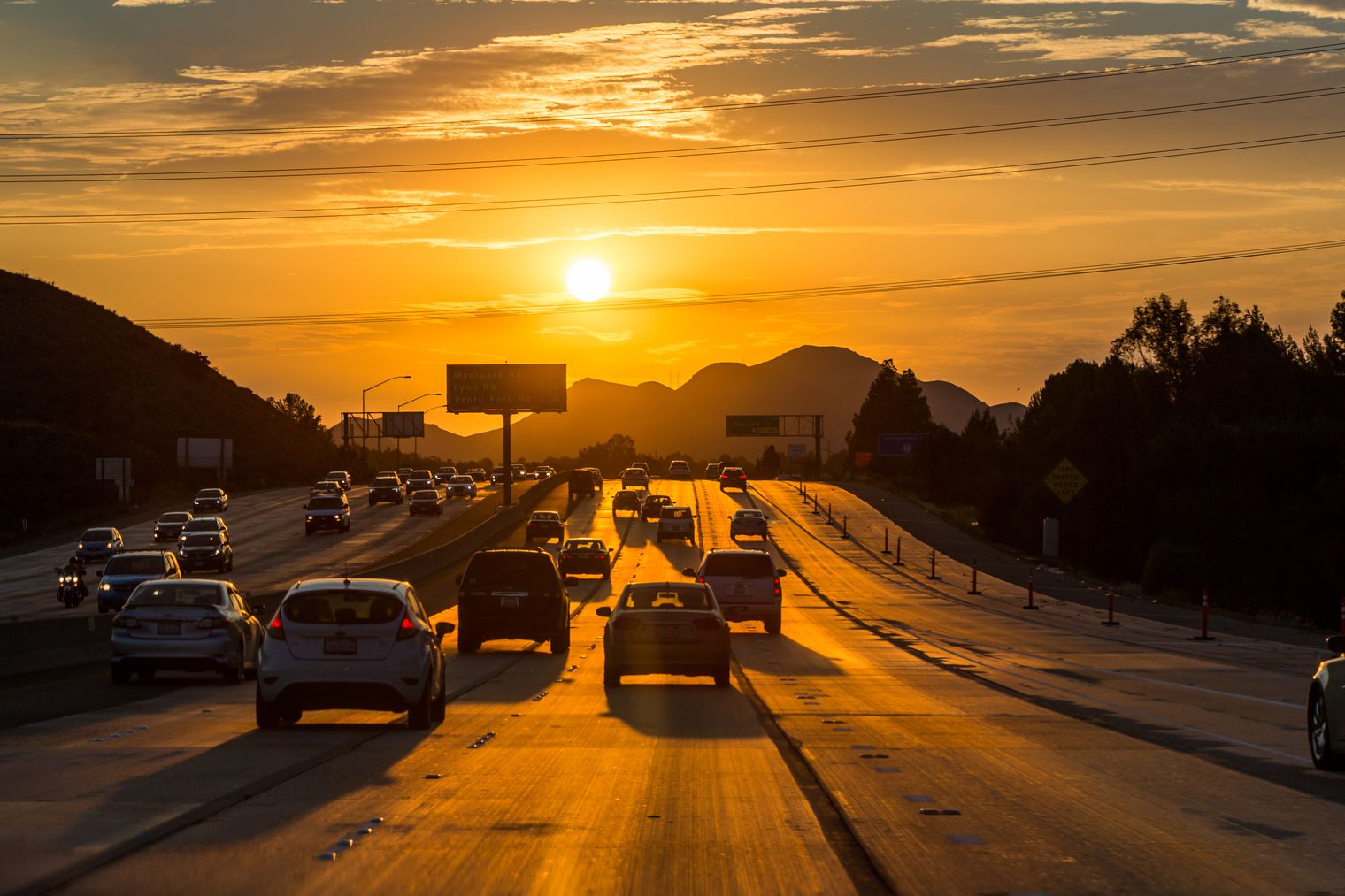 In 2006, California passed its groundbreaking climate legislation AB 32, which put in place a target for greenhouse gas reductions and set in motion a cascade of regulations, subsidies, and performance standards that has continued unabated ever since.

Three years after that, in 2009, a nonprofit advocacy organization called Next 10 teamed up with the research firm Beacon Economics to track the state’s progress in a detailed annual report called the California Green Innovation Index.

The ninth edition of the CGII has just been released, and it offers a good opportunity to reflect on how California has done so far and, more importantly, to grapple with the big challenge that lies just ahead.

To put it as simply as possible: California’s experience shows that decarbonizing the electricity sector is both possible and profitable, but to reach its ambitious carbon targets, the state will now have to decarbonize transportation — which brings a whole new and daunting set of difficulties.

As has so often been the case, California is a few steps ahead of the rest of the country in this, offering a preview of things to come. The state’s biggest decarbonization problem — cars — will soon become the nation’s.

California has expanded its economy while reducing its emissions

This is a familiar story by now, but always worth repeating. Since AB 32’s passage, the state has grown its economy and reduced its emissions, even through global recession.

“Since the passage of AB 32 in 2006,” Next 10 founder F. Noel Perry writes, “California’s GDP per capita has grown by nearly $5,000 per person — nearly double the national average — while California emissions per capita dropped by 12 percent.”

The state’s pursuit of advanced energy has also yielded an employment bonanza. For every job in fossil fuels, the state boasts 8.5 jobs in renewable energy. And an innovation bonanza: California leads the 50 states in patents in most areas of clean energy.

Perhaps the most notable success of all is California’s incredible progress in becoming more energy-productive — that is, in squeezing more GDP out of every unit of energy consumed. It has recently become the most energy-productive major economy in the world.

Similar progress has been made in carbon intensity — the amount of carbon emitted per unit of GDP. California has been trending steadily downward and ranks behind only New York among US states (though, to be fair, improving carbon intensity is true across most states, for macroeconomic reasons):

Anyway, one could go on.

Whether it is possible to begin decarbonizing a vibrant, growing economy without damaging its health is no longer an open question. California is doing it. When Republicans say that national climate policy would destroy the economy and US competitiveness, they owe us an explanation. Why? That’s not what happened in California.

But enough of the happy talk! The other takeaway from this year’s CGII is more daunting.

That’s fast. Which makes it a little disturbing that in the past year or two, the rate of decline in the state’s emissions has begun to slow:

It looks like the state is headed for a plateau.

The culprit for the slowing decline is a spike in transportation emissions. There was a dip in transportation emissions starting around 2008, with the recession. And though vehicles have gotten more efficient and more hybrids and EVs are on the road since then, the number of vehicles and vehicle miles traveled (VMT) have begun rising again, overwhelming efficiency gains.

That’s a bad thing, because transportation is the single biggest source of the state’s carbon emissions, more than twice as big as the electricity sector:

This is California’s next carbon challenge. Its decarbonization of the electric sector is underway. There are plenty of struggles ahead as it figures out how to integrate more variable renewables into its grid, but the process is underway.

On transportation, progress is negligible. The vast majority of vehicles (91.9 percent) still run on gasoline and diesel, and the number of vehicles and VMTs is just rising, especially as gas prices stay low. More people are driving.

Also, the state’s housing crisis means that people are living farther from their jobs and commuting farther. And research has found that vehicles at slower speeds produce more carbon dioxide, so rising congestion means rising emissions.

Passenger vehicles are the problem. There are two solutions.

One is electrifying the vehicle fleet. California is doing more along those lines than most states. As of 2016, almost half of all zero-emission vehicles (ZEVs) sold in the US were sold in California. The numbers are rising quickly:

But as you can see by noting the numbers on the right side of that chart, the totals are still a relatively small portion of the total fleet. As of the first quarter of 2017, 5 percent of vehicle sales in the state were ZEVs.

Those numbers will have to rise rapidly if the state wants to hit its 2030 target.

The other solution to passenger vehicles is reducing commuting times by solving that housing crisis, and getting people out of their cars by increasing infill and density via building out proper public transportation systems (which themselves will need to be electrified). Unfortunately, cheap gasoline lately has meant a decline in per capita public transportation use in almost every major California city.

Those numbers will also need to reverse rapidly if California wants to hit its 2030 target. The state can no longer pretend that its housing crisis is one thing and its climate crisis another. Smart urbanism is a key part of a smart climate strategy.

California has shown the rest of the US, and the world, that aggressive climate strategy is compatible with a robust and growing economy.

But now it’s time for the state to blaze another trail, by doing something no jurisdiction has done in more than half a century: solve cars.