CAN OUR NEED FOR A CARBON-FREE FUTURE OVERRIDE OUR FEARS OF NUCLEAR ENERGY? 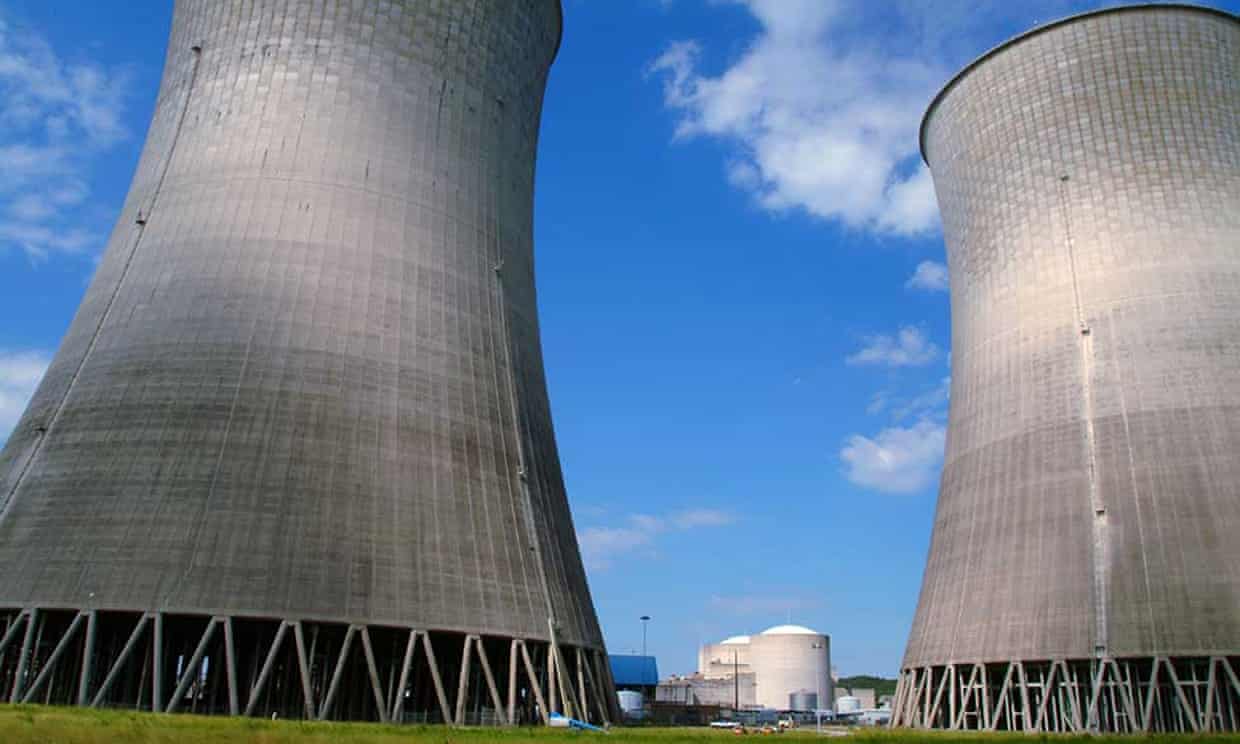 When Watts Bar 2 is fully operational, it will be the 100th operating nuclear power plant in the US. Photograph: Bechtel

Unlike coal and natural gas plants that emit carbon emissions while producing electricity, nuclear generates none. So why aren’t more states getting onboard?

estled between Chattanooga and Knoxville, Tennessee, the Watts Bar 2 nuclear power plant sits on 1,700 acres in an area friendly to nuclear power. It’s near Oak Ridge National Laboratory, which might be best remembered for its work on the Manhattan Project. The 1,150-megawatt plant is undergoing testing to go fully online this month, and will join the existing 1,100-megawatt Watts Bar plant, which already provides 650,000 area homes with electricity that emits zero carbon emissions.

When Watts Bar 2 is fully operational, it will be the 100th operating nuclear power plant in the US, the country with the most nuclear power stations in the world.

Watts Bar 2 is making history for being the first nuclear power plant to be built in the US in two decades. Its existence also happens at a time when the role of nuclear power in the country’s energy future is uncertain. While states such as California are shutting down nuclear power plants over safety concerns, other states see nuclear power playing an important role in their march to replace fossil fuels with energy sources that emit little or no emissions. Georgia and South Carolina, for example, are currently building plants.

The number of states that support nuclear is by no means high. Although 29 states have renewable energy goals, until recently, only Indiana and Ohio expressly included nuclear energy in those strategies. But other states are starting to craft plans to subsidize nuclear power generation, which accounts for 20% of the nation’s total electricity production.

Unlike coal and natural gas plants that emit carbon emissions while producing electricity, nuclear generates none and accounts for 63% of the country’s zero-emission electricity, according to the Nuclear Energy Institute (NEI), a nuclear power advocacy group.

New York recently joined the two other states by including nuclear as part of its clean energy plan, which calls for 50% of its electricity to come from renewable sources by 2030. The move illustrates the difficulties of reaching the goal with renewables such as solar and wind alone.

“If you think of the time it will take to make those renewable additions, we are digging the hole too deep on carbon emissions and losing time. New York did the right thing,” said Paul Meier, an environmental engineer at Blumont Engineering Solutions, specializing in modeling energy and emissions scenarios. 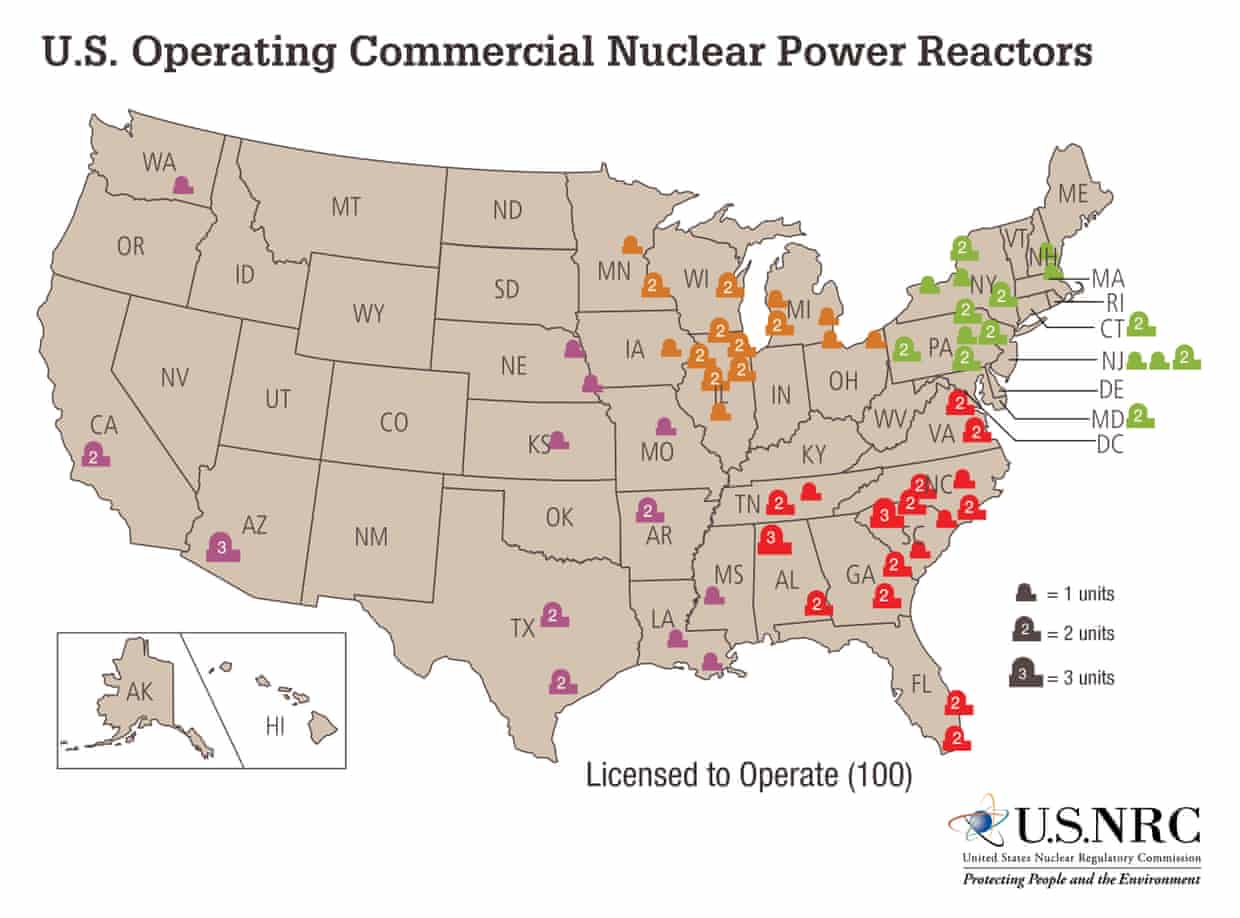 What makes New York’s subsidy program unique is it’s the first time that nuclear power will receive the same environmental and social benefits ascribed to wind and solar, said Gene Grecheck, former president of the American Nuclear Society, a professional organization of engineers and scientists and a current co-chair of a committee at the society that advises state policy makers.

Unlike wind and solar energy which receive hefty federal and state subsidies, nuclear providers have not seen the same support despite providing a consistent, large scale and reliable carbon-free energy. The enormous cost of developing a nuclear power plant and safety concerns that grew out of the three melting Fukushima Daiichi nuclear reactors in Japan in 2011 have made nuclear seem a risky option for addressing climate change.

Each nuclear power plant could take around $10bn and 10 years to develop and build, said Matt Crozat, NEI’s senior director of business policy. Justifying that cost is tough at a time when natural gas doesn’t have the same risk profile, and its price is low.

As a result, nuclear is a particularly expensive energy in states that allow multiple electricity retailers to do business in the same region. A utility that buys nuclear power will likely have to raise the price it charges and become a less desirable option. In states that allow utilities monopolies, such as California, the utilities need to justify the higher rates when they seek state approval to charge customers more, but they don’t have to worry about competition.

Since 2013, about 13 nuclear plants around the country have been or are slated for shutdown, largely because of low natural gas prices and the rise of renewable energy, NEI said. California plans to close its last nuclear power plant in about nine years. Illinois has not come up a plan to avoid early retirement for two plants. Nebraska’s nuclear plant will close, said Edward Kee, chief executive officer of the Nuclear Economics Consulting Group. Ohio is trying to come up with a plan to keep its Davis-Besse nuclear plant going.

Under the new program, New York is requiring its energy suppliers to start, in April 2017, to pay to pay a premium for nuclear energy because of its environmental benefit.

The higher revenues will make two of New York’s plants profitable and help the third at least break even, said Lela Jgerenaia, US power market analyst at Bloomberg New Energy Finance. In 2015, the average wholesale electricity prices for the two plants ranged from $22.49 per megawatt hour to $39.36 per megawatt hour. The average cost of running nuclear power plants nationwide is about $35 per megawatt hour to run, Kee said.

If the three struggling plants in New York closed today, the state’s carbon emissions would increase by more than 31m metric tons during the next two years, resulting in public health and other societal costs of at least $1.4bn, the governor’s office said. In the first two years of the 12-year program, the credits are forecast to cost about $1bn and raise residential power bills by less than $2 a month, the office added.

Geoffrey Heal, professor at Columbia Business School with a focus on environmental economics, applauds New York’s decision to create the zero-carbon emission credits, rather than seek to close and replace them with natural gas plants.

“If you really want to reduce carbon substantially – and the US stated in its Paris (climate agreement) submission that it would like for these carbon emissions to be down 80% by 2050 – that would mean basically taking all fossil fuels out of electricity production. If you’re going to go carbon free in power generation, you have to have wind, solar and nuclear,” Heal said. 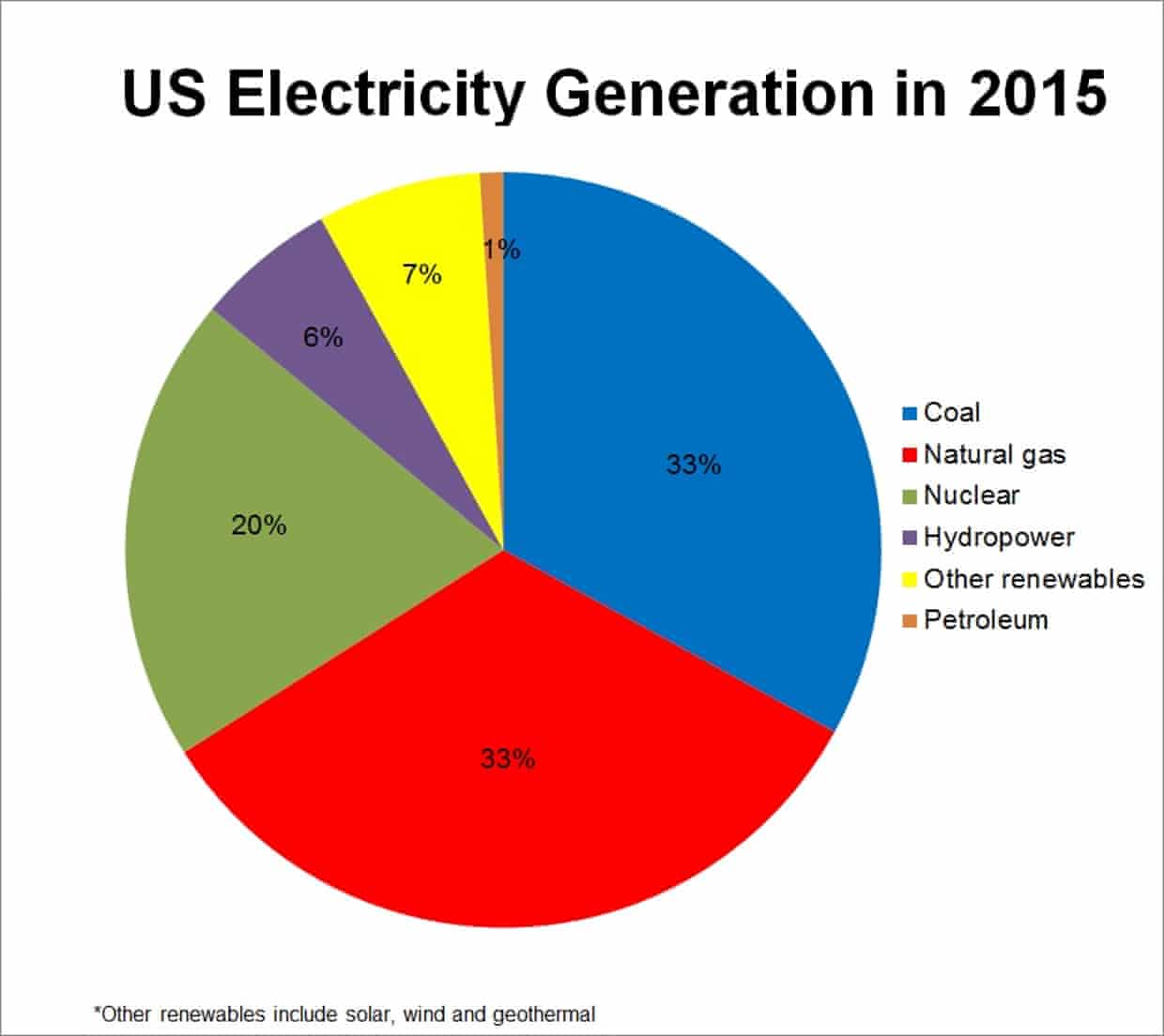 Nuclear is tough to love

Whether New York will lead other states to use emissions credits to support nuclear power is too early to tell, Grecheck said.

Public opposition to nuclear has historically played a role in prolonging the time and cost of developing a power plant. But lately, some environmentalists believe climate change is so far gone they’re willing to overlook the pitfalls of nuclear, including the headache with disposing of toxic nuclear waste.

For Bob Brecha, professor and research director for the Hanley Sustainability Institute at University of Dayton in Ohio, the best role currently for nuclear is to be a substitute for fossil fuels until wind and solar, along with technology to store these intermittent energy sources, can meet 100% of the power needs.

Environmental objection remains strong for groups such as the Sierra Club, which opposes to the nuclear provision in New York’s clean energy plan.

Southern Company’s $8bn Vogtle plant in Georgia will be the largest US nuclear plant when it’s scheduled to open by 2020.

The Vogtle Power Plant in Georgia, majority owned by Southern Company, will be the largest US nuclear plant when it’s scheduled to open by 2020. Southern Company’s share of the project is estimated at $8bn, and some estimates place the entire price tag at $21bn.