CATHOLIC ORDERS TAKE THEIR LEAD FROM THE POPE AND DIVEST FROM FOSSIL FUELS... 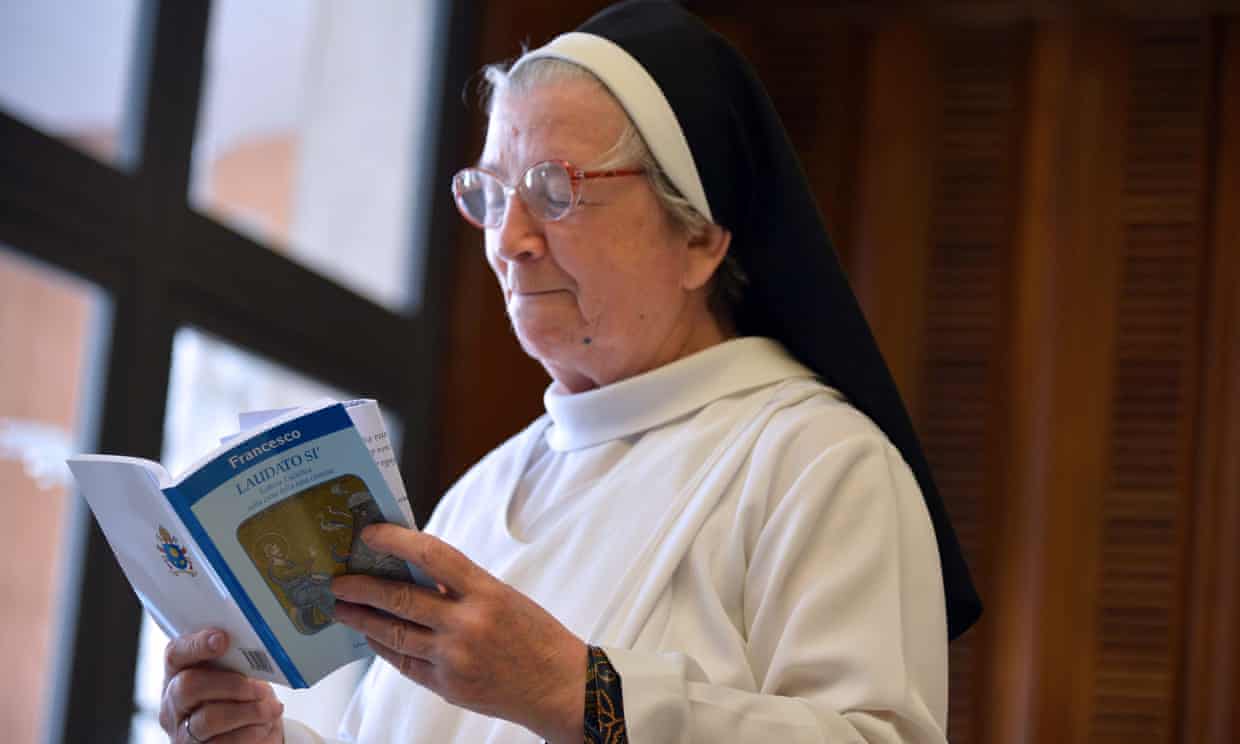 A nun reads Pope Francis’s encyclical, a collection of principles to guide Catholic teaching, entitled Laudato Si’, at its official presentation, on 18 June, 2015 at the Vatican. Photograph: Vincenzo Pinto/AFP/Getty Images

Four Australian Catholic orders are jointly and publicly divesting from coal, oil and gas: ‘We believe the Gospel asks no less of us’...

Four Australian Catholic organisations have announced they are completely divesting from coal, oil and gas in what they say is the first joint Catholic divestment anywhere in the world.

The move comes as prominent Jewish rabbis, Muslim clerics, Anglican bishops and other religious leaders call on the Australian government to protect the Great Barrier Reef, stop approving coalmines and remove subsidies to the fossil fuel industry, in an open letter published by the Guardian. 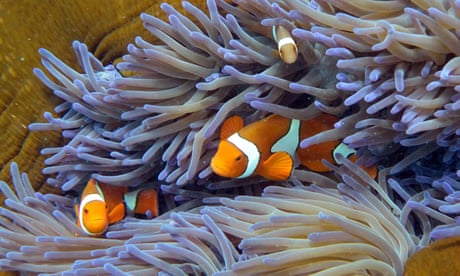 The divestment announcement – the first by any Catholic organisation in Australia – and letter were coordinated by the multi-faith group the Australian Religious Response to Climate Change, in partnership with the environmental group 350.org.

It comes a year after Pope Francis, in his second encyclical, Laudato Si’, called on all people – not just Catholics – to take “swift and unified global action” to protect the environment and stop global warming. It is part of Laudato Si’ week, in which Catholic organisations around the world discuss their role in tackling climate change.

At the time the papal intervention was labelled “explosive” and “the most astonishing and perhaps the most ambitious papal document of the past 100 years”.

Thea Ormerod, the president of the Australian Religious Response to Climate Change, told the Guardian it was a significant step for Catholic organisations to publicly announce they were divesting from fossil fuels.

“They’re often happy to make lifestyle changes, to take responsibility in their own congregations for a lighter carbon footprint,” she said. “But going out and saying what they’re doing is a bit against the culture of the organisation. The nature of the organisation is quite different – it’s a private spirituality.”

Ormerod said her organisation had been working with Catholic groups – as well as other faith groups – encouraging them to take a public stance, treating environmental issues the way many religious groups have approached Australia’s detention of asylum seekers.

Since the pope issued his encyclical a year ago, Ormerod said her job had become much easier. “[The pope] saying our need to move away from fossil fuels is urgent – that’s quite powerful. Sometimes parishioners have been told by the parish priest, ‘No, that’s too political – it’s not aligned with Catholic values.’ No priest can say that now.”

Father Thomas McDonough from the Passionists said his congregation had been aware of the need to be “ecologically responsible” for years. “Pope Francis, in his Laudato Si’, crystallised for us the level of responsibility we need to take as a congregation – the urgency for action ever more apparent,” he said.

“So we trustees of the Passionists took the decision to begin diverting our investments from fossil fuel extractive industries and into renewable energy. We believe the Gospel asks no less of us.” 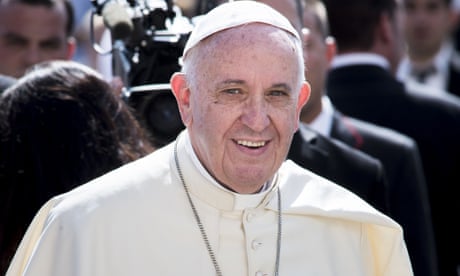 The amounts of money the groups have is unlikely to be significant, but Ormerod said the symbolism was of enormous significance. “What it’s going to do is say to other Catholic organisations, ‘Hey, this is something we should be doing,’” she said.

“If it’s not moral to be burning fossil fuels, we shouldn’t be extracting them from the ground or profiting from that. It’s an extension of the principles and values that Pope Francis talked about.”

In the multi-faith open letter, the signatories criticise the commitments to counter climate change made by Australia’s Liberal and Labor parties. It reads: “So far, the election debates have failed to assign due priority to global warming. While Labor’s policies are more ambitious in some areas, Labor remains supportive of subsidies to fossil fuel companies. Neither of the major parties currently plan to wind back coal and gas mining.”

@MikeySlezak
Wednesday 15 June 2016 16.19 EDT
source: http://www.theguardian.com/us
original story HERE
To see our most current positions, opinions, comments, agreement or disagreement with this article, and/or possible criticisms related to the subjects or facts raised in the above article, click here.  Then look for those subjects in the navigation links at the top the page. To learn about more about global warming, climate change or greenhouse gases as well as the causes, consequences, solutions, definitions, facts and tipping points related to these subjects, click here.
To automatically be emailed a summary of the latest news on global warming, sign up for our Global Warming Blog by clicking here. (Put your email address in the Global Warming Blog Subscribe box at the bottom right of the page.)
To sign a critical petition for declaring a national and international global warming State of Emergency, click  here!