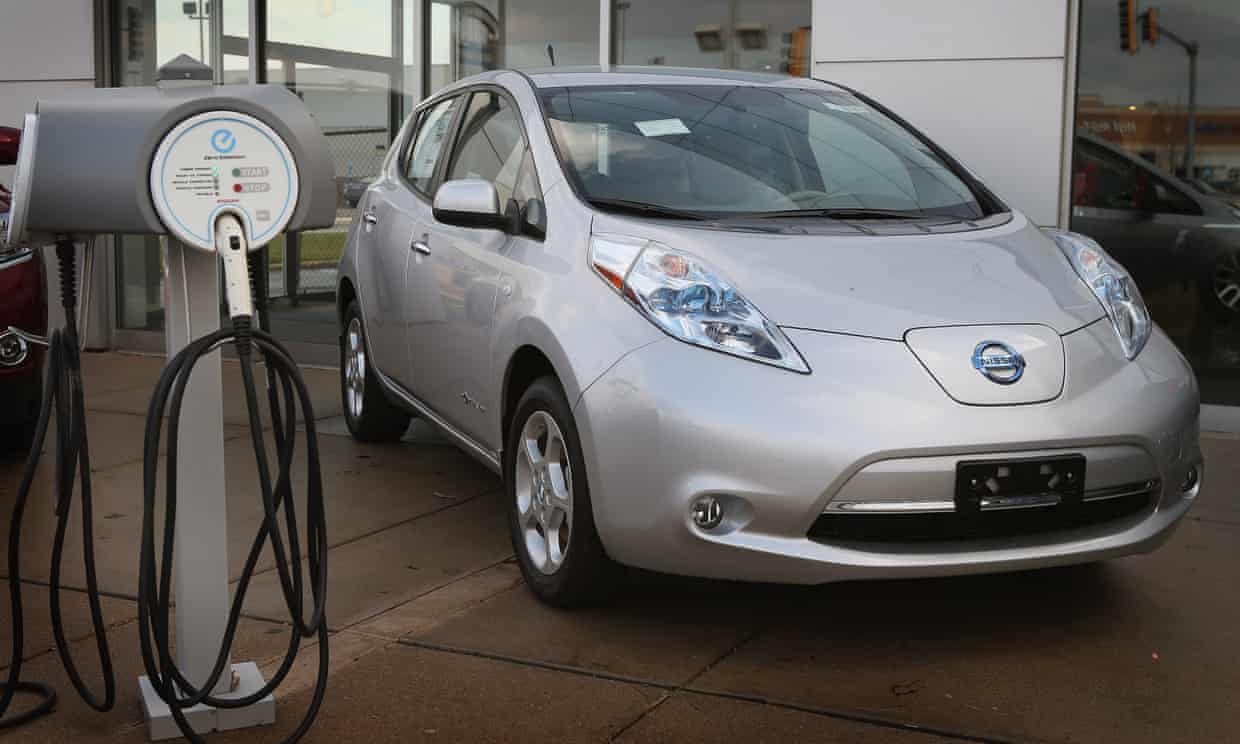 A new process for converting natural gas into hydrogen could be the solution for powering electric vehicles Photograph: Scott Olson/Getty Images

With hydrogen tipped to become an important clean energy fuel, a new process may be the solution to powering electric vehicles and heating buildings...

An Australian company is using “cheap as dirt” iron ore to convert methane in natural gas into hydrogen. Importantly, their process generates near-zero emissions, as the carbon content of the gas is captured in the form of high-quality graphite.

As a clean-burning fuel, hydrogen could play a key role in future energy markets, but production methods are still too energy-intensive and costly. 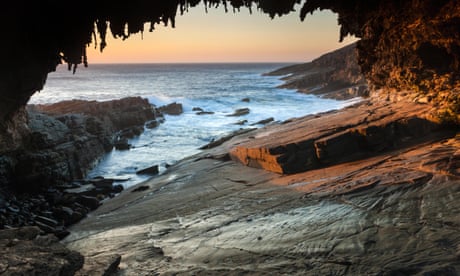 Australia’s third-biggest island could combine wind, solar, PV and battery storage to fuel own electricity needs – and set a blueprint for the rest of the country

Hazer Group is a Perth-based company, spun out of the University of Western Australia, which plans to halve the cost of hydrogen production. It is currently scaling-up its patented process, based on “methane cracking”.

“The chemistry is remarkably simple,” says Geoff Pocock, the managing director of the ASX-listed company, which raised A$5m at its initial public offering in September 2015. “You can think of it as a self-sequestering energy production system.”

As natural gas passes through the heated iron ore catalyst, methane in the gas breaks down into its constituent elements: hydrogen and carbon. But instead of carbon dioxide, would-be emissions are captured in the form of solid graphite.

Some of the hydrogen is used to power the system, and in the surplus “you’ve got a hydrogen source, which hasn’t got a CO2 footprint,” he says.

Halving the cost of hydrogen

What’s most intriguing about Hazer’s process is the ultra-cheap catalyst and the secondary commodity in graphite, which can be sold to offset production costs.

Graphite is used in the production of lithium-ion batteries, and while prices vary depending on the quality, Pocock says it averages at about US$1,000 per tonne. Globally, the graphite market is worth around US$13bn annually. 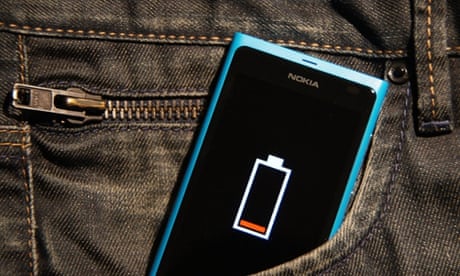 New research pushes aluminium batteries as the next generation technology to revolutionise mobile devices, but what else could finally make smartphones last more than a day

“The early stage indication is certainly that it has the potential to be not only the cleanest but the cheapest way of making hydrogen globally,” says Pocock.

“We’re using a catalyst that, in Western Australia in particular, is as cheap as dirt. You can throw it away when you don’t need it anymore, and it suddenly means that the catalyst cost comes out of the economics of the process.

A gateway to cleaner energy

When hydrogen is combusted to generate heat, or used in fuel cells to generate electricity, the only byproduct is water. As a result, it has long been heralded as a low-carbon energy carrier, which could replace gasoline as a transport fuel, powering electric vehicles, or natural gas as fuel to heat buildings.

But less than 5% of the 65m tonnes of hydrogen produced each year (comprising a market worth about US$100bn annually) is currently used for energy applications, says Pocock.

Hydrogen is primarily used as an industrial chemical in the oil and gas industries, and for producing ammonia, which is used to make fertiliser and explosives. Many companies set up energy-intensive, greenhouse gas-emitting production plants on-site, to make hydrogen where it’s needed. 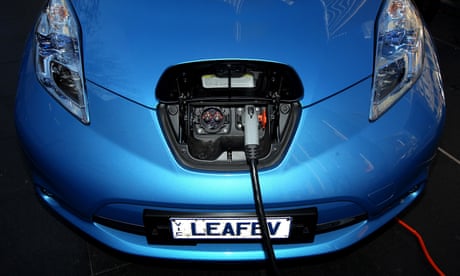 Hazer has long-term plans to build and operate small and medium-sized plants that will be cost-competitive with on-site industrial chemical plants. Pocock says there would also be an opportunity to sell hydrogen to buyers in energy markets, either as a bulk commodity or as electricity.

The chemistry of methane cracking has been understood since the 1950s. But until now, catalysts – such as nickel – were typically more expensive than the resulting graphite.

This created an economic dilemma: graphite forms in layers on the surface of the catalyst, and at a certain point, causes it to deactivate, or stop working.

But because the catalysts were so expensive, producers needed a way to recover them for future use. This additional step in the process was costly and involved burning off the graphite. 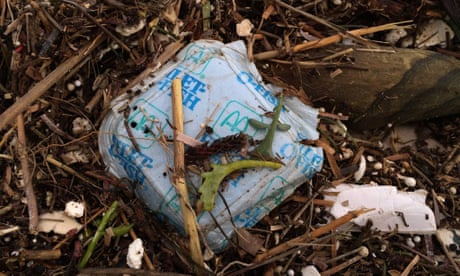 An Australian startup has found a way to transform end-of-life plastics into bio-crude fuel. But is this a sustainable solution or just pollution displacement?

“That’s why the use of iron ore is such a benefit,” says Pocock. “What it’s doing is reducing the economic barrier of this process being commercialised.”

While there are some CO2 emissions associated with mining iron ore, Pocock says these aren’t a factor for Hazer because they use a relatively small amount of the mineral.

For each tonne of iron ore used as a catalyst, Hazer will be able to produce up to 10 tonnes of hydrogen, says Pocock.

Similarly, the company doesn’t factor in the emissions associated with producing natural gas. Pocock says this is true of alternative hydrogen producers, who also rely on fossil fuels.

“As long as you’re comparing like for like, you are getting a legitimate picture of the overall CO2 reduction between each process”, he says.

Advances in iron ore catalysis of interest to science

Dr Ken Chiang is a chemical engineer at CSIRO, who is not involved with Hazer Group.

While Chiang couldn’t comment on Hazer’s specific process, he says iron ore has been “considered as an option for a catalyst by many research groups”. 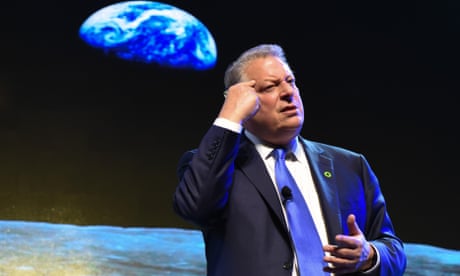 “Iron ore is much cheaper than many commercial catalysts,” he says. “Any development in iron ore catalysis will be very interesting fundamentally.”

He says graphite will provide the company with an additional income stream.

Hazer Group, which formed in 2010, is currently working with scientists at the University of Sydney’s Laboratory of Sustainable Technologies to scale up their process.

By the end of 2017, the company plans on having a pilot plant capable of producing tens to hundreds of kilograms of hydrogen per day, or about 30 tonnes per year.

To reach an industrially relevant scale, it will need to build plants that can produce more than 10,000 tonnes per year, says Pocock.

He says the company is also interested in using methane from bio-gas, derived from plants and other organic matter.

In this way, Hazer could effectively become a carbon sink, he says.

“If you look at the whole [carbon] cycle, the carbon that was previously atmospheric CO2 could be stored in the form of sustainable, commercially viable graphite.”