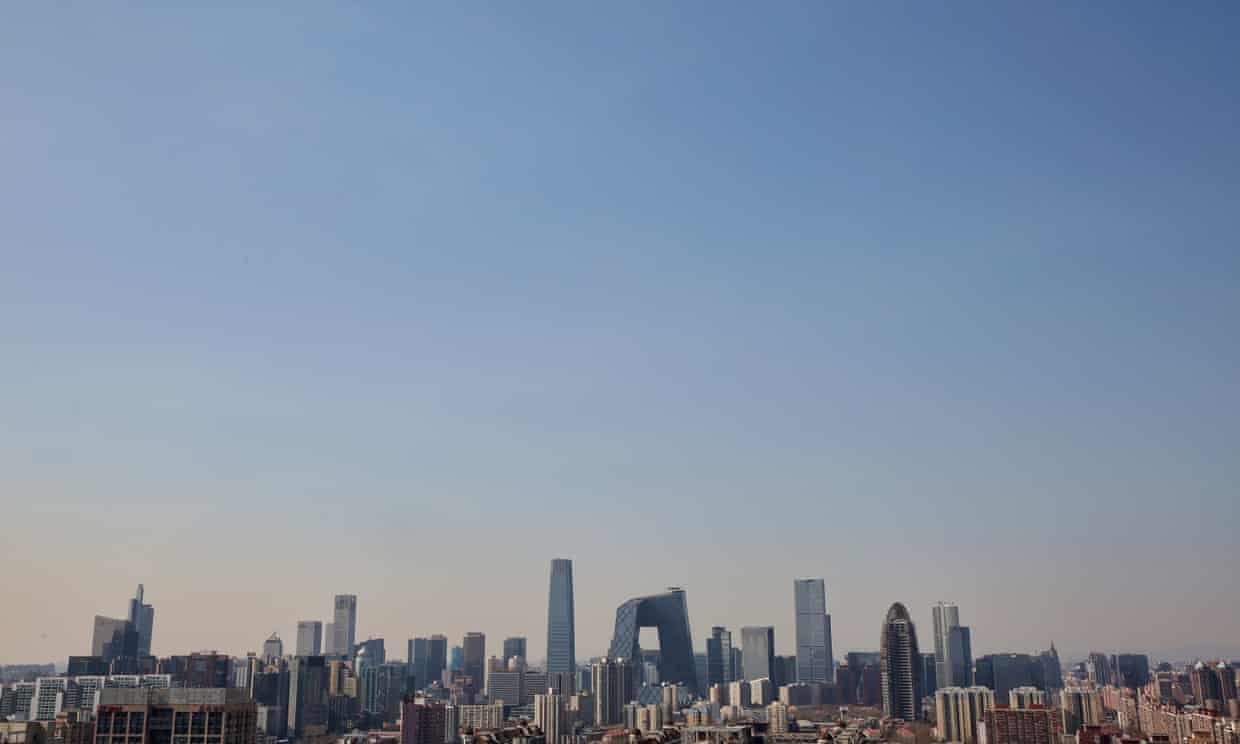 Study by economists say achievement by world’s biggest polluter may be a significant milestone, rather than a blip...

The global battle against climate change has passed a historic turning point with China’s huge coal burning finally having peaked, according to senior economists.

They say the moment may well be a significant milestone in the course of the Anthropocene, the current era in which human activity dominates the world’s environment.

China is the world’s biggest polluter and more than tripled its coal burning from 2000 to 2013, emitting billions of tonnes of climate-warming carbon dioxide. But its coal consumption peaked in 2014, much earlier than expected, and then began falling.

The economists argue in a new paper on Monday that this can now be seen as permanent trend, not a blip, due to major shifts in the Chinese economy and a crackdown on pollution.

How the world uses coal – interactive

“I think it is a real turning point,” said Lord Nicholas Stern, an eminent climate economist at the London School of Economics, who wrote the analysis with colleagues from Tsinghua University in Beijing. “I think historians really will see [the coal peak of] 2014 as a very important event in the history of the climate and economy of the world.”

The team’s analysis, published in the Nature Geoscience journal, concludes that China’s coal peak “may well be an important milestone in the Anthropocene and a turning point in international efforts to [cut] the emissions of climate-altering greenhouse gases”.

The struggle to tame climate change and avoid the “severe, widespread, and irreversible” damage predicted by scientists is often seen as too difficult. Even the successful global climate deal signed in Paris in December is not yet enough to hold world temperatures below a 2C rise, which is seen as the danger limit, and will need to be ratcheted up.

But Stern said he thought the breakthrough in China would drive further action by other nations: “Given the international political and economic structures we now have to manage climate change, I think it will be very influential on others.”

The UN’s climate chief, who oversees the global climate negotiations, welcomed the analysis. “This assessment of the possible peaking of China’s coal use is a very positive development in international efforts to address climate change,” said Patricia Espinosa, the incoming executive secretary of the UN Framework Convention on Climate Change.

She added: “It underlines how ambitious and deliberate policies to shift away from highly polluting fuels to cleaner energy sources can deliver global climate benefits and national improvements in health and indeed in people’s lives.”

To enter into force, the Paris climate deal requires the majority of large emitting nations to ratify it. Espinosa said: “I hope these positive developments reported today will encourage more countries to step forward so that Paris enters into force sooner rather than later.”

Stern said that China’s progress indicates its total carbon emissions will start falling before 2025, well ahead of its official target date of 2030. Prof John Schellnhuber, at the Potsdam Institute for Climate Impact Research and a former adviser to German premier Angela Merkel and Pope Francis, said it could even happen by 2020, which would represent stunning progress.

Turning around the runaway coal train in China is a mammoth task. Given this, premier Xi Jinping's pledge to stop emissions growth before 2030 is seen as a vital, impressive step for the future of the planet. Read more...

The peaking of China’s coal use is very significant, Schellnhuber said: “It is a turning point and very good news.” But he argues that another, steeper, downturn in coal burning will be needed in future to stabilise the global climate.

“If we take the 2C target seriously, coal really has to disappear,” he said. “I think coal will have to be phased out completely in all countries of the world by about 2035.” Schellnhuber, one of the world’s most influential climate scientists, said in 2015 that an “induced implosion” of the fossil fuel industry was required to beat climate change.

The latest official government statistics from China support the idea that its coal use peaked in 2014. Coal production fell 9.7% in the first half of 2016 compared to 2015, which itself saw a 5.8% decline on 2014, and coal burning fell 3.7% in 2015. China’s total emissions have been near flat in recent years.

Stern said there are a series of deep and long-term transformations taking place in China, which means the nation’s falling coal use is now a permanent trend. One is the falling rate of economic growth from 9-10% to about 6% and the transformation of the Chinese economy away from heavy industry and towards more hi-tech and service sectors, which are much less dependent on energy.

There is also a serious focus on improving energy efficiency, he said, to avoid dependency on imported fuels.

Another critical factor is a major policy shift from the Chinese government to tackle the pollution of air and water that blights many citizens. Stern said China’s emergence as a global power in recent decades was important too, as well as its self-interest in avoiding global warming.

“It is partly the sense of responsibility that China really does feel” as a global power, he said. “But it is also climate change itself. Water has dominated Chinese thinking for millennia and its major rivers come off the Himalayas. What happens to the Himalayas and its ice caps is absolutely crucial to China, and of course climate change is mostly a water phenomenon.”

As coal declines, clean electricity in China is increasing rapidly with solar power up 28% in the first half of 2016, nuclear up 25% and wind and hydropower both up 13%. But challenges remain, including connecting new windfarms to the grid. China’s Renewable Energy Industries Association says that 15% of the wind power produced in the country in 2015 was wasted.