CHURCH OF ENGLAND SHOULD LEAD ON CLIMATE CHANGE BY DIVESTING FROM EXXONMOBIL... 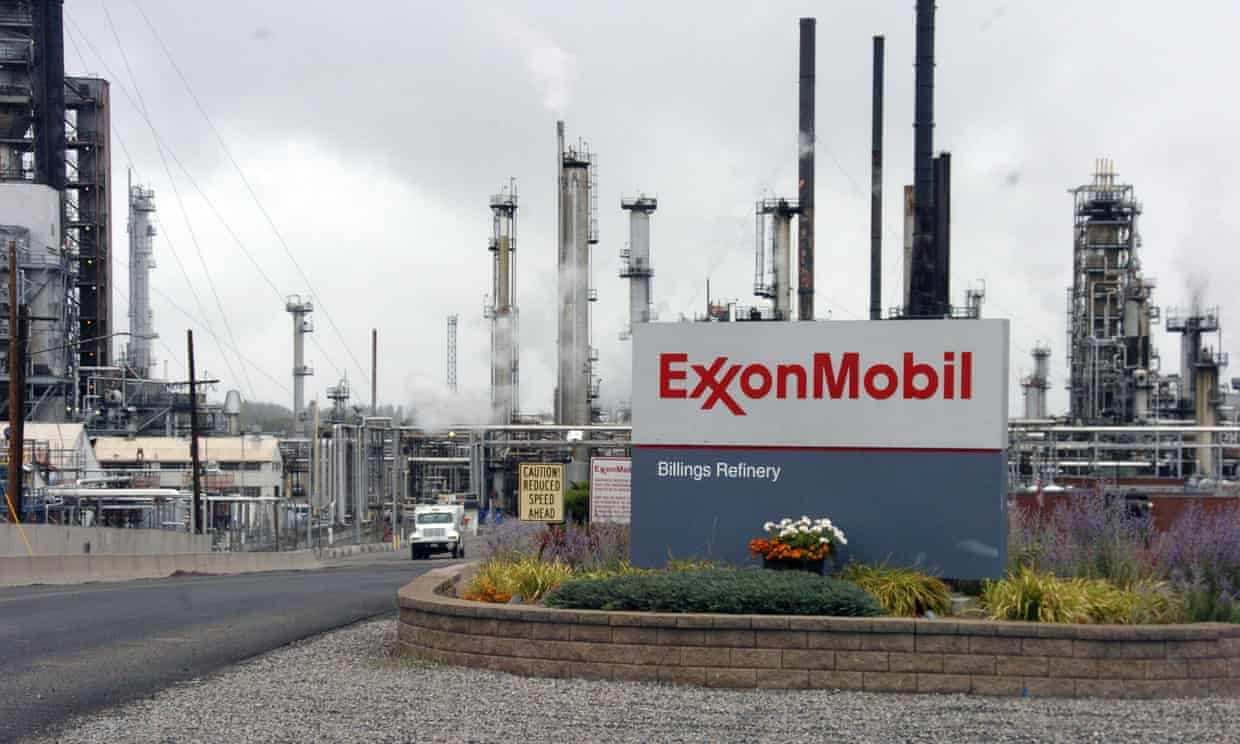 ExxonMobil knew about the risks of climate change in the 1970s, yet misled the public for decades, say Anglican clergy asking the church to stop investing in the oil and gas company. Photograph: Matt Brown/AP

Anglican clergy, including five bishops, broadcaster Richard Coles and Olivia Graham, call on the church to support the aims of the Paris climate agreement by divesting from fossil fuel companies...

This week, governments from around the world will meet in Bonn for the next round of UN climate talks. The Paris climate change agreement, which was signed by 195 countries in December 2015, included a commitment to hold the increase in the global average temperature to “well below 2C … and to pursue efforts to limit the temperature increase to 1.5C above pre-industrial levels”.

A lot has happened since then. We have witnessed the shameful decision of the president of the United States to withdraw from the Paris agreement. Average global temperatures have risen to more than 1C above pre-industrial levels. Extreme weather events, which are becoming more frequent as a result of climate change, have had devastating impacts, leading to loss of life and severe destruction in the US and the Caribbean, Africa, South Asia and as close to home as Ireland.

We believe that churches and other investors can and should support the shift from fossil fuels to clean alternatives through their investment policies. Although the Church of England divested from companies involved in the extraction of coal and tar sands in 2015, it continues to hold significant investments in major oil and gas companies.

While many of us believe that the church should divest from all fossil fuel companies for ethical reasons, we are especially concerned about its continued investment in the US oil and gas company ExxonMobil.

A recent Harvard academic study shows that Exxon knew about the risks of climate change in the 1970s, yet misled the public for decades. It says that the company sought to cast doubt on the climate science, taking out paid editorials in major US newspapers questioning whether global warming was real and caused by humans. Exxon’s board of directors has advised shareholders to vote against all resolutions on climate change since 1990.

The financial risks of investing in fossil fuels are also increasing. A recent Carbon Tracker report, 2 Degrees of Separation, showed that five out of six major oil and gas companies are risking more than 30% of potential investments – with a value of $2.3 trillion – on projects that are not aligned with the Paris agreement targets. ExxonMobil risks wasting between 40% and 50% of its future spending.

Time is running out to prevent the worst impacts of climate change. While some governments and companies pursue policies that are leading us in the wrong direction, the Church of England is uniquely placed to show moral leadership through its investment policies.

Now is the time for decisive action. We call on Church of England investors to take the lead and immediately divest from ExxonMobil.