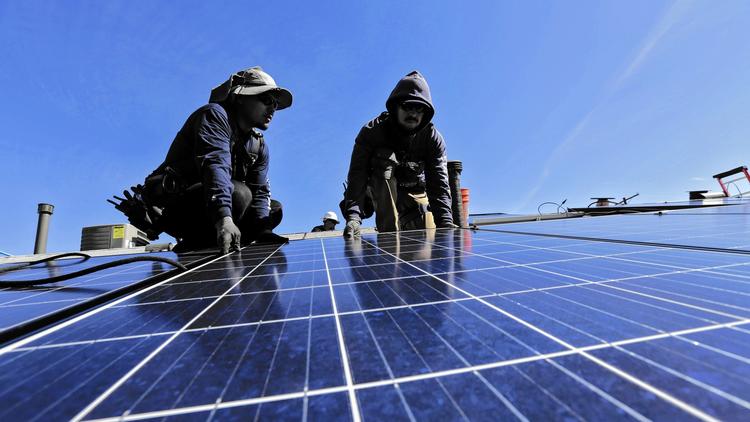 Mark Bauhaus used to make a point of avoiding Sacramento. Like other technology executives, he saw state politics as nothing more than a drag on Silicon Valley’s freewheeling innovation...

Yet this month he was walking the halls of the Capitol, wearing an advocacy group’s pin on his suit jacket and holding a folder of fact sheets as he visited lawmakers to push for a new law on climate change. Although the oil industry and some manufacturers have opposed the legislation, Bauhaus and his compatriots are embracing the proposal as an opportunity.

“Business has to stand up and say, ‘Yes, this is important,’” Bauhaus said. 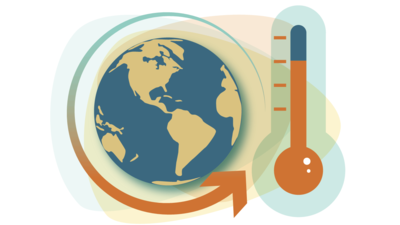 The goal is to show that support for environmental regulations extends beyond tree huggers to people who sit in corner offices and to prevent skeptical lawmakers from dismissing climate policies as “anti-business.” The coalition of supporters includes electric bus builders, biofuel producers and investors who see green cash in green energy.

For them, legislation that would extend the state’s target for reducing greenhouse gas emissions is an economic boost, not the job-killing, cost-increasing red tape that critics say it is. The proposal, Senate Bill 32, would require the state to lower emissions to 40% below 1990 levels by 2030, a stiffer target than the current goal of reaching 1990 levels by 2020.

Advocates say passing the legislation would send a signal that California will continue being the right place to invest in clean energy, an industry they hope will take its place in the state’s economic pantheon alongside film production, aerospace and technology.

Debating whether to continue California’s climate programs is like asking, “Should we vote to extend Hollywood in Hollywood?” said John Cheney, a San Francisco investor.

“It’s a huge amount of jobs,” he said. “It’s a miraculous part of the economy.”

Not everyone feels that way. Rob Lapsley, president of the California Business Roundtable, which represents the state’s largest corporations, said clean energy advocates are pushing for policies that will only help themselves while driving up costs for others.

“They’re rushing to lock in investments for their own projects, and they don’t necessarily care about the other 98% of jobs in the economy,” he said. “And we do.”

Here are the big issues being considered by lawmakers this month »

The state Senate already passed the legislation, but it faces a tougher battle in the Assembly, where lawmakers are more skeptical of its benefits. With the legislative session ending Aug. 31, Gov. Jerry Brown has already signaled that he’s looking further down the road to make the changes he wants, possibly through a ballot measure in 2018.

Companies working on climate-related initiatives don’t want to wait that long, saying they must plan years into the future and need policies they can count on.

If lawmakers delay, “you’re creating massive uncertainty in the markets,” said Rick DeGolia, a technology executive who is also a city councilman in the Bay Area town of Atherton. “You’re telling entrepreneurs to go elsewhere.”In an attempt to assuage lawmakers’ concerns about the effect of regulations, Environmental Entrepreneurs, an advocacy group better known as E2, tallied up 500,000 clean energy jobs in the state  and broke them down by Assembly district.

Assemblyman Jim Cooper (D-Elk Grove) said he’s not sold on the benefits of the legislation, which he fears would cede too much authority to unelected regulators.

“It is good for some businesses,” he said. “But I’m looking at the entire package of it.”

Cooper is a leader in the so-called “moderate caucus” of Democrats who are often described as ”pro-business.” But to some advocates, that description isn’t accurate.

“You’ve got to look at the oil-and-gas donations,” said Maureen Blanc, director of Charge Across Town, a nonprofit that supports electric vehicles. “There’s just a really obvious trail.”

Tipping the balance of power in the Legislature away from oil companies is a challenge. The industry put millions of dollars into advertising last year to fight a proposal to reduce gasoline use for transportation, and the Western States Petroleum Assn. has spent $14 million on lobbying since the beginning of 2015.

Companies are pumping even more money into lawmakers’ campaigns this year.

“Oil has been involved in California’s history for quite some time,” said Thomas Lawson, president of the California Natural Gas Vehicle Coalition. “We’re new.”

For Lawson and his allies, a key part of the debate is the low-carbon fuel standard, a state regulation that requires reducing the carbon content of gasoline by 10% by 2020. The oil industry wants to use the debate over environmental laws as leverage to undo, or at least limit, the program.

Catherine Reheis-Boyd, president of the Western States Petroleum Assn., said the organization supports addressing climate change but fears that the state’s policies are putting it at a “competitive disadvantage.”

If lawmakers want to reduce greenhouse gas emissions, she said, “one would hope that decision makers would do it in the most cost-effective manner.”

CalStart, an advocacy group that supports cleaner transportation, and others are fighting to protect the low-carbon fuel standard. Because companies can earn a financial incentive for producing biofuels or charging electric vehicles, they’ve incorporated the regulation into their own business plans.

Proterra, an electric bus company that relocated its headquarters from South Carolina to the Bay Area, is planning a new manufacturing facility in the City of Industry. When company officials pitch their buses to transit officials, they make sure to point out that the low-carbon fuel standard helps reduce operating costs.

“That’s really one of the best selling points,” said Kent Leacock, director of government relations for Proterra, who visited the Capitol with a CalStart group recently. “There’s a lot of companies out there that are benefiting, thriving and adding jobs with policies put in place by California.”

CR&R Inc. is building a facility in Riverside County for turning food waste into biofuel. Paul Relis, the company’s senior vice president, said he’s been reaching out to lawmakers to persuade them to protect the fuel program. He chuckled when asked about whether the regulations are good for business.

“We think we’re a business,” Relis said. “Our people are part of the workforce of California.”