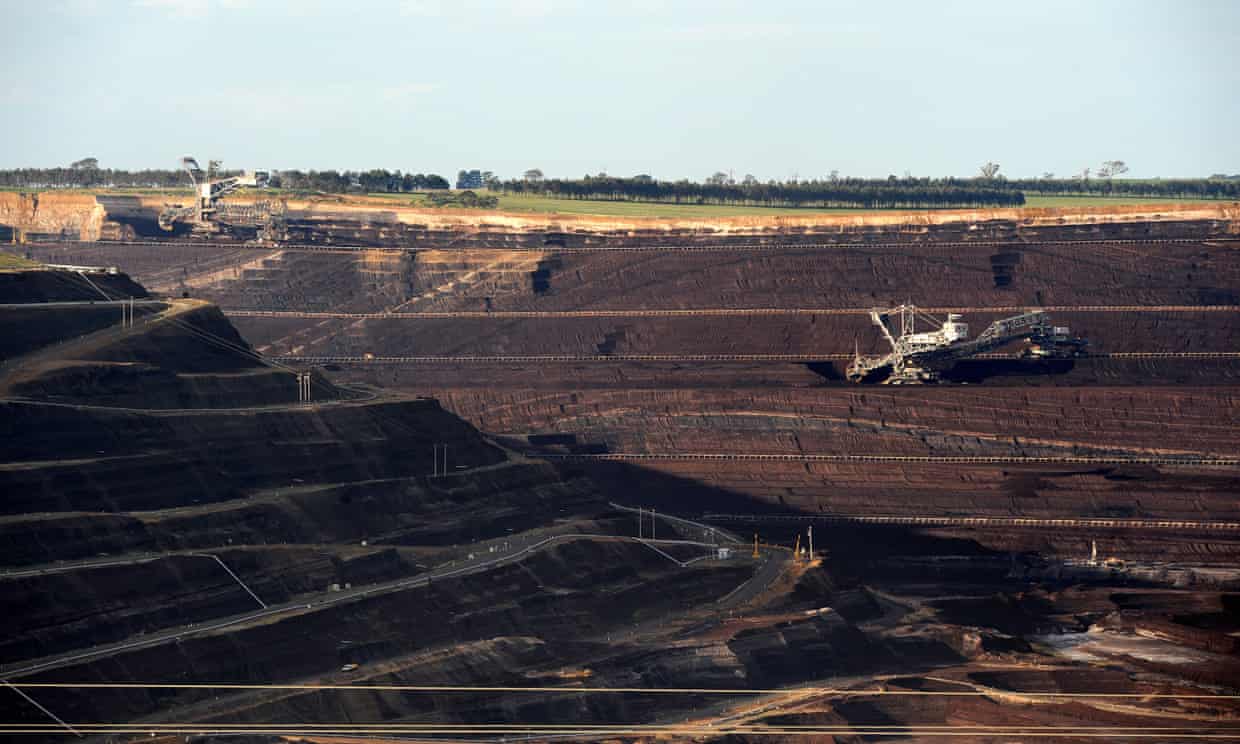 The Climate Change Authority’s latest report is a “recipe for further delay” on climate change, contravenes the authority’s legal obligations and recommends “a dog’s breakfast” of policies, say two key members in a dissenting minority report.

Climate scientist David Karoly and economist Clive Hamilton said they could not “in good conscience” put their name to the majority report, which they said privileged “political feasibility” over environmental effectiveness and economic efficiency.

“We believe that the effect of the majority report will be to sanction further delay and a slow pace of action with serious consequences for the nation,” the two members wrote in their 24-page report published on the website of the Climate Council on Monday.

The dissenting report was dismissed by the federal environment and energy minister, Josh Frydenberg, who said Australia had very ambitious targets and Australia’s economy was undergoing a “dramatic change”.

On Friday the renowned climate economist Frank Jotzo from the Australian National University said the majority report was “piecemeal and lacks a vision for the longer-term policy framework needed to get Australia on track to a low-carbon economy”.

The Climate Change Authority released the final report of its “special review” to help Australia meet its international climate obligations on Wednesday.

It recommended a wide range of policies it called a “policy toolkit” building on the Direct Action scheme implemented by the Abbott government.

Karoly and Hamilton said the recommendations were “framed to suit a particular assessment of the political circumstances prevailing in the current parliament”, instead of recommending policy based on science and economics, and were “seemingly based on a reading from a political crystal ball”.

The two experts said that under the Climate Change Authority Act, it was legally bound to provide independent advice, and to recommend measures that were “environmentally effective” and based on science.

“Attempts to craft ‘politically realistic’ policies risk being seen as partisan and damage the authority’s reputation for independence,” Karoly and Hamilton said.

Jotzo, who was not a member of the authority, wrote an analysis that was critical of the majority’s report political nature. “The intent clearly is to help policy progress in the medium term,” he said. “But it risks locking in a policy suite that will not deliver much, or may cost too much.

“If the CCA’s recommendations are misconstrued as being ambitious, we could end up with policy that falls far short of these recommendations. And if its political judgements are off the mark, the CCA’s specific recommendations could become an obstacle for the government’s 2017 policy review.”

Karoly and Hamilton were particularly critical of the reliance in the report on the Emissions Reduction Fund (ERF), where polluters are paid to reduce emissions.

“Despite the serious shortcomings of the ERF, few of which are mentioned in the majority report let alone responded to, the majority report recommends a very large expansion of the scheme, to the point where Australia’s entire emissions abatement effort, at least for several years, would depend on it.”

They said making a “pay the polluter” rather than a “polluter pays” system was“bad economics, bad ethics and bad policy.”

The majority report also recommended a strengthening of the “safeguards mechanism” in the policy, which sets “emission baselines” for big polluters, and penalises them for going over that baseline. The report recommends turning that into a type of emissions trading scheme, since polluters could buy carbon credits in order to go over the baseline.

The dissenters criticised it for not being a pure emissions trading scheme, since polluters did not generate credits by emitting below that baseline. That left them with no incentive to reduce emissions further, they said.

They said the bureaucracy required to manage an expanded ERF would be enormous, expensive and unreliable, and “encourages the emergence of an army of consultants who know how to work the system”.

The product was a “dog’s breakfast” suite of recommendations dressed up as a “policy toolkit” by the authority, they said.

Karoly and Hamilton produced their own set of 28 recommendations, which include adopting a carbon budget approach to setting climate policy, which reflects the agreement made in Paris to stay “well below” 2C.

They also urged government to consider closing the dirtiest brown-coal power plants, through a bidding process, with payments for closure funded by a mandatory charge on other generators, who would benefit from the reduced supply to the market.

They agreed with the majority report’s call for emissions standards for light and heavy vehicles but also recommend that the commonwealth play a more active role in planning for zero-emissions public transport.

Hamilton said in a statement: “The evidence suggests that most Australians want stronger action on climate change, and we hope that policy makers are not spooked by the feat campaigns of the recent past. Climate change is too big and too important.”

Frydenberg dismissed the minority report on ABC radio on Monday morning. “Now, the two people on that board have had a different view but the vast majority of the those board members have signed on to the report that was submitted to the government and announced last week.”

Asked whether the government would strengthen the country’s 2030 emissions reduction targets, Frydenberg was guarded, postponing the question for a review of climate policy scheduled for 2017.

Related: Crib notes: will China’s G20 deliver for the climate?

“Look we’ll wait and see what happens next year in 2017. But 2030 is a long way away, Michael. And as I said they’re very ambitious targets and we’re seeing a dramatic change under way in the economy,” Frydenberg said.

Hamilton was on the program after Frydenberg and responded to his claims.

“The targets set by the Abbott government a year or so ago of reducing Australia’s emissions by between 26% and 28% by 2030 are some of the weakest in the world,” he said.

“I worried a lot when I heard him say that 2030 is a very long way away. Well minister 2030, if you’re trying to transform the energy economy of Australia and reduce our emissions, it’s actually very close.”

Greens climate change and energy spokesperson Adam Bandt described the dissenting authority members as “whistleblowers” and urged the government to listen to them.

“If the Reserve Bank stopped adjusting interest rates because it might upset the government, there would be an outcry.”

“The prime minister and his energy and environment minister need to listen to these courageous whistleblowers and put in place climate and energy policies that will drive down pollution rapidly,” Bandt said.