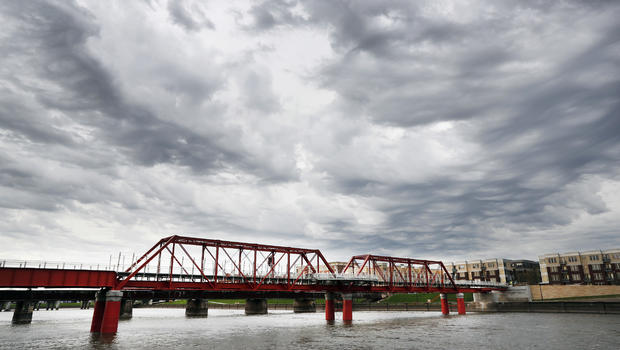 In this April 18, 2017, photo, the Red Bridge pedestrian bridge is seen over the Des Moines River in Des Moines, Iowa. A little more than a decade after it was restored, crews went back to the site with a crane to hoist the span more than 4 feet higher, at a cost of $3 million, after experts concluded that the river's flooding risk was double the previous estimates. Charlie Neibergall / AP

DES MOINES, Iowa — A century-old train trestle stands as one of the trophies of Des Moines' push to spruce up its downtown. Bicyclists and pedestrians pose for pictures beside the brightly painted beams of the Red Bridge and gather on viewing platforms overlooking the Des Moines River...

But little more than a decade after it was restored, crews went back to the site with a crane to hoist the span 4.5 feet higher, at a cost of $3 million, after experts concluded that the river's flooding risk was nearly double earlier estimates. Climate change was likely to blame.

"It was like a bomb was dropped off in our lap," City Engineer Pam Cooksey said of the revised flood forecasts from the Army Corps of Engineers. The findings suggested that the bridge could act as a dam during bad storms, sending waves of backed-up floodwater into the refurbished business district.

Climate change is often seen as posing the greatest risk to coastal areas. But the nation's inland cities face perils of their own, including more intense storms and more frequent flooding. Even as President Donald Trump has announced his intention for the U.S. to withdraw from a global climate agreement, many of the nation's river communities are responding to climate change by raising or replacing bridges that suddenly seem too low to stay safely above water.

The reconstructed bridges range from multi-lane structures that handle heavy traffic loads to small rural spans traversed by country school buses and farmers shuttling between their fields. The bridges are being raised even in states such as Texas, where political leaders have long questioned whether climate change is real.

In Milwaukee, bridges have been raised as part of $400 million in flood-management projects across a metro area with 28 communities. In Reno, Nevada, officials spent about $18 million to replace a bridge over the Truckee River last year and plan to replace three more after flood-danger projections were increased by up to 15 percent. 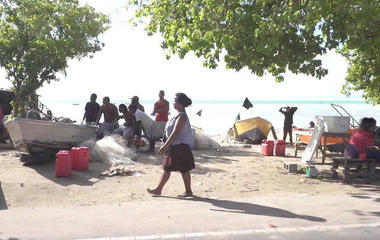 Because the cities are inland, "A lot of these are not the kind of places that people are used to thinking of being in the forefront of climate change," said Jim Schwab, manager of the Hazards Planning Center at the American Planning Association, which is working with nearly a dozen cities on flood-mitigation options.

Many communities are "still feeling their way through this particular problem," he said.

No one tracks how many communities are raising bridges or replacing them with higher ones, but the Federal Emergency Management Agency says it's now routinely providing money for this purpose, although no dollar total is available. Typically, more than 1,500 bridges are reconstructed each year for an assortment of reasons.

Schwab said he's sure hundreds and possibly thousands of bridge-raising projects have been completed recently or are planned. A cursory check by the AP in a handful of states found at least 20 locations where bridges have been raised or construction will begin soon.

FEMA is now finalizing a rule that states that floods "are expected to be more frequent and more severe over the next century due in part to the projected effects of climate change." That could mean higher costs for a country that sustained more than $260 billion in flood damage between 1980 and 2013. 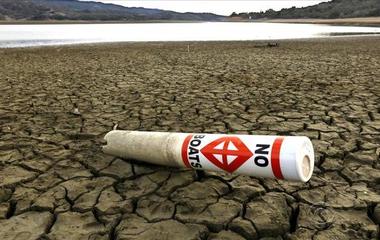 Given the Trump administration's skepticism of climate change, however, a FEMA spokeswoman says the agency "has not determined what its next action will be" on the rule. The Corps of Engineers did not respond to requests for information on cities where flood risks have been reassessed.

Increasing humidity from the more than 1.5 degree increase in global temperatures since 1880 has resulted in more intense downpours, according to David R. Easterling, director of the national climate assessment unit at the National Oceanic and Atmospheric Administration.

"It causes day after day of rainfall, and that leads to flooding," Easterling said.

In some cases, a city's 100-year flood could be seen as twice what it was 40 years ago, with double the risk, as it was for Des Moines. A 100-year flood is the worst flood that can be expected to happen over a century. It has a 1 percent chance of occurring in any given year.

Afterward, the Corps of Engineers raised Cedar Rapids' projections for a 100-year flood by 8 percent. As part of a massive flood-control project, the city decided to raise its Eighth Avenue Bridge by 14 feet, putting it 28 feet above the average water surface.

"What used to be the norm is no longer the norm," said Rob Davis, the city's flood-control program manager. "The norm is much higher."

Elsewhere, the college town of Iowa City plans to add about 5 feet of clearance with a new bridge over the Iowa River, and the Milwaukee Metropolitan Sewerage District raised a bridge over the Kinnickinnic River to prevent the waterway from backing up amid downpours.

Similar projects are planned in Hobart, Indiana, and Rockford, Illinois, where higher river levels have been projected.

The preparations for climate change seem oddly disconnected from the political debate about the issue.

In Texas, where politicians including Sen. Ted Cruz have questioned whether the climate is growing warmer and if humans have caused the change, Austin has raised two bridges in the past five years and plans to improve three more stream crossings, said Pam Kearfott, a supervising engineer in the city's watershed protection department.

Officials "try to stick to the technical basis for change" and ignore the politics, she said.

San Antonio is among other Texas cities that have raised bridges in anticipation of greater dangers.

Sterling Burnett, a research fellow at the Heartland Institute, a think tank that promotes skepticism about human-caused climate change, said the new flooding predictions and climate outlook could be exaggerated, but he doesn't begrudge local governments for raising bridges and making other preparations.

"They have to work with the data given to them and make decisions," Burnett said.

In the West, small communities in the Ross Valley north of San Francisco anticipate worse seasonal flooding from climate change. They plan to replace five bridges that are now too low, at a cost of more than $10 million.

As Cooper Martin, who heads the National League of Cities' Sustainable Cities Institute, puts it, "With the changing climate, cities have to do something."