CLIMATE CHANGE DEAL: FIVE REASONS TO BE GLAD, FIVE TO BE GLOOMY... 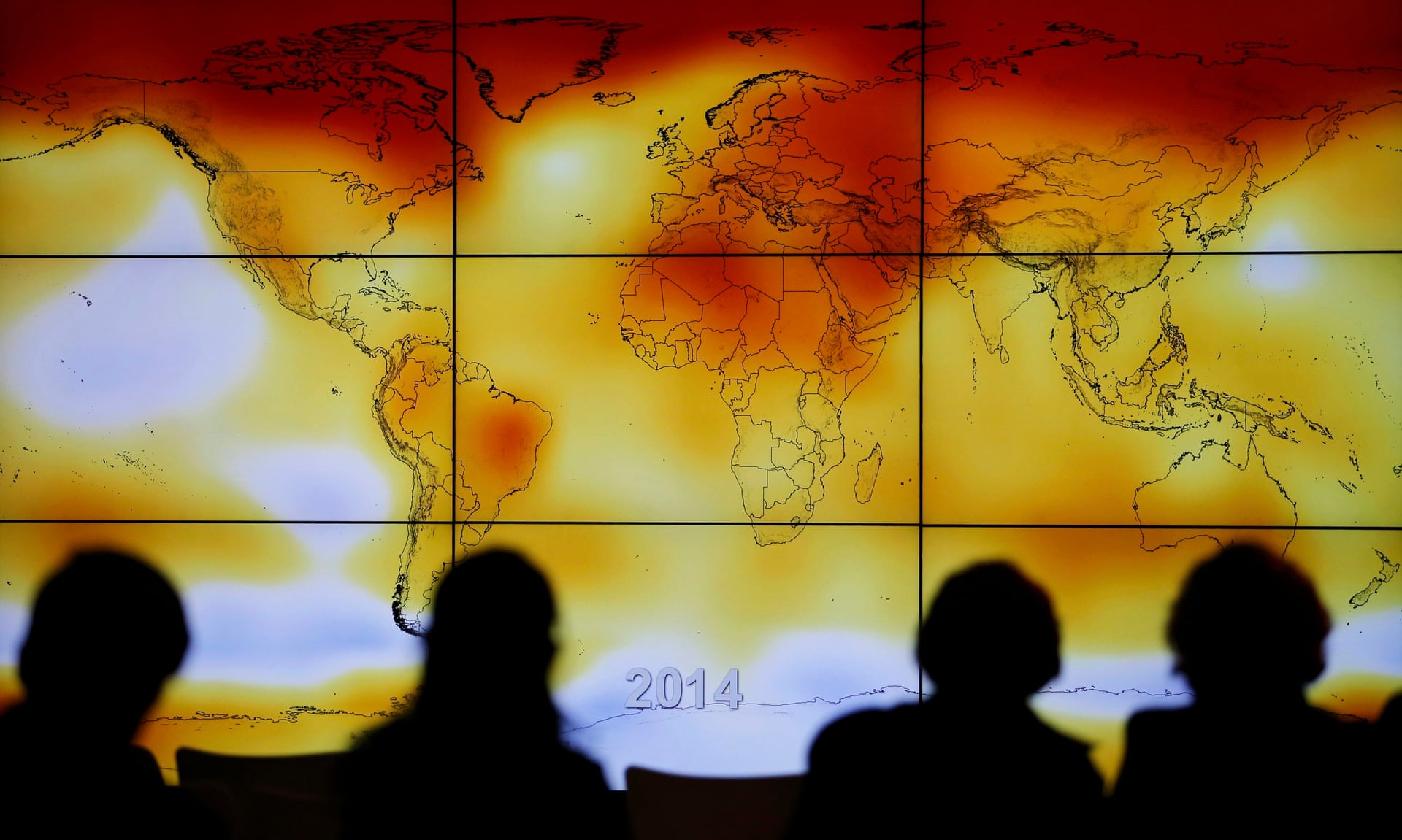 A world map showing climate anomalies at the summit in Paris. Emissions targets are set, but does the agreement buy us enough time? Photograph: Stephane Mahe/Reuters

Will the deal agreed in Paris be enough to save the planet? Emissions cuts and investment are promised, but legal responsibilities are thin on the ground...

Why we should be glad...

1 If temperatures can be held to a rise of 1.5C, catastrophe may be averted

There is now a glimmer of hope for developing countries that climate change will be addressed and that a fossil-free world is achievable. Short- and long-term targets to decarbonise are now enshrined in law, countries have made individual commitments, there is more awareness of the problem, and governments have all agreed to act. Over time, countries have agreed to “peak” their emissions in return for better access to technology. Low-lying islands, delta regions and coastal cities remain highly vulnerable to sea level rises and surges, but if temperatures can be held to a rise of 1.5C, mass migration and catastrophe may be averted for hundreds of millions of people.

2 Targets are set, and governments can be held to account

Nearly all developing countries have put forward their “intended nationally determined contributions” – to show what they plan to do over the next 20 years to reduce their emissions. These range from planting tens of millions of trees and developing solar power, to reducing emissions from coal and cutting subsidies for fossil fuels. Many countries, like Morocco and Ethiopia, are highly ambitious. Most are dependent on money being made available from carbon financing via the Green Climate Fund. Importantly, all the plans are public, which allows civil society to hold governments to account more easily and to press for cleaner development. The climate justice movement is now global and the meeting could mark a turning point for the balance of power.

The Paris talks put climate change and health firmly on the global agenda, with the WHO and other bodies recognising that polluted indoor and outdoor air is now the greatest environmental killer in developing countries and that climate change threatens to add millions of deaths a year from increased rates of disease if it is not addressed. This recognition may help direct aid flows and national priorities. Tropical countries should also benefit financially from protecting their forests. This includes payments for reducing emissions from deforestation and degradation (REDD+) and incentives to replant.

4 Much greater investment in renewable technology is promised

All the big development banks, including the World Bank, and the Africa and Asia development banks, have embraced the deal and pledged to greatly increase lending for low-carbon projects over the next 20 years. Far more money should now go into solar, wind and other renewable technologies and research, and less will go into fossil fuel developments and possibly mining. A welter of low-carbon schemes were announced at the meeting, including one that could result in Africa becoming powered primarily by renewables.

From 2020, developed countries, with help from some richer developing countries like China and Singapore, will make available $100bn of “new and additional” money a year for vulnerable countries to help them adapt to climate change. This is nowhere near enough, but the figure will be regularly scaled up. Much of it will come via the Green Climate Fund, which is half-controlled by developing countries.

Why we should be gloomy

1 Countries will wriggle out of their commitments

Although the Paris agreement is, overall, legally binding, much of the detail is not. Countries will not be forced to do more than they want, nor will there be any redress if they do not achieve their targets. The 70-year history of multilateral UN agreements suggests that countries will avoid their commitments if they can.

2 The agreement buys us time, but will it be enough?

Countries have not pledged to cut anywhere near enough to avoid the worst effects of climate change and we are still heading for a 3C warmer world in which developing countries are hit the hardest, first. The Paris agreement possibly buys time, but to hold temperatures to a 1.5C rise will require a transformation in the way that rich countries consume and generate power. To have any hope of this, countries will have to rapidly cut emissions to practically zero by the second half of the century, and the agreement does not force anyone to do more than they feel able to do.

The world’s most vulnerable people may be in more danger than before of being kicked off their land and having their human rights infringed because most agreements favour big corporations rather than small landholders and farmers. The “green economy” proposed by the agreement makes the trading of carbon central to protection and farming, a development that is widely rejected by peasant, smallholder and indigenous peoples’ movements worldwide. Any money generated from carbon markets is also unlikely to reach the poorest people because it will go through governments, which have different priorities.

4 Climate change assistance may be funded by diverting aid

Although $100bn a year has been pledged for developing countries, this does not start till 2020, and is inadequate. It will be progressively scaled up but this is nowhere near what will be needed in a warmer world where weather-related disasters are expected to intensify and millions of people may be forced to permanently move because of sea level rises, disruptions to farming and intolerable heatwaves. There is also a real danger that “climate” money will be diverted from existing overseas development assistance, or other aid flows, and could be double-counted. No agreement has been reached on what constitutes “climate money” , how it should be counted, when or to whom it should be delivered, or to what it should be directed.