CLIMATE CHANGE IN THE CARIBBEAN – LEARNING LESSONS FROM IRMA AND MARIA... 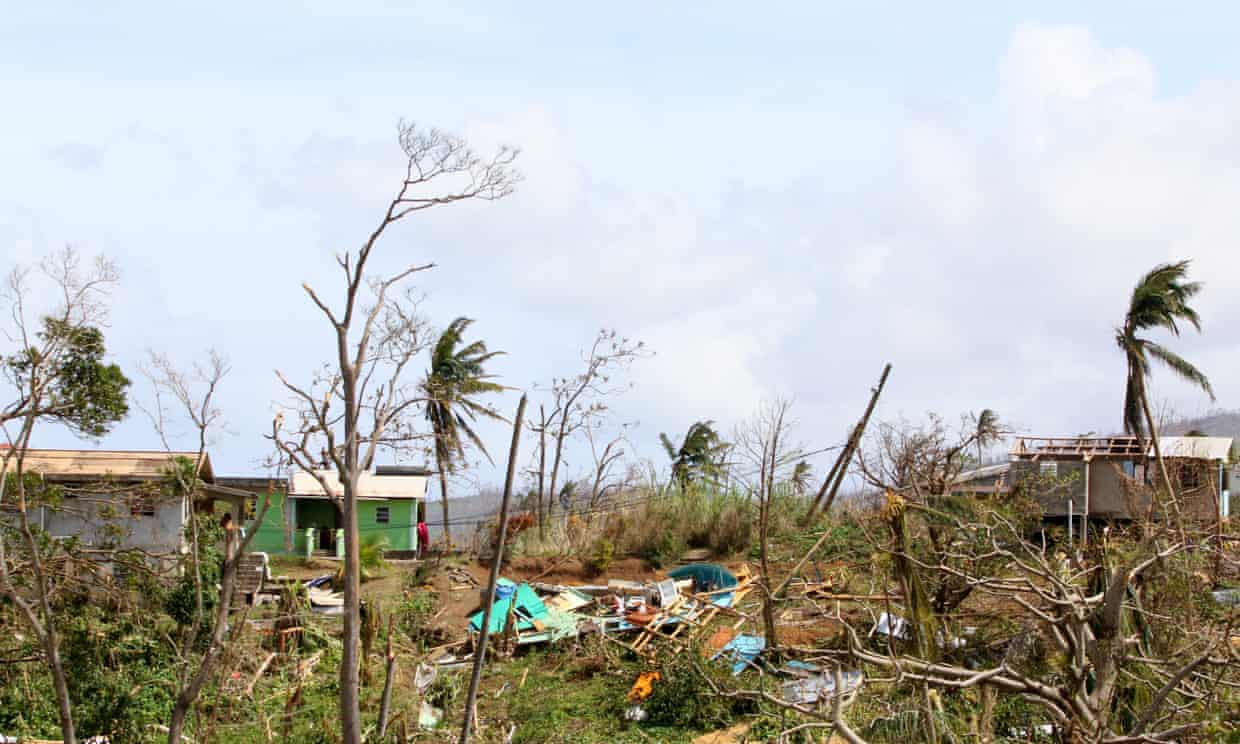 Devastation on the island of Dominica in the wake of Hurricane Maria. Photograph: Jose Jimenez/Getty Images

Increasingly unfamiliar and unpredictable weather events mean that business as usual is not an option for these islands to survive...

As a Caribbean climate scientist, I am often asked to speak about how climate change affects small islands. In the aftermath of Hurricane Maria, one of two category five storms to batter the eastern Caribbean in just a week, three words resonate in my mind.

The first word is “unfamiliar”. Scientific analysis shows that the climate of the Caribbean region is already changing in ways that seem to signal the emergence of a new climate regime. Irma and Maria fit this pattern all too well. At no point in the historical records dating back to the late 1800s have two category five storms made landfall in the small Caribbean island chain of the eastern Antilles in a single year. 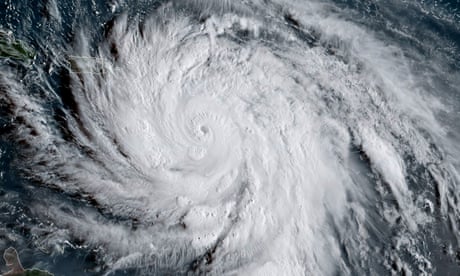 The intensification almost overnight from a tropical storm to a category five hurricane and the devastating intensity that lingered for several days are also unfamiliar, even to a region that is used to seeing hurricanes. Alongside other emerging climate patterns, there is a strong case to be made that there is something unfamiliar about the Caribbean’s climate today. We are seeing repeated and prolonged droughts, an increase in the number of very hot days, intense rainfall events causing repeated localised flooding, and rising sea levels that are consuming the beautiful beaches on which tourism in our region depends.

The problem with unfamiliarity is that daily existence in the Caribbean is built on familiar patterns of climate. Our economies are premised on industries and sectors that are extremely sensitive to climate variations, such as tourism and agriculture. In a year that follows expected patterns and pulls no surprises, we see favourable economic growth and improvements in our quality of life. Even when we’ve seen bad weather, we have always had a certain familiarity with the limits of how bad it can be. Until now, newer infrastructure in the Caribbean has largely withstood the ravages of hurricanes and tropical storms, as their design has accounted for the upper bounds of extreme weather experienced in the past.

Irma and Maria threw out the notion of planning and preparedness based on the expected and the familiar. Their ferocity destroyed even the strongest evacuation shelters and brought devastation of catastrophic proportions to our tiny islands. Just as climate change is heralding in an era marked by the unfamiliar, we need a paradigm shift in our approach to development planning in highly vulnerable regions.

The second word that comes to mind is “unprecedented”. A business-as-usual scenario without global action suggests that by the end of the current century, the Caribbean region will warm a further 2-3C over the 1C already seen in the last century. We project annual rainfall amounts will decrease by up to 40%, posing a significant challenge to already water stressed islands. Projections also show sea levels rising by 1-2 metres, far exceeding the rise already recorded.

Most frighteningly, given our experience in the last few weeks, is the expectation that we will see more of the strongest tropical Atlantic hurricanes (though not necessarily more overall). Cumulatively, the science of projections suggests that the region’s climate will be altered beyond recognition. This is to say, it will be outside the bounds of our lived experience to date. It will not just be unfamiliar at times, it may be unprecedented all the time.

The stocktaking is hardly complete from Irma and Maria. Yet for Barbuda and Dominica at least, the setback to their economies will be measured in years. The initial estimates for rebuilding are staggering. Perhaps even more heartbreaking is the loss of those things that are economically unquantifiable. The drastic reductions in living standards, especially for the most vulnerable, that will continue for months to come. The loss of irreplaceable culture and cultural assets, the mental anguish and loss of lives, the loss of biodiversity, and the destruction of “island life” as we know it. Destruction from Hurricane Irma was visible even from space on places such as the Virgin Islands.
Credits: Oli/Landsat 8/Nasa

The small island of Barbuda, for the first time in 300 years, has no human inhabitants. They were all evacuated after the devastation wreaked by Irma and in anticipation of Jose and Maria. This seems to portend the challenge that climate change represents for the Caribbean region – a challenge that becomes more acute as the era of the unprecedented is ushered in faster than the region can prepare for its onset.

Finally, the third word that comes to mind is “urgent”. Admirably, although the Caribbean islands are minuscule emitters of greenhouse gases, they have made bold commitments regarding future use. But in the end, the future viability of the region is premised on collective global action to reduce greenhouse gas emissions. It is for this reason that the Caribbean and other small island and developing states have argued for a limit to global warming of 1.5C. It is this message that must reach the global community when they see the images of Irma and Maria. For those in the Caribbean, the lessons are all too clear.