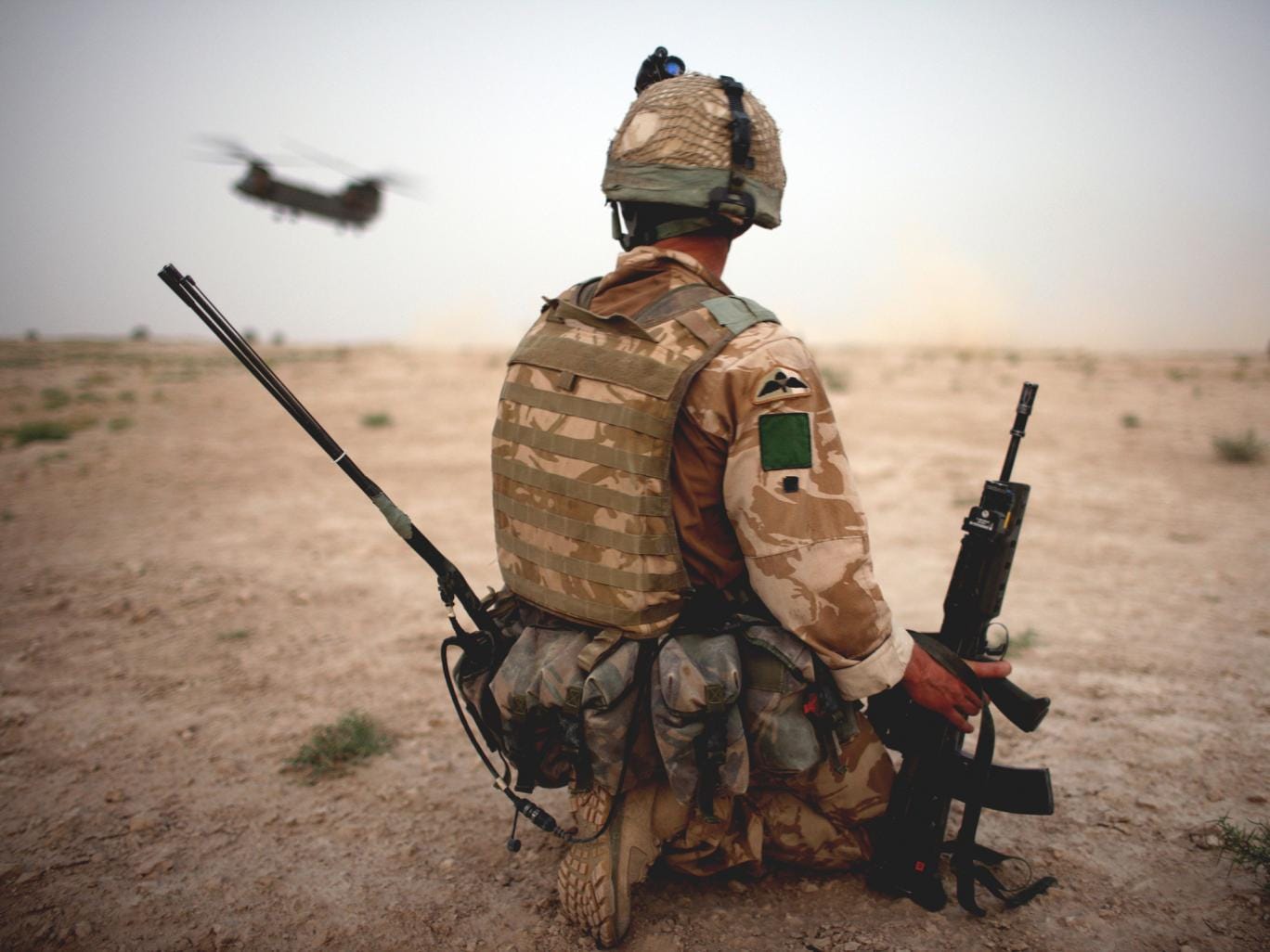 Countries where there was fractionalisation were conflict 'hot spots' credit: Getty

The heatwaves, droughts and other natural disasters expected to increase because of global warming are helping to push countries into armed conflict, particularly those already split along ethnic lines...

Heatwaves, droughts and other severe weather events are increasing the risk of wars breaking out across the world, scientists say they have proved.

The researchers carried out a statistical analysis of the outbreak of armed conflicts and climate-related natural disasters between 1980 and 2010.

Their findings – that nearly one in four conflicts in ethnically divided countries coincided with “climatic calamities” – suggest that war should be added to the usual list of problems likely to be caused by global warming, such as sea level rise, crop failures, water shortages and floods.

Environmentalists have warned that if temperatures rise significantly over the next century, large areas of the planet could become uninhabitable, forcing millions of people to migrate elsewhere and significantly increase the risk of conflicts breaking out.

But the new research, by academics in Germany, found there was already a statistical link between outbreaks of widespread violence and extreme weather events.

Dr Carl Schleussner, of the Potsdam Institute for Climate Impact Research, said: “Devastating climate-related natural disasters have a disruptive potential that seems to play out in ethnically fractionalised societies in a particularly tragic way.

“Climate disasters are not directly triggering conflict outbreak, but may enhance the risk of a conflict breaking out which is rooted in context-specific circumstances. As intuitive as this might seem, we can now show this in a scientifically sound way.”

The idea of linking conflict to natural disasters has been controversial. Some previous studies which compared wars to temperature, for example, did not find a link.

However for this study, described in a paper in the Proceedings of the National Academy of Sciences journal, the researchers used data from international reinsurance firm Munich Re.

This was then combined with information about conflicts and an index used to quantify how “ethnically fractionalised” countries are.

Globally, there was a nine per cent coincidence rate between the outbreak of armed conflicts and natural disasters like droughts and heatwaves. But, in countries that were deeply divided along ethnic lines, this rose to about 23 per cent.

Dr Jonathan Donges, who co-wrote the paper about the study, said: “We've been surprised by the extent that results for ethnic fractionalised countries stick out, compared to other country features such as conflict history, poverty, or inequality.

“We think that ethnic divides may serve as a predetermined conflict line when additional stressors like natural disasters kick in, making multi-ethnic countries particularly vulnerable to the effect of such disasters.”

The paper said many African and Central Asian countries were “among the most fractionalised”, making these areas “potential hot spots of armed-conflict outbreak risk”.

Climate models also suggest that these areas can expected “a substantial increase in extreme event hazards”.

“Projections of overall conflict risk up to 2050 … find these regions to be particularly endangered, which highlights the relevance of our findings in the wider context of conflict prevention and development,” the paper says.

“Recent analyses of the societal consequences of droughts in Syria and Somalia indicate that such climatological events may have already contributed to armed conflict outbreaks or sustained conflicts in both countries.

“Similarly, a prolonged drought might have contributed negatively to the ongoing conflicts in Afghanistan.

“Further destabilisation of Northern Africa and the Levant may have widespread effects by triggering migration flows to neighbouring countries and remote migrant destinations such as the European Union.”

The paper stressed that the root cause of these conflicts were “case specific” but cautioned that natural disasters had the potential “to amplify already existing societal tensions and … thus to further destabilise several of the world’s most conflict-prone regions”.