CLIMATE CHANGE IS REAL. SO WHY WON’T THE RIGHT ADMIT IT? 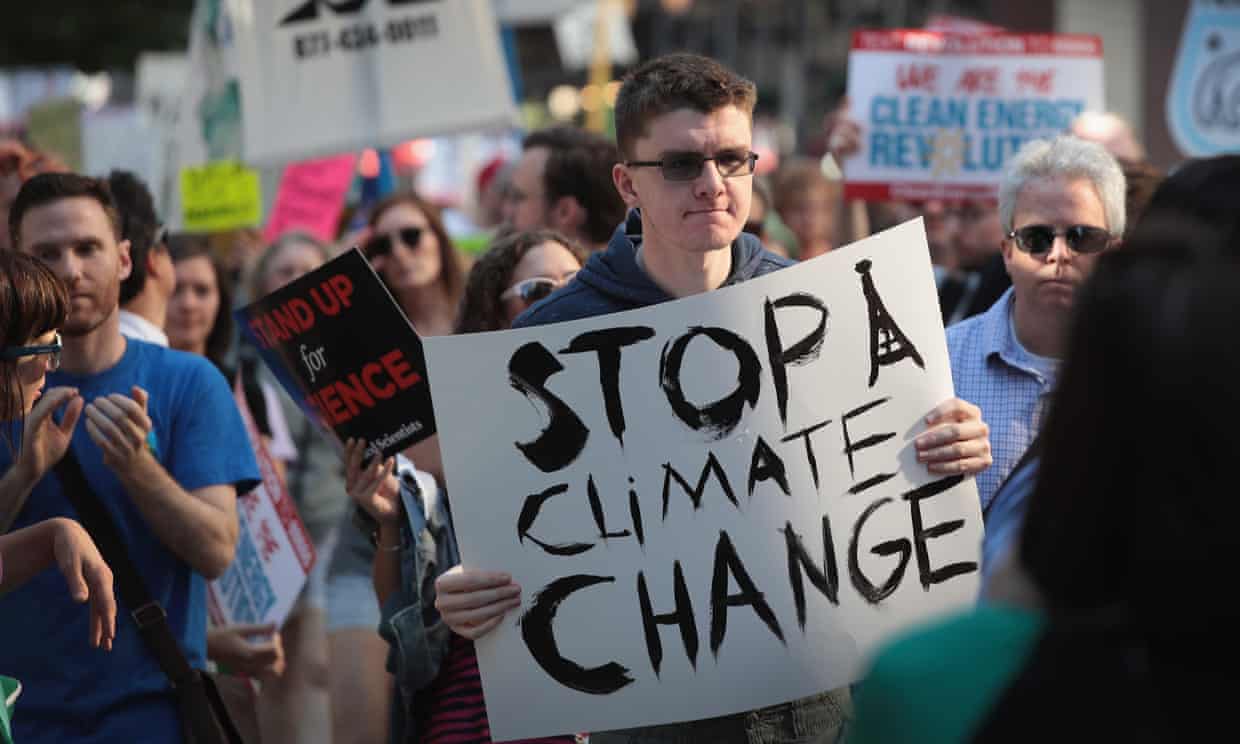 ‘Nationalists, gripped by an isolationist logic, are unable or unwilling to face the reality of global warming’. A protest against Donald Trump’s decision to withdraw from the Paris climate agreement in Chicago.
Photograph: Scott Olson/Getty Images

From hard Brexiters to Donald Trump, nationalists who deny the existence of manmade global warming will eventually have to face the facts...

round 97% of climate scientists confirm the existence of manmade global warming, and public opinion is steadily catching up. In the UK, a recent poll suggested 84% of British people want Theresa May to “convince Trump not to quit” the Paris climate agreement. According to a survey spanning 40 nations, 78% of people support their country joining the global agreement. 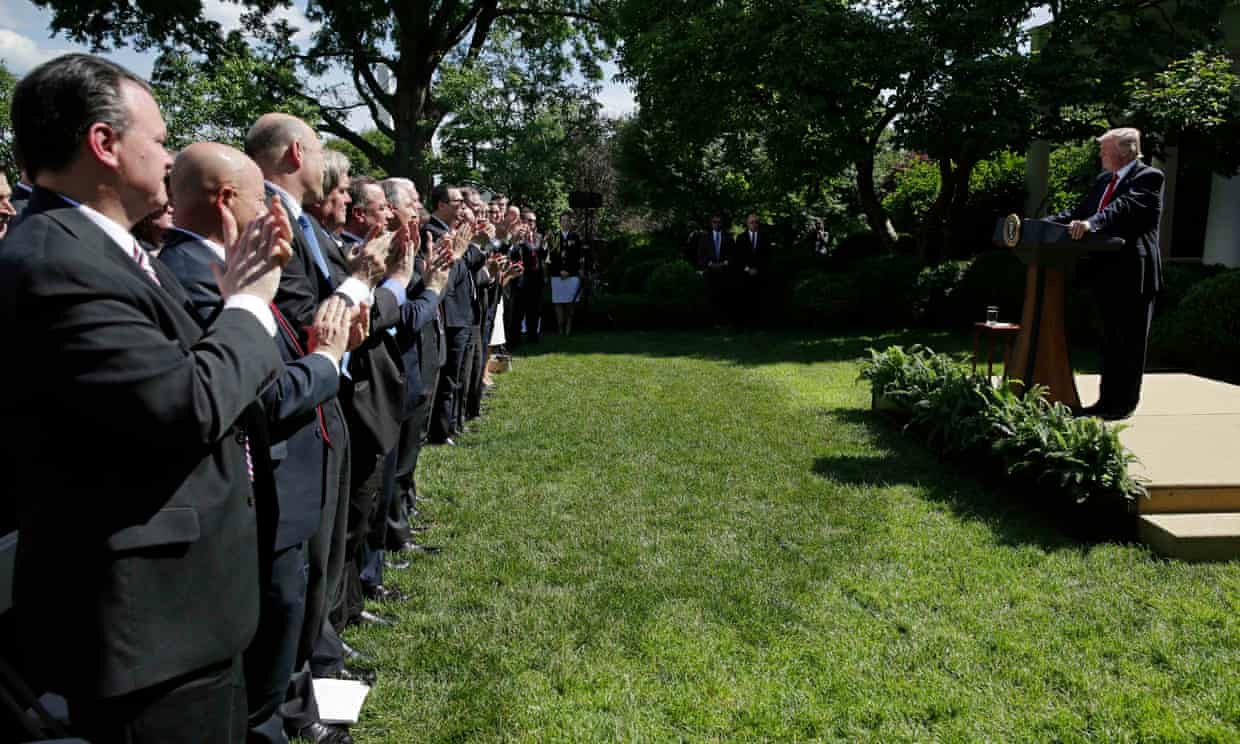 Consensus on manmade global warming has never been stronger. Yet climate denial remains strong among a particular ideological group. Donald Trump’s withdrawal from the Paris agreement last week provides the strongest evidence yet that nationalists, gripped by an isolationist logic, are unable or unwilling to face the reality of global warming.

Yet American nationalists are not the only ones to resist action on climate change. Ukip’s general election manifesto pledges to pull the UK out of the Paris accord. More concerning, however, is that Eurosceptic Conservatives include prominent climate sceptics such as Lord Lawson.

Theresa May closed the Department for Energy and Climate Change within 24 hours of becoming prime minister. Having received £390,000 in donations from senior oil executives since she came to power, her manifesto now pledges to “build on the unprecedented support already provided to the oil and gas sector”. An entire Conservative election campaign is premised on the brand of “strong and stable”, while May keeps quiet about climate change – described by the UN as a threat to global stability “unprecedented in scale”.

Climate denial extends from the Brexit ringleaders to the voters who support them. A ComRes poll found that leave voters are twice as likely to deny manmade climate change as those who voted remain. The same poll found that Brexiters exhibit a general “distrust towards scientists”. In other words, they’ve had enough of experts.

Across the world, nationalist programmes – the French Front National, the BNP, Donald Trump, the Danish People’s party – have tried to cripple credibility in climate science, which requires collective action between states and is thus, for them, what Al Gore and others have called an inconvenient truth.

But there’s another explanation for climate denial among leave voters. Climate sceptics and hard-Brexiters share the common denominator of right-leaning free-market ideology. Over the past decade, various studies have found that conservatives and economic liberals are considerably more likely than other people to reject anthropogenic global warming, presumably because this is a problem that the market cannot solve.

The true danger from nationalist framings of climate change, however, is not denial, but the weaponisation of the environment in the service of self-interest. Trump famously called global warming a Chinese “hoax”, but less well known is that climate denial in China also arises from a nationalist distrust, in this case towards the west. A study published in the journal Environmental Sociology found that climate scepticism resulted from a patriotic “conspiracy theory that sees climate change as a western plot to constrain China’s development”. Similarly in India, the nationalism of the prime minister, Narendra Modi, is tied to the continuation of dirty coal as well as the excuse that western countries aren’t pulling their weight.

But Marine Le Pen is perhaps the politician to have taken environmental nationalism the furthest. In 2014, the Front National leader launched what she called the New Ecology movement, promising to ban wind farms and reduce France’s dependence on oil, but condemning the environmental movement as a “communist project”.

This eco-nationalism, woven with contradiction, turns environmental discourse into a geopolitical blame game. Eventually, Brexiters must come to realise this dissonance, along with the unalterable reality that air – and the carbon dioxide in it – does not respect national borders.