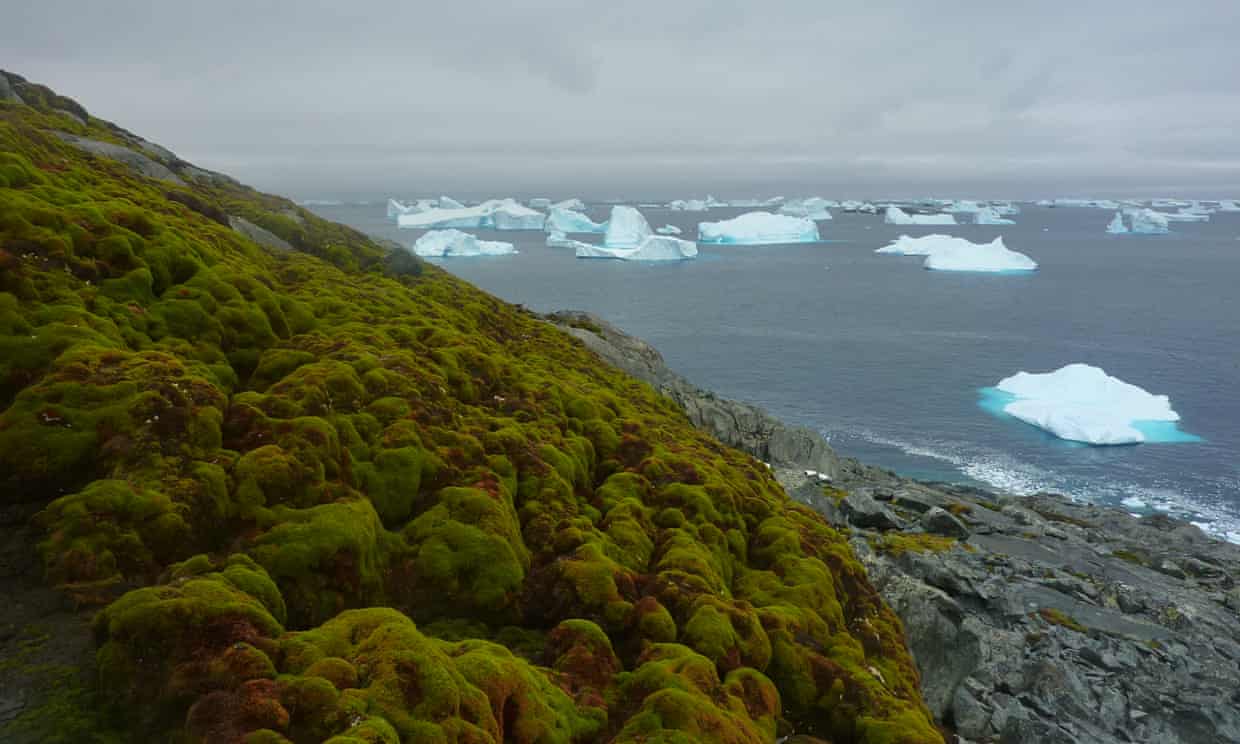 Cores drilled from three islands just off the Antarctic Peninsula reveal that the warming climate has spurred on biological activity. Photograph: Matt Amesbury

In the past 50 years the quantity and rate of plant growth has shot up, says study, suggesting further warming could lead to rapid ecosystem changes...

Antarctica may conjure up an image of a pristine white landscape, but researchers say climate change is turning the continent green.

Scientists studying banks of moss in Antarctica have found that the quantity of moss, and the rate of plant growth, has shot up in the past 50 years, suggesting the continent may have a verdant future. 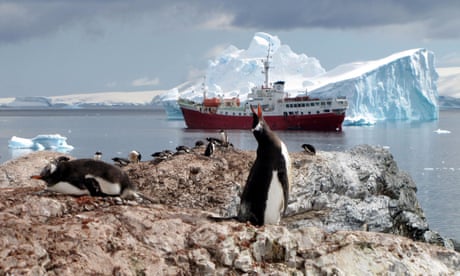 “Antarctica is not going to become entirely green, but it will become more green than it currently is,” said Matt Amesbury, co-author of the research from the University of Exeter.

“This is linking into other processes that are happening on the Antarctic Peninsula at the moment, particularly things like glacier retreat which are freeing up new areas of ice-free land – and the mosses particularly are very effective colonisers of those new areas,” he added.

In the second half of the 20th century, the Antarctic Peninsula experienced rapid temperature increases, warming by about half a degree per decade.

Plant life on Antarctica is scarce, existing on only 0.3% of the continent, but moss, well preserved in chilly sediments, offers scientists a way of exploring how plants have responded to such changes.

Writing in the journal Current Biology, scientists from three British universities and the British Antarctic Survey describe how they gathered data from five vertical columns of sediments, or cores, drilled from three islands just off the Antarctic Peninsula – the northernmost part of Antarctica that reaches out towards south America.

The team then analysed the cores, examining the top 20cm of each to allow the scientists to look back over 150 years and explore changes over time across a number of factors. These included the amount of moss, its rate of growth, the size of populations of microbes and a ratio of different forms, or isotopes, of carbon in the plants that indicates how favourable conditions were for photosynthesis at a particular point in time.

The cores reveal that the warming climate of Antarctica in the past 50 years has spurred on biological activity: the rate of moss growth is now four to five times higher than it was pre-1950. 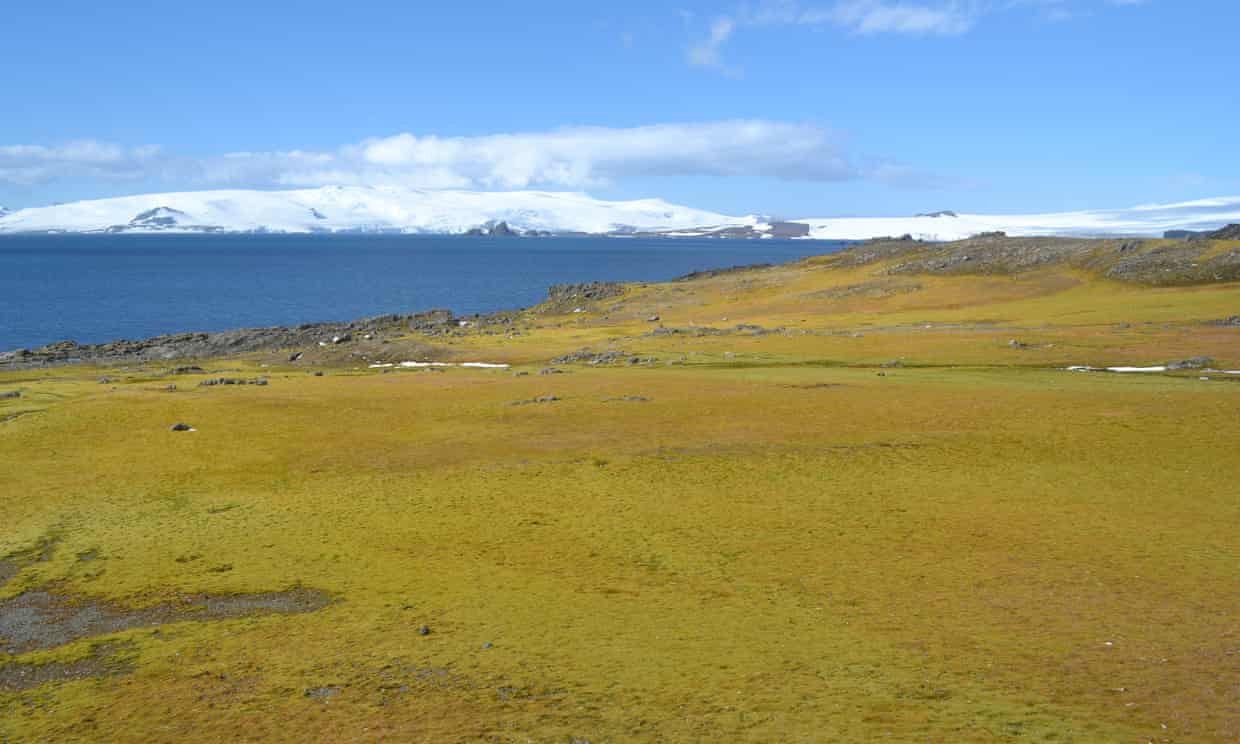 The results echo findings reported by the team in 2013 based on cores from the southernmost known moss bank, found on Alexander Island to the west of the Antarctic Peninsula.

“Because we have got this wide transect now and all of the [sites examined] are showing the same response, consistently over that 1,000km transect, that makes us much more confident that it is a response to temperature change,” said Amesbury. 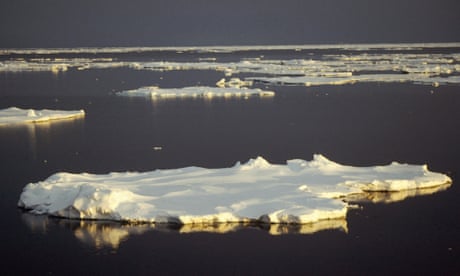 Taken together, the team say the results show that moss banks across the region are responding to warming, adding that variations in the measure of favourability for photosynthesis between sites is likely down to local differences in moisture levels. “Temperature change also drives other things, so earlier spring melt, for example, is one, longer growing season is another – all of those things will have more local effects on each individual site,” said Amesbury.

The team also used models to explore what the future might hold for the continent, taking into account recent research that has suggested that the peninsula has cooled, albeit temporarily, in recent years as a result of changes in wind patterns.

The results suggest that even modest future warming could lead to further, rapid changes in Antarctica’s ecosystems. What’s more, the scientists warn that greening, together with increases in the number of visitors to Antarctica, could make it easier for invasive species to colonise the continent.

“The likelihood of this happening is very much an uncertainty, but remains a very real possibility, which is understandably concerning,” said Thomas Roland, a co-author of the study also from the University of Exeter. “Should this occur, it would further transform the face of this remote, largely pristine and very iconic region.”


Get the new Climageddon book: