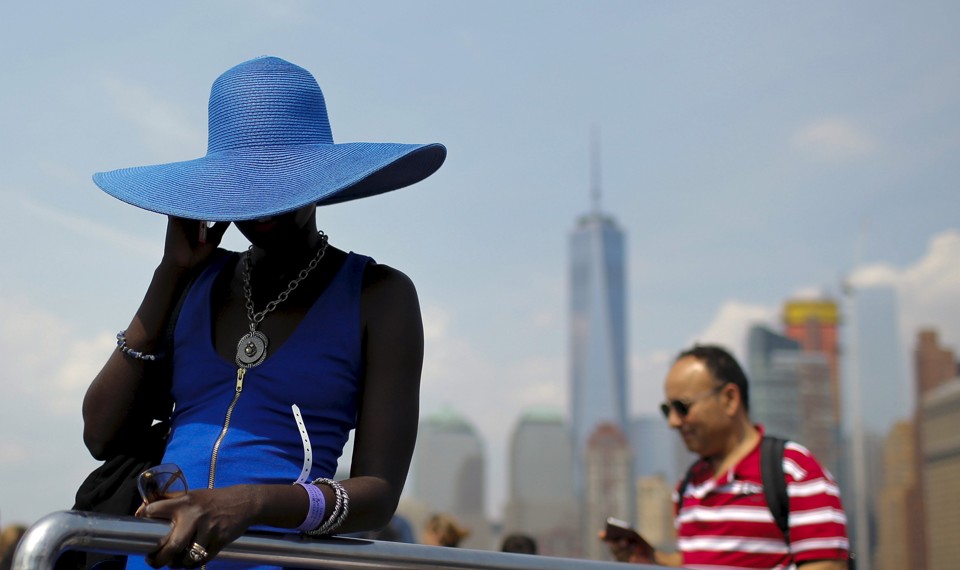 The more 90-degree days a fetus or infant endured, the lower his or her earnings in adulthood...

Even if countries take moderate action on climate change, by the end of this century, Phoenix is expected to have an extra month of days above 95 degrees Fahrenheit, while Washington, D.C., is expected to have another three weeks of these sweltering days, as the Climate Impact Lab and New York Times reported.

A new study suggests that even days that are an average of 90 degrees Fahrenheit, or 32 Celsius, might have long-term, negative impacts on developing fetuses. The stress of the hot weather might show up as reduced human capital once those fetuses reach adulthood.

Maya Rossin-Slater, a health-policy professor at Stanford University, said she and her team wanted to understand the long-term consequences of climate change on people. For the study, published today in the Proceedings of the National Academy of Sciences, she and other researchers looked at data on births, weather, and earnings in half the states in the United States. For a given county, on a given day, they measured how many days above 90 degrees a child born that day would have experienced during gestation and during their first year of life. They then compared that person’s salary as an adult to someone born in that same county on that same day in other years.

It turned out fetuses and infants exposed to a single extra 90-plus degree day made $30 less a year, on average, or $430 less over the course of their entire lifetimes. Right now, the average American only experiences one such day a year. (This study looked at the average temperature throughout the entire day, not the highest temperature that day.) By the end of the century, there will be about 43 such days a year.

In addition to birthday and county, the researchers also controlled for gender and race. Rossin-Slater said it is unlikely the difference in earnings could be explained by something other than heat.

“It’s really hard to figure out what else it could be. They set up a really good study design,” said Kathryn Grace, a professor of geography, environment, and society at the University of Minnesota, who was not involved in the study.

What’s more, the study used data from the 1970s, when more and more people were installing air conditioners in their houses. The researchers found the difference in earnings went away in areas where most people got air conditioners installed.

It’s not entirely clear how hot temperatures would be causing this dip in earnings. Fetuses and infants are especially sensitive to heat because they don’t yet have the ability to self-regulate their body temperatures. Rossin-Slater said there are three potential pathways by which being too hot could impact the fetus: The heat could overstress it, which could affect the child’s health. Heat could also affect how nutrients are delivered to the fetus, or harm its cognitive development, and thus potentially things like focus or self-control.

Nathaniel DeNicola, an obstetrician with George Washington University and an expert on environmental health, said it’s well established that extreme temperatures can affect fetuses, for example by restructuring proteins that are involved in organ formation, and extreme heat raises the risk of preterm birth and low birth weight. Those issues, in turn, can sometimes cause cognitive impairment.

Still, he said, the authors could be missing some other variables that could be contributing to adult salaries, and it’s not clear that adult salaries are a marker of good health. The overall message from the study, to him, should be that “there are clear health risks to extreme heat, and those risks are worse during the critical periods of development.” (In the study, there was no effect on earnings for children older than 12 months either way.)

Women shouldn’t get too worried if they are pregnant and living in a warm area, Rossin-Slater cautioned. The difference in earnings was small, after all, and nothing happened to the air-conditioned babies.

But that also doesn’t mean we should look to AC to solve all our climate-change woes. Air conditioning isn’t free, and people in the developing world—which is hotter—are more likely not to have access to it.

“In poor countries, we can sometimes be like, ‘Oh, it’s food insecurity, it’s drought, it’s not temperature,’” Grace said. “This is a place for us to start thinking about what physical environments do to our health.”