CLIMATE CHANGE SET TO WORSEN INEQUALITY IN US IF GREENHOUSE GASES AREN'T REDUCED... 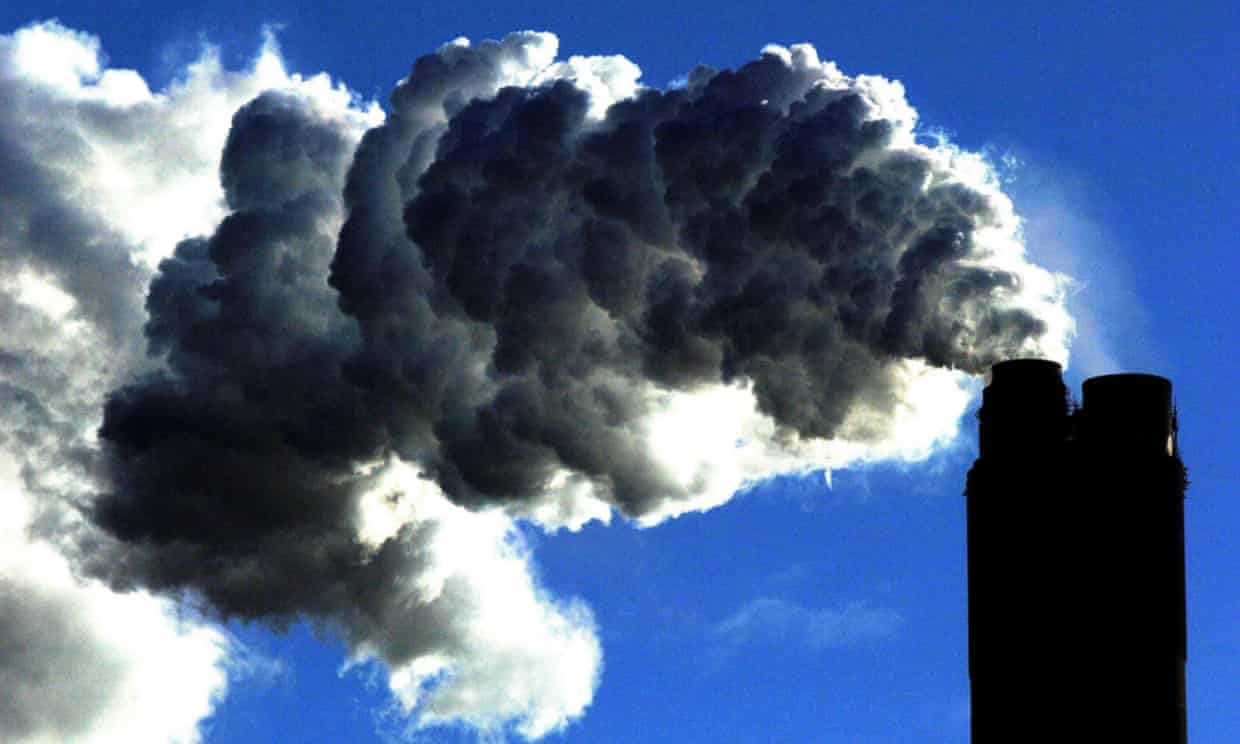 Each 1C of temperature rise is forecast to cost the US economy 1.2% in lost GDP, on average. Photograph: John Giles/PA

New research shows that by 2100 the economic loss from warming temperatures will be on par with the Great Recession, with states in the south most affected...

Climate change is likely to worsen existing inequalities in the US, with the poorest areas of the country poised to lose as much as 20% of their income by the end of the century if greenhouse gases are not significantly reduced. 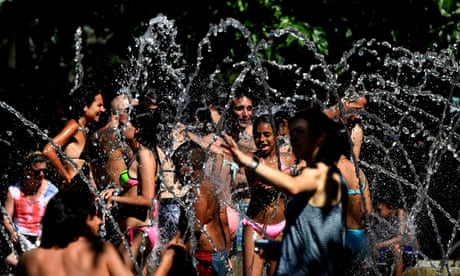 A third of the world now faces deadly heatwaves as result of climate change. Read more...

By 2100, the economic loss from warming temperatures will be on a par with the Great Recession of 2008 and 2009, with states in the south and lower mid-west to be most severely affected, according to new research. Overall, each 1C of temperature rise is forecast to cost the US economy 1.2% in lost GDP, on average.

“Unmitigated climate change will be very expensive for huge regions of the United States,” said Soloman Hsiang of the University of California, Berkeley, one of the authors of the study.

“If we continue on the current path, our analysis indicates it may result in the largest transfer of wealth from the poor to the rich in the country’s history.”

While large areas of the south will suffer economically and socially from heatwaves, storms and failing crops, parts of New England and the Pacific north-west will do comparatively well, with balmier conditions reducing deaths from the winter cold and some crops responding well to the extra warmth.

Previous research has shown that in some areas of the US, people have experienced seemingly favorable alterations to the climate. But the new study, conducted by a trio of US universities and published in Science, warns that unchecked climate change will prove costly for the whole country.

“We are finely balanced at the moment but even areas that will do well end up being harmed if the world warms more severely,” said Robert Kopp, a professor of Earth and planetary sciences at Rutgers University and another co-author. “That borderline of net harm marches northwards over the course of the century.”

Scientists looked at 116 climate projections and ran thousands of simulations of what would happen to the American economy under different emissions scenarios. Should little be done to constrain heat-trapping gases, temperatures could increase by up to 10F (5C) by the end of the century.

By analyzing the impacts on agriculture, crime, coastal storms, energy use, climate-related deaths and disrupted working conditions, the researchers found that the poorest third of counties in the US are set to experience an income loss of between 2% and 20% in this worst case scenario. 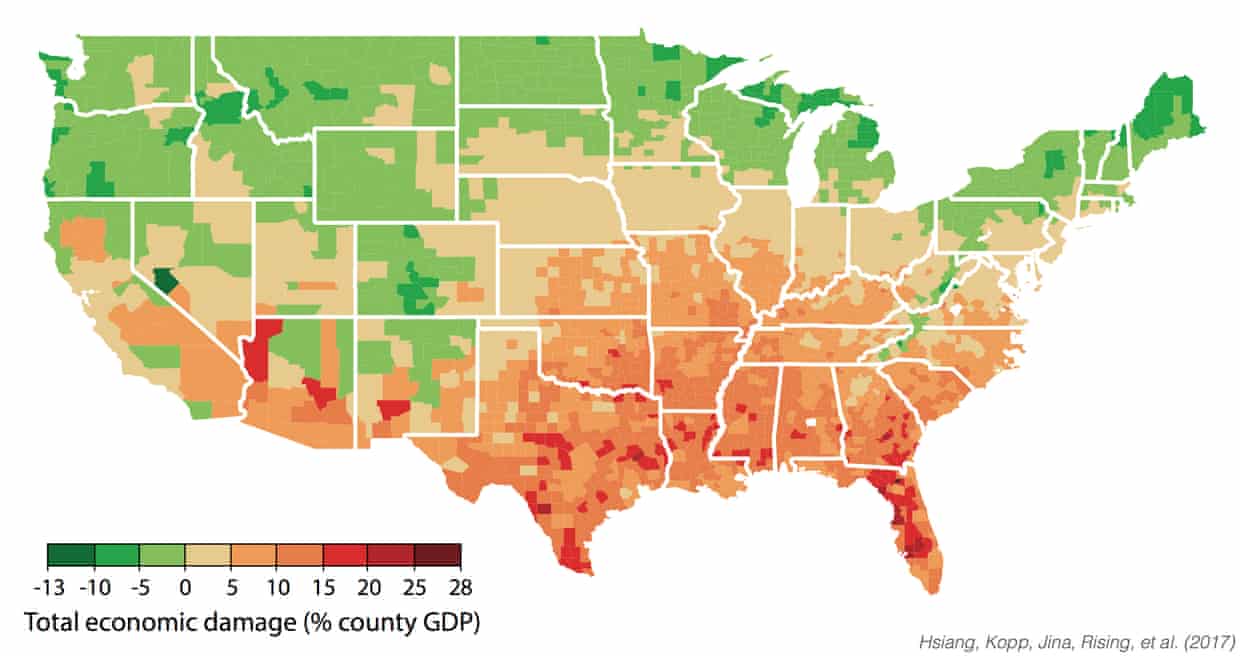 As temperatures rise, some crops do well and cold-related deaths can drop off. But any increase in warmth is linked to rising seas and an increase in violent crime, with many aspects of life becoming hard or even unbearable as the temperatures climb further.

Heatwavesare expected to pose a growing risk to people’s lives, while the output of workers drops as it gets hotter. Energy use for cooling will grow as temperatures rise, while storms and the advancing seas will take their toll on coastal communities.

States such as Texas, Louisiana and Georgia are expected to fare particularly badly. But Florida could be worst off of all given its low elevation and vulnerable demographics, Kopp said.

“Florida is home to a lot of the hardest-hit counties,” he said. “It’s hot, there are plenty of older people there and they will have a lot of coastal flooding and storms. You end up with Florida being the epicenter of these impacts.”

The economic cost of climate change will gather pace as temperatures climb, the study found, with an average 0.6% GDP loss from the first 1C of temperature rise compared to 1.7% of GDP lost once the fifth degree of warming is experienced.

Curtailing emissions from power plants, vehicles and agriculture will lessen some of these impacts, however. The research forecasts an average of one death per 100,000 people from climate-related impacts by the end of the century if emissions are radically cut, compared to a toll 10 times higher under “business as usual” conditions.

Donald Trump hasn’t acknowledged an economic cost to climate change and has instead pulled the US out of the Paris climate agreement and started dismantling various environmental regulations with the stated goal of boosting growth. In his speech announcing the US departure from the Paris accord, Trump said measures to reduce emissions would leave “millions and millions of families trapped in poverty and joblessness”.

This position has been increasingly challenged by researchers who have found that the cost of addressing climate change will probably be dwarfed by the consequences of rising seas, storms, drought and other maladies.

In 2006, the economist Nicholas Stern released a landmark report for the UK government that warned that at least 5% of global GDP could be lost each year due to climate change.

Meanwhile, the US Environmental Protection Agency has warned the US faces up to $180bn in economic losses by the end of the century due to drought and water shortages, and a separate study from Stanford and Berkeley researchers found that most countries suffer economic losses once average temperatures move beyond 55F.