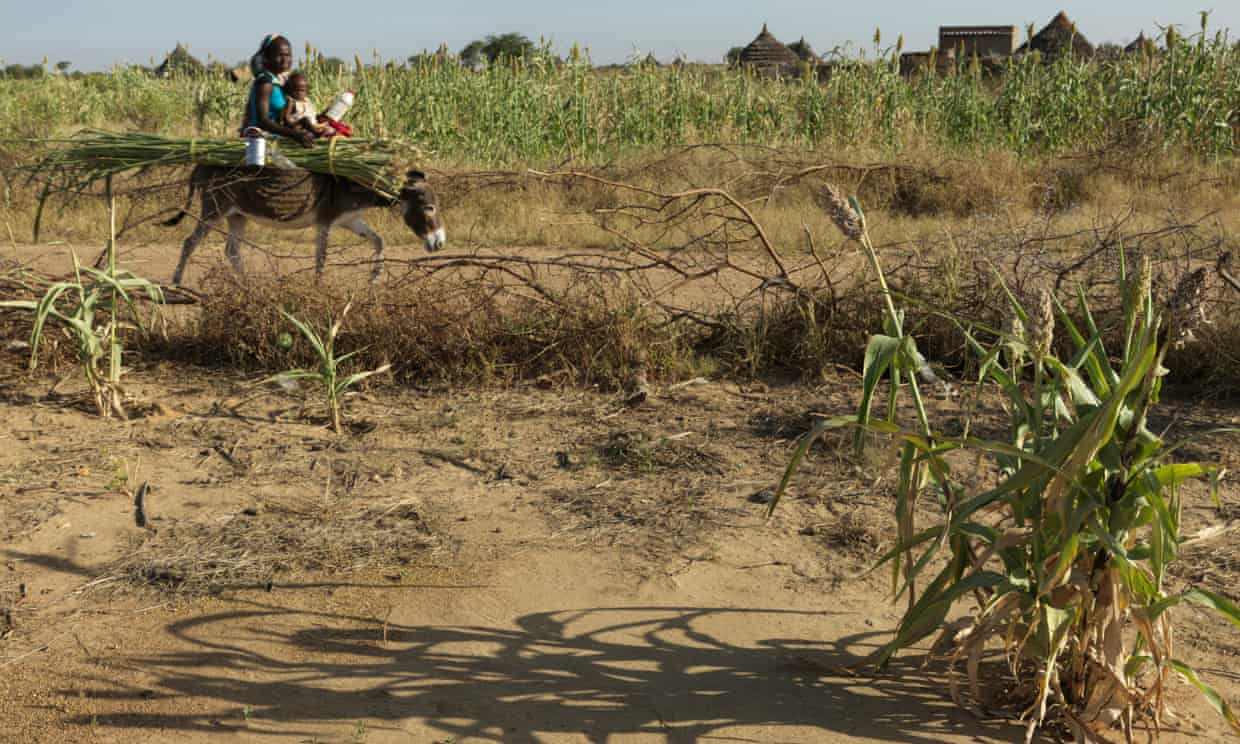 Successive droughts, like those seen in sub-Saharan Africa, could cause millions to migrate to Europe. Photograph: Peter Caton/Tearfund

Experts warn refugees could number tens of millions in the next decade, and call for a new legal framework to protect the most vulnerable...

Tens of millions of people will be forced from their homes by climate change in the next decade, creating the biggest refugee crisis the world has ever seen, according to a new report.

Senior US military and security experts have told the Environmental Justice Foundation (EJF) study that the number of climate refugees will dwarf those that have fled the Syrian conflict, bringing huge challenges to Europe.

“If Europe thinks they have a problem with migration today … wait 20 years,” said retired US military corps brigadier general Stephen Cheney. “See what happens when climate change drives people out of Africa – the Sahel [sub-Saharan area] especially – and we’re talking now not just one or two million, but 10 or 20 [million]. They are not going to south Africa, they are going across the Mediterranean.”

The study published on Thursday calls on governments to agree a new legal framework to protect climate refugees and, ahead of next week’s climate summit in Germany, urges leaders to do more to implement the targets set out in the Paris climate agreement.

Sir David King, the former chief scientific adviser to the UK government, told the EJF: “What we are talking about here is an existential threat to our civilisation in the longer term. In the short term, it carries all sorts of risks as well and it requires a human response on a scale that has never been achieved before.”

The report argues that climate change played a part in the build up to the Syrian war, with successive droughts causing 1.5 million people to migrate to the country’s cities between 2006 and 2011. Many of these people then had no reliable access to food, water or jobs.

“Climate change is the the unpredictable ingredient that, when added to existing social, economic and political tensions, has the potential to ignite violence and conflict with disastrous consequences,” said EJF executive director, Steve Trent.

“In our rapidly changing world climate change – and its potential to trigger both violent conflict and mass migration – needs to be considered as an urgent priority for policymakers and business leaders alike.”

Although the report highlights to growing impact of climate change on people in the Middle East and Africa, it says changing weather patterns – like the hurricanes that devastated parts of the US this year – prove richer nations are not immune from climate change.

But Trent said that although climate change undoubtedly posed an “existential threat to our world” it was not to late to take decisive action.

“By taking strong ambitious steps now to phase out greenhouse gas emissions and building an international legal mechanism to protect climate refugees we will protect the poorest and most vulnerable in our global society, build resilience, reap massive economic benefits and build a safe and secure future for our planet. Climate change will not wait. Neither can we. For climate refugees, tomorrow is too late.”