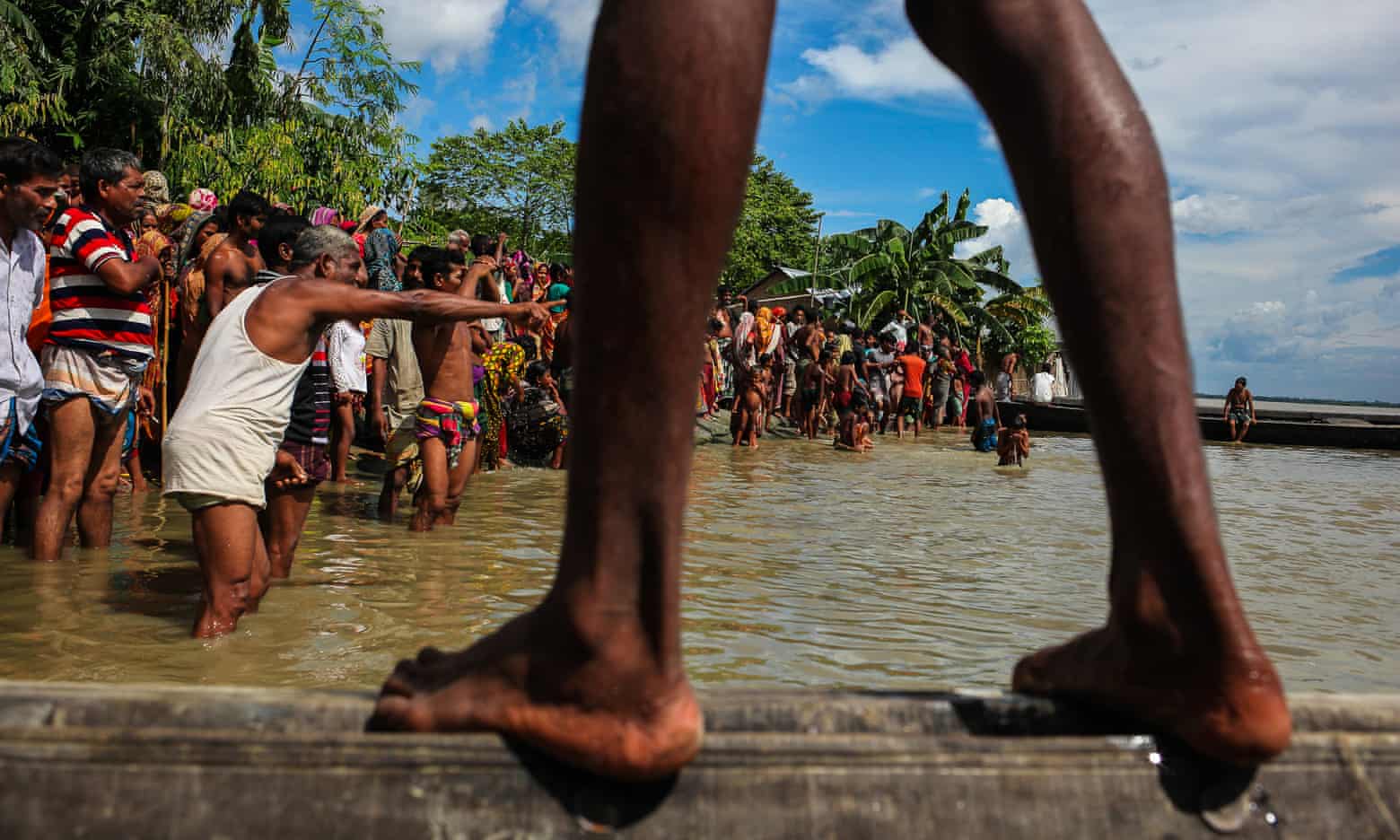 Climate change is set to cause a refugee crisis of “unimaginable scale”, according to senior military figures, who warn that global warming is the greatest security threat of the 21st century and that mass migration will become the “new normal”.

The generals said the impacts of climate change were already factors in the conflicts driving a current crisis of migration into Europe, having been linked to the Arab Spring, the war in Syria and the Boko Haram terrorist insurgency.

Military leaders have long warned that global warming could multiply and accelerate security threats around the world by provoking conflicts and migration. They are now warning that immediate action is required.

“Climate change is the greatest security threat of the 21st century,” said Maj Gen Munir Muniruzzaman, chairman of the Global Military Advisory Council on climate change and a former military adviser to the president of Bangladesh. He said one metre of sea level rise will flood 20% of his nation. “We’re going to see refugee problems on an unimaginable scale, potentially above 30 million people.”

Brig Gen Stephen Cheney, a member of the US Department of State’s foreign affairs policy board and CEO of the American Security Project, said: “Climate change could lead to a humanitarian crisis of epic proportions. We’re already seeing migration of large numbers of people around the world because of food scarcity, water insecurity and extreme weather, and this is set to become the new normal.

Related: Trump’s climate denial is just one of the forces that point towards war...

“Climate change impacts are also acting as an accelerant of instability in parts of the world on Europe’s doorstep, including the Middle East and Africa,” Cheney said. “There are direct links to climate change in the Arab Spring, the war in Syria, and the Boko Haram terrorist insurgency in sub-Saharan Africa.”

After Donald Trump, who has called climate change a hoax, won the US presidential election in November, Cheney said he expected senior military officials to impress upon Trump the grave threat posed to national security by global warming. “I’ve got to believe there are enough folks on the national security side that we can make a dent in this.”

R Adm Neil Morisetti, a former commander of the UK maritime forces and the UK’s climate and energy security envoy, said: “Climate change is a strategic security threat that sits alongside others like terrorism and state-on-state conflict, but it also interacts with these threats. It is complex and challenging; this is not a concern for tomorrow, the impacts are playing out today.”

Morisetti said climate change would mean the UK military will be deployed more often to conflict and disaster zones. The military leaders were speaking ahead of an event in London on Thursday.

In September, a coalition of 25 US military and national security experts, including former advisers to Ronald Reagan and George W Bush, warned that climate change poses a “significant risk to US national security and international security” that requires more attention from the US federal government.

In 2015, a UK foreign office report made a stark assessment of the dangers posed by unchecked global warming, including very large risks to global food security, increased risk of terrorism as states fail, and unprecedented migration that would overwhelm international assistance.

“Countries are going to pay for climate change one way or another,” said Cheney. “The best way to pay for it is by tackling the root causes of climate change and cutting greenhouse gas emissions. If we do not, the national security impacts will be increasingly costly and challenging.”