CLIMATE CHANGING 'TOO FAST' FOR SPECIES... 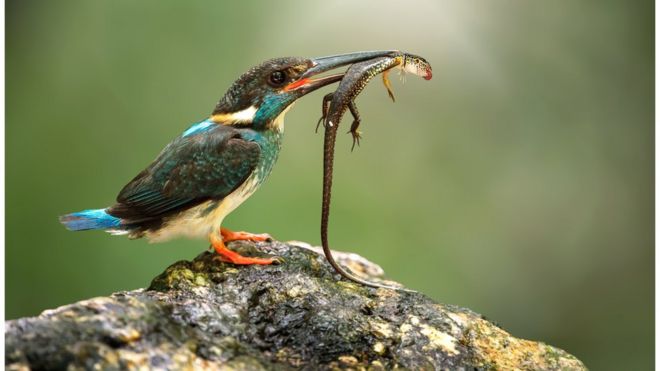 Tropical species are thought to be particularly vulnerable.  Thinkstock

Many species will not be able to adapt fast enough to survive climate change, say scientists...

A study of more than 50 plants and animals suggests their ability to adapt to changes in rainfall and temperature will be vastly outpaced by future climate change.

Amphibians, reptiles and plants are particularly vulnerable, according to US researchers.

And tropical species are at higher risk than those in temperate zones.

Some animals might be able to move geographically to cope with rising temperatures, but others live in isolated areas where they cannot move, such as in nature reserves or on mountains or islands.

Ecologists analysed how quickly species had changed their climatic niches (the conditions where they can survive) over time, and how these rates compared with that of global warming.

They analysed populations of plants and animals, including insects, amphibians, birds, mammals and reptiles.

Rates of change in climatic niches were much slower than rates of projected climate change, by more than 200,000 fold for temperature (on average), they said.

"Overall, our results show that rates of climatic niche change among populations of plants and animals are dramatically slower than projected rates of future climate change," said Tereza Jezkova and John Wiens, of the University of Arizona.

Mammals and birds might be better placed to survive than amphibians and reptiles, because they had the ability to regulate their own body temperatures, said Dr Wiens.

And, while some species might be able to move to higher latitudes or elevations to survive, "for a lot of organisms, that is not an option".

"It's a double jeopardy of climate change and habitat destruction," he told BBC News.

The research is published in the journal, Proceedings of the Royal Society B: Biological Sciences.