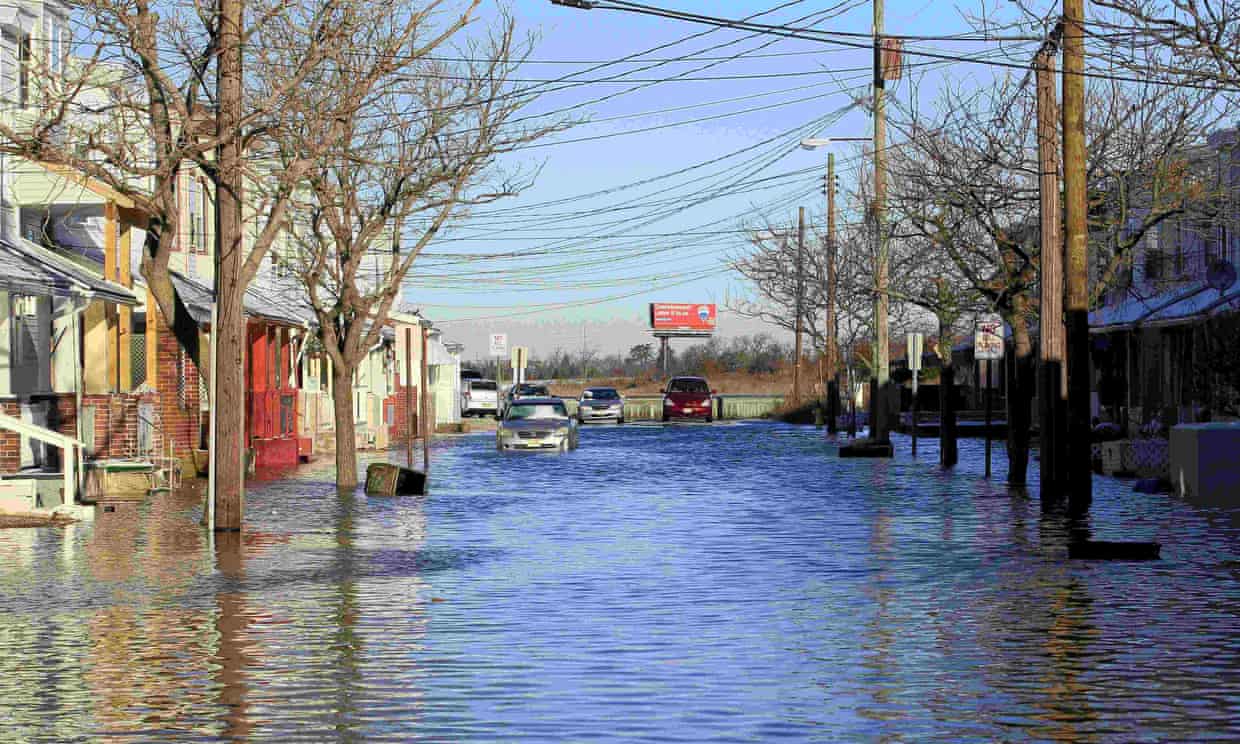 The current rate of global warming could raise sea levels by “several meters” over the coming century, rendering most of the world’s coastal cities uninhabitable and helping unleash devastating storms, according to a paper published by James Hansen, the former Nasa scientist who is considered the father of modern climate change awareness.

The research, published in Atmospheric Chemistry and Physics, references past climatic conditions, recent observations and future models to warn the melting of the Antarctic and Greenland ice sheets will contribute to a far worse sea level increase than previously thought. 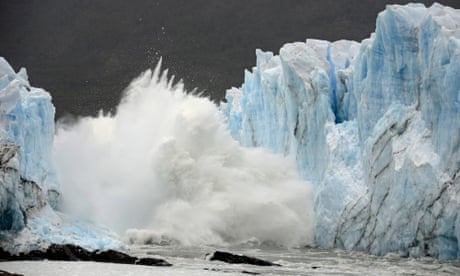 Sea level rise is accelerating; how much it costs is up to us...

Without a sharp reduction in greenhouse gas emissions, the global sea level is likely to increase “several meters over a timescale of 50 to 150 years”, the paper states, warning that the Earth’s oceans were six to nine meters higher during the Eemian period – an interglacial phase about 120,000 years ago that was less than 1C warmer than it is today.

Global warming of 2C above pre-industrial times – the world is already halfway to this mark – would be “dangerous” and risk submerging cities, the paper said. A separate study, released in February, warned that New York, London, Rio de Janeiro and Shanghai will be among the cities at risk from flooding by 2100.

Hansen’s research, written with 18 international colleagues, warns that humanity would not be able to properly adapt to such changes, although the paper concedes its conclusions “differ fundamentally from existing climate change assessments”.

The IPCC has predicted a sea level rise of up to one meter by 2100, if emissions are not constrained. Hansen, and other scientists, have argued the UN body’s assessment is too conservative as it doesn’t factor in the potential disintegration of the polar ice sheets.

Hansen’s latest work has proved controversial because it was initially published in draft form last July without undergoing a peer review process. Some scientists have questioned the assumptions made by Hansen and the soaring rate of sea level rise envisioned by his research, which has now been peer-reviewed and published.

“Namely, the projected amounts of meltwater seem … large, and the ocean component of their model doesn’t resolve key wind-driven current systems (e.g. the Gulf Stream) which help transport heat poleward,” Mann said in an email to the Guardian.

“I’m always hesitant to ignore the findings and warnings of James Hansen; he has proven to be so very prescient when it comes to his early prediction about global warming. That having been said, I’m unconvinced that we could see melting rates over the next few decades anywhere near his exponential predictions, and everything else is contingent upon those melting rates being reasonable.”

Hansen was one of the first scientists to push climate change into the public’s consciousness, following a series of appearances before Congress in the 1980s. He retired from his role at Nasa in 2013 and has become increasingly outspoken about the need to slash emissions, criticizing last year’s Paris climate deal as a “fraud” because it didn’t go far enough. 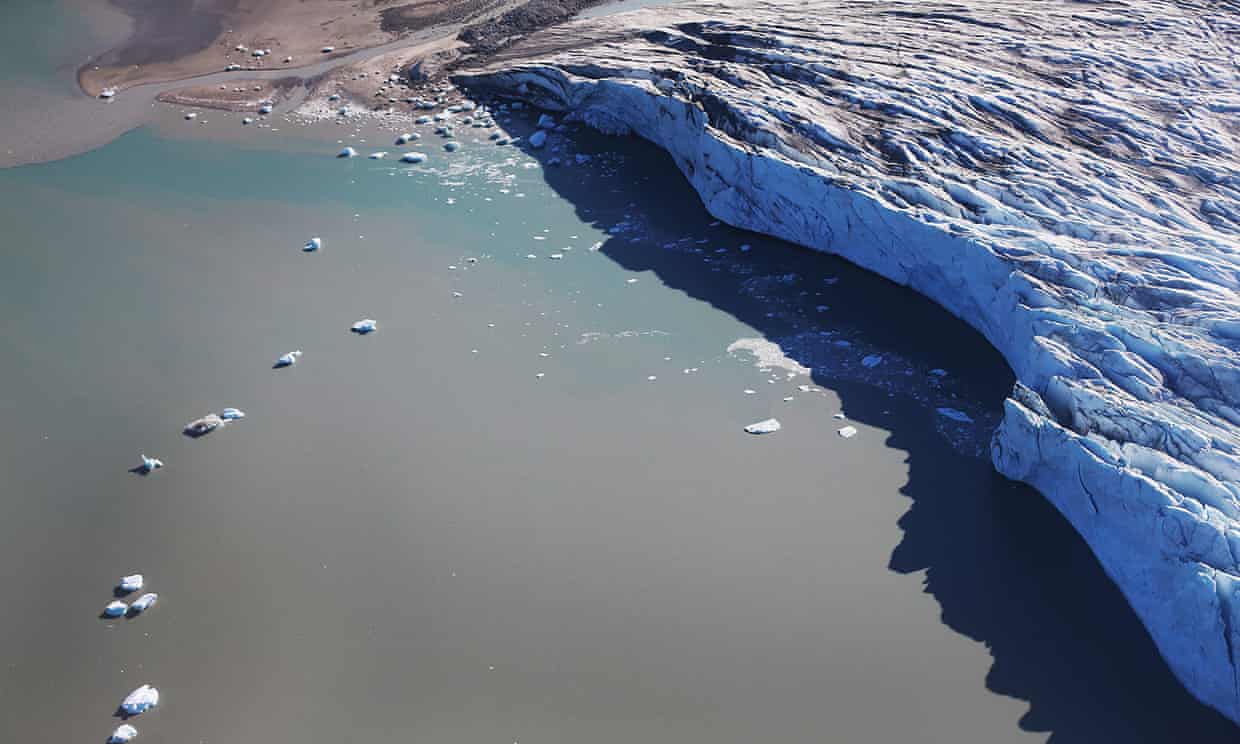 James Hansen argues that the effects of melting glaciers, such as this one near Ilulissat, Greenland, could be devastating. Photograph: Joe Raedle/Getty

His new research warns that water gushing from melted glaciers is already influencing important ocean circulations near both poles. The added cold water risks “shutting down” the North Atlantic heat circulation, triggering a series of storms similar to Hurricane Sandy, which hobbled New York City in 2012.

“If the ocean continues to accumulate heat and increase melting of marine-terminating ice shelves of Antarctica and Greenland, a point will be reached at which it is impossible to avoid large-scale ice sheet disintegration with sea level rise of at least several meters,” the paper states. “The economic and social cost of losing functionality of all coastal cities is practically incalculable.”

Hansen said the world was “pretty darned close” to the point of no return, warning that emissions need to be cut by about 6% a year in order to stabilize the climate.

“What we are threatening to do to young people is irreversible, it’s irreparable harm,” he said. “This is something they didn’t cause but will be out of their control. Among the top experts, there’s agreement that this is very urgent, we can’t continue on this path hoping that emissions will go down, we have to take actions.”

Hansen reiterated his call for a global tax on carbon, denying that the roles of scientist and advocate for change are conflicted.

“This isn’t advocacy, this is what is needed,” he said. “We are allowing fossil fuel companies to use the atmosphere as a free waste dump. If scientists don’t say it then politicians will tell you what’s needed and that will be based upon politics rather than science. I don’t see any reason to not make the whole story clear, or to draw a line and say ‘I’m not going to step beyond this.’”

Tom Wagner, Nasa’s program scientist for the cryosphere, said Hansen has done an “amazing job” in providing a “provocative” piece of research on sea level rise.

“It’s an interesting paper as it’s one of the few times when all of these different fields have been combined,” he said. “It is at odds with some research from other places. He’s made a great effort to combine the Eemian period to what is happening today, which is hard to do. It’s a tough one.

“We know that our knowledge of ice sheet behavior is imperfect, and this is a paper that really gets into that question. We are narrowing down the error bars all the time.”

Scientists recently expressed alarm at the record heat that has baked the planet in the first few months of 2016, which follows a year that was the warmest on record.

These record temperatures, aided by a strong El Niño event, come as nations appear to be slowing the growth of the greenhouse gas emissions that are causing the excess heat. Recent figures show the world emitted 32.1bn tonnes of carbon dioxide from energy in 2015, on a par with 2014, while accelerating the shift to renewable energy.

Nevertheless, humanity is still pumping out CO2 into the atmosphere at a rate 10 times faster than at any point in the past 66m years, with the resulting sea level rises, extreme weather events, coral bleaching and drought already evidenced around the globe.