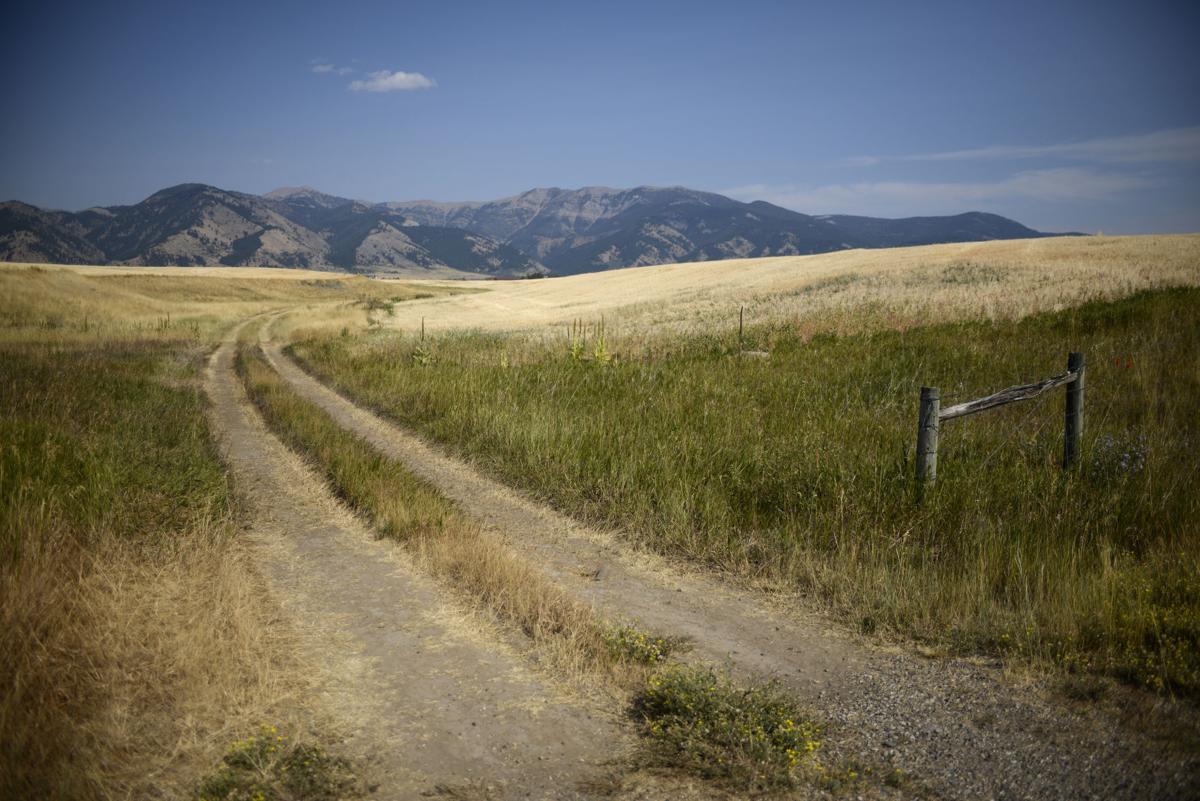 A farming road weaves around a wheat field Thursday, Aug. 31, 2017, off Springhill Road. Montana’s average temperatures are increasing, mountain snowpacks are declining, large wildfires are more frequent, and all that is expected to continue in the coming decades, according to a study of climate change within Montana released Wednesday. Rachel Leathe/Chronicle

Montana’s average temperatures are increasing, mountain snowpacks are declining, large wildfires are more frequent, and all that is expected to continue in the coming decades, according to a study of climate change within Montana released Wednesday...

The Montana University System’s Institute on Ecosystems has released the Montana Climate Assessment, a statewide report that looked at climate trends and their impacts on Montana’s water, forests and the agriculture industry. A group of scientists spent two years working on the assessment to show people what has happened and what may happen as a result of climate change.

During a news conference Wednesday, Cathy Whitlock, a Montana State University professor and one of the authors, said the assessment is meant to help Montanans “plan, make wise decisions and become more resilient” in the face of climate change. 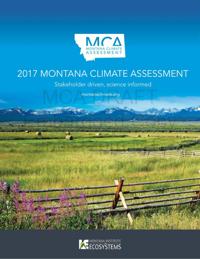 It’s the first in a planned series of these assessments, and the authors will travel the state over the next year to discuss the findings. They plan to expand their work in the future to cover other topics, like the impact of climate change on tourism and recreation.

The assessment says temperatures across the state increased by about 3 degrees on average between 1950 and 2015. That increase outpaced the national average, which the study attributes to Montana’s geographic location, and the authors expect warming here will continue to outpace “most parts of the country, particularly when compared to states in coastal regions.”

“Key to the concern is that coming temperature changes will be larger in magnitude and occur more rapidly than any time since our 1889 declaration of statehood,” the study says.

Climate change is expected to make fires bigger and more frequent, according to the report. Warmer temperatures will keep fire fuels dry for longer and allow certain tree-killing insects to thrive.

Fire season is expected to continue getting longer. Ashley Ballantyne, a forestry professor at the University of Montana, said the season has been lengthening by two days a year on average, and continued warming will keep that going.

“Forests will be vulnerable to fire for a greater portion of the year,” he said.

The assessment says there weren’t any significant trends in annual precipitation totals across the state, but when precipitation falls has been changing. The authors noted declines in the winter and increases in springtime precipitation in the eastern part of the state.

Snowpack accumulation is expected to decrease as temperatures rise, and streamflow patterns are likely to shift, the assessment says. It also says rising temperatures will make droughts even worse, and that the state may need to look at storing water so that it’s available during times of high demand.

Agricultural growing seasons are longer than they were in 1950, with 12 more frost-free days each year, according to the report. Even fewer days of frost are expected in the future, but the report also predicts there will be more days that surpass 90 degrees, which creates challenges for farmers and ranchers as water demand from crops and livestock increases.

The study says it could make it harder for farmers and ranchers to turn a profit, especially if they don’t take steps to adapt — like switching to more drought-tolerant crops or grazing grasses.

“Precise projections need not be a prerequisite for mitigation and adaptation,” the assessment says. “Instead, maintaining or increasing resilience in Montana’s agriculture system is paramount.”

Lola Raska, the executive vice president of the Montana Grain Growers Association, said the assessment will support research efforts to develop grain types that can thrive in a warmer climate.

“This will help to drive research efforts in creating varieties that are adaptable to our conditions,” Raska said.

Errol Rice, the executive vice president of the Montana Stockgrowers Association, said they’d like to use the data to develop tools for ranchers, like hyper-local weather prediction services.

“These are some of the cutting-edge things this assessment can feed into,” Rice said.

Some work on that is already underway. Bruce Maxwell, an agriculture professor at Montana State University, said they are working on establishing weather station networks in more parts of the state.

Kelsey Jensco, the director of the Montana Climate Office at the University of Montana, said they are also looking for the best way to collect and disseminate that information so that it can be useful for farmers.

“Key here is taking that data and information and making it useful for the people who rely on it,” Jensco said.

Michael Wright covers the environment and wildlife issues for the Chronicle.