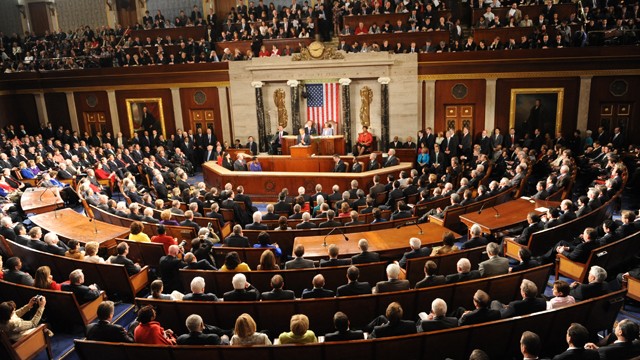 Here are some crazy, detached folks that also happen to be enablers of crippling denial at the

In an email exchange a few months ago for another story, historian Naomi Oreskes counseled me that climate denial would only get more bold and unhinged as the impacts of climate change became more obvious.

With their rhetoric around the Paris climate talks, anti-science firebrands are making their nemesis, Dr. Oreskes, seem prescient.

Leader Jim Jones, a former San Francisco street preacher, ordered over 900 of his followers to commit mass suicide in Guyana in 1978.  They complied. Now, 37 years after their tragic demise, they’re being compared to the science community, defense strategists, environmental activists, and a pope.

Over at Breitbart, James Delingpole was slightly more restrained, dismissing climate scientists as “talentless low-lives who cannot be trusted.”

I reached out to the Climate Scientists’ Underground Lair, but their voicemail said they were all out selling drugs at middle schools.

A hardy perennial among denier memes is flourishing: President Obama, they say, is a hypocrite because he arrived at the Paris meet via a fuel-guzzling jet.

I can remember encountering this one as far back as 1985, when a chemical industry exec told me that because I, too, had used an aeroplane, I had no moral authority to write about anyone else’s pollution.  But I’m no Obama, and he’s drawn heavy flack as Sean Hannity, Glenn Beck, the National Review, and others beat this dead horse.

I’m willing to give Obama some slack for using Air Force One:  Perhaps the carbon-neutral Presidential trireme is back in drydock.

Rush Limbaugh postulated that “deranged people …..and most of them are leftists” would take Obama’s embrace of climate action as a cue to start America’s next mass shooting.

Lord Monckton, the theatrical British peer, offered a different perspective: Instead of one-off acts of domestic terrorism, he said, Obama’s game was teaming up with “malevolent scientists,” using the climate summit to establish a world totalitarian government.

Another central theme from the denial-o-sphere is that distributing as much coal as possible throughout the developing world will be the key to beating “energy poverty.”

Peabody Energy, who couldn’t lick Appalachian poverty even while mining a century’s worth of its coal, is big on this one.  And Peabody’s learning a thing or two about its own poverty:  Its stock traded at $112 a share in 2001, and right now, it’s hovering at $10.

Patrick Moore, an early Greenpeace leader who has spent the last quarter century in the employ of the chlorine industry, the timber industry, the nuclear industry, the aquaculture industry and others who need an environmental PR boost, officially weighed in as an ocean acidification denier.

In a report that appears to contain no original research or indication of peer review, Moore defies a growing body of research as well as a basic understanding of chemistry by pronouncing that “alarmism” is responsible for findings—original research and peer-review included—that the pH balance of the oceans is beginning to change.

Hopefully you get the gist of this by now.

These people are crazy.  Detached from reality.  Off the deep end.  Not rowing with both oars in the water.  And while the U.S. media hasn’t entirely stopped giving them oxygen, they’re now largely quarantined onto Fox News.

On Monday, a conference at an ironically-named Paris venue drew Moore, Monckton, and a host of denial cohorts, but according to Reuters, filled “just a handful of the 70 seats." Yes, there was plenty of room at the Hotel California.

These people are crazy. Detached from reality. Off the deep end. Not rowing with both oars in the water.

So why am I spending time on them?

They’re also the enablers of crippling denial at the highest levels of the United States Congress, and at the core of the Republican race for the 2016 Presidential nomination.

Dr. Happer jumped the mother of all sharks last year, when in a TV interview he likened the “demonization” of CO2 to the treatment Jews received under Hitler.

Their testimony, and that of Rear Admiral David Titley, the lone witness from outside the deny-o-sphere, is here.

Steyn’s is particularly striking: In a written statement prior to the testimony, he takes a swing at the National Science Foundation and manages to work in references to the “Communist regimes of Eastern Europe” and “the Baathist tyranny of Saddam Hussein.” He also repeated the charge that got him hauled into court.

Sen. Cruz kicked things off by ticking off a laundry list of oft-refuted claims: Polar ice is not declining, there’s been no warming in 18 years, and, of course, that he’s all about science.

He also introduced Steyn as a “human rights activist” for his role in toppling a Canadian anti-hate speech law.

Senate Majority Leader Mitch McConnell worked overtime to undermine U.S. efforts to push for an accord.  And Cruz is hardly alone among the GOP presidential contenders.

Only three longshots—Jeb Bush, John Kasich, and Chris Christie—have made occasional acknowledgements that maybe-just-maybe we’ve got a climate problem.  Last week, Christie flew with the pack, blurting out “Hell No!” when asked if the U.S. should lead on climate change.

Climate-denying demagogues are far from the only reason that denial is grossly overrepresented in American politics.  An irrational campaign finance and primary system and underperforming political journalism are major players, too.

But I neither expect nor want the Tom Steyers and Mike Bloombergs of the world to outbuy the tsunami of money coming from their ideological opposites.  Nor do I expect the Lamar Smiths or Jim Inhofes in Congress to feel unsafe in their denial—they routinely coast to re-election by margins of three to one or better.

But maybe we’re reaching peak denial.  Maybe the ideology, money, and irrational fear that a cabal of scientists and hippies are poised to take over the world are getting tired.   Maybe the crackpots will move on, as they’ve partially done with marriage equality. Humor me on this, please.