CONSUMERISM AND CAPITALISM IS DESTROYING THE EARTH... 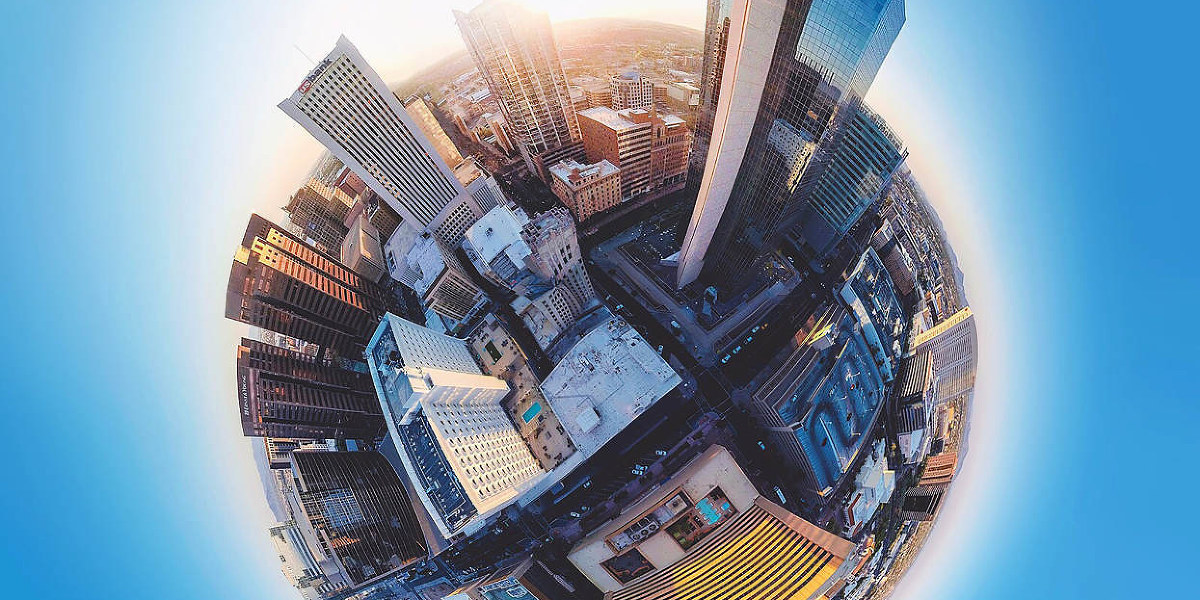 Commentary: What will it really take to avoid collapse?

Our global systems, which are designed for perpetual growth, need to be fundamentally restructured to avoid the worst-case outcome.

For a moment, the most important news in the entire world flashed across the media like a shooting star in the night sky.

In November, more than 15,000 scientists from 184 countries issued a dire warning to humanity. Because of our overconsumption of the world's resources, they declared, we are facing "widespread misery and catastrophic biodiversity loss." They warned that time is running out: "Soon it will be too late to shift course away from our failing trajectory."

This is not the first such notice. Twenty-five years ago, in 1992, 1,700 scientists (including the majority of living Nobel laureates) sent a similarly worded warning to governmental leaders around the world. In ringing tones, they called for a recognition of the Earth's fragility and a new ethic arising from the realization that "we all have but one lifeboat."

The chart for marine catch shows something even scarier: in 1996, the catch peaked at 130 million tons and in spite of massively increased industrial fishing, it's been declining ever since—a harbinger of the kind of overshoot that unsustainable exploitation threatens across the board.

Along with their warning, the scientists list a dozen or so examples of the kind of actions that could turn humanity's trajectory around. These include indisputably necessary strategies such as halting the conversion of native habitats into farmland; restoring and re-wilding ecologies; phasing out fossil fuel subsidies; and promoting dietary shifts toward plant-based foods.

With the future of humanity at stake, why aren't we already doing these things? What will it really take for our civilization to change course and save itself from destruction?

We can begin to answer that simply by looking at the media's reception to this warning. With 15,000 scientists—including Jane Goodall, E. O. Wilson, and James Hansen—declaring a potential catastrophe at hand, you might think this would make headlines everywhere. Think again.

While it led to a few short articles in select publications around the world, with the one commendable exception of CNN, it was virtually ignored by American mainstream media.

This should hardly come as a surprise. In fact, global climate breakdown—perhaps the greatest existential threat faced by our civilization—is barely considered newsworthy on American television. In 2016, the hottest year on record, when the Paris agreement was signed and presidential candidates held widely differing opinions on climate change, the entire year's climate coverage by all network news services in the U.S. amounted to less than an hour: a paltry 50 minutes, representing a 66 percent drop from the previous year.

How could that be? One reason is that, as a result of decades of massive industry consolidation, the U.S. media is controlled by a few large corporations.

Like all shareholder-owned companies, their overriding concern is making profits, in this case from advertising dollars. The news services, once considered a hallowed responsibility administered for the public good, have been reduced to just another profit center—and it was decided that climate change news isn't good for advertising revenue, especially since a big chunk of that comes from the fossil fuel and agribusiness companies responsible for much of the problem.

The largest Ponzi scheme in history 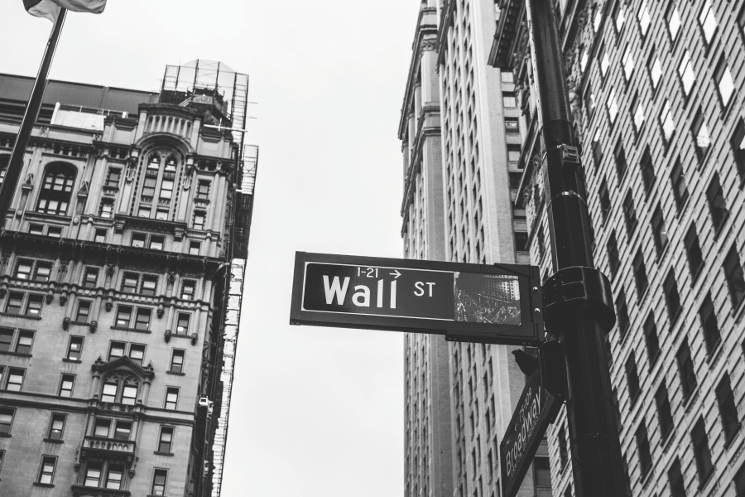 Which leads us to some of the underlying structural changes that need to occur if human civilization is to avoid collapse. The fundamental problem is brutally simple: our world system is based on the premise of perpetual growth in consumption, which puts it on a collision course with the natural world.

Either the global system has to be restructured, or we are headed for a catastrophe of immense proportions that has never been experienced in human history. However, the transnational corporations largely responsible for driving this trajectory are structurally designed to prevent the global changes that need to take place.

Something that is only dimly understood outside financial circles is that the vast bulk of the wealth enjoyed by the global elite is based on a fabrication: a belief in the future growth in earnings that corporations will deliver. For example, the current P/E ratio of the S&P 500 is about 23, which means that investors are valuing companies at 23 times their earnings for this year.

Related: The "thugs" running the US government are a small part of the story

Another way of looking at it is that less than 5 percent of the wealth enjoyed by investors relates to current activity; the rest is based on the dream of future growth.

Historically, investors have been richly rewarded for this dream. The world's economic output is roughly 20 times greater than it was in 1950, and market valuations have increased accordingly. But this is the same growth that is driving our civilization to collapse. Today's market values are based on a belief that the world's economic output will triple from its current level by 2060.

That implies three times as much pillaging of the world's resources than the rate that has led to the scientists' dire warning to humanity.

Something has to give.

Like any Ponzi scheme, this global growth frenzy is based on maintaining the illusion for as long as possible. Once it becomes clear that this rate of growth is truly unsustainable, the whole house of cards will come tumbling down.

We saw in the 2008 financial meltdown a relatively tame dress rehearsal for what a full-scale financial collapse would look like.

This is what the global power brokers don't want anyone to think about. It's ultimately why the media obsesses with Donald Trump's latest tweets rather than the devastation caused by climate breakdown-induced hurricanes.

Like passengers moving deckchairs on the Titanic, much of the world's population has been hypnotized by a daily onslaught of celebrity spats and political feuds—anything to avoid the realization that we are all heading for collapse in order to keep the affluent in luxury.

It is a testament to their success so far that, in the words of Slavoj Žižek, it is "easier to imagine the end of the world than the end of capitalism."

Imagining the end of capitalism

However, the only thing that will truly avert collapse will be a radical restructuring of the economic system that is driving us ever more rapidly to that precipice.

This will only come about when enough of us are ready to jettison the consumer values that pervasive mainstream culture foists on us. In their place, we need to find other sources for meaning in our lives: growing the quality of our experiences rather than our consumption, building our communities together, and reconnecting with the natural world.

On that basis, we'll be better equipped to join in the struggle to save humanity—and the rest of the Earth—from the plundering envisaged by the perpetual growth frenzy of global corporate capitalism.

There are plenty of alternative paths available to us—we just don't hear about them because they never get the media's attention. Most Americans, for example, are completely unaware that the little country of Costa Rica, with a GDP per capita less than one-fifth of the U.S., boasts a higher average life expectancy and scores far higher in levels of wellbeing—while producing 99 percent of its electricity from renewable sources.

There is valuable work being done around the world in visualizing a future based on different principles than the current Ponzi scheme. Well-developed plans to avert climate breakdown include a state-by-state and nation-by-nation pathway to reach 100 percent renewable energy by 2050, and a Climate Mobilization Victory Plan to restructure the U.S. economy in a manner similar to what FDR accomplished after Pearl Harbor.

There are radically different ways for a society to function effectively that could apply to nations around the world if given half a chance. A flourishing future might involve more cooperative ventures, protection and expansion of the commons, and enhanced global governance with strict penalties for those who destroy ecological wellbeing.

Collapse isn't the only future in store for humanity—it's merely the one we're headed for unless and until we change course. Since the mainstream media isn't going to get the word out, it has to be up to each of us who cares about the future of the human race.

Jeremy Lent is author of The Patterning Instinct: A Cultural History of Humanity’s Search for Meaning, which investigates how different cultures have made sense of the universe and how their underlying values have changed the course of history. He is founder of the nonprofit Liology Institute, dedicated to fostering a sustainable worldview. More info: jeremylent.com.