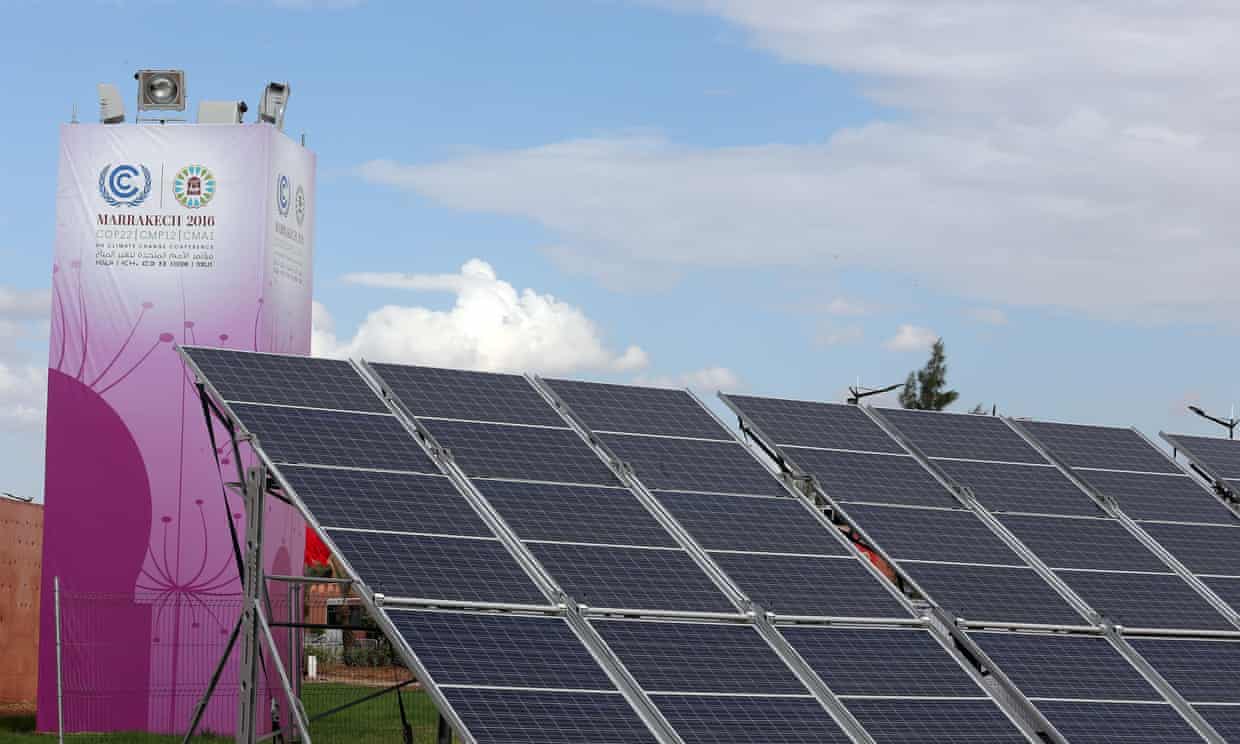 ast December we had temperatures of 25C. Normally it is 1 or 2C at that time of year,” says Mohammed Ibrahimi, a farmer with one hectare of apple trees in Boumia, a village near Midelt in Morocco.

“These trees need at least 1,200 hours of near-freezing temperatures in the winter to help them to regenerate. This year they flowered very late; the harvest was a month late and I harvested just 20 tonnes when I’d expected 40 tonnes.” 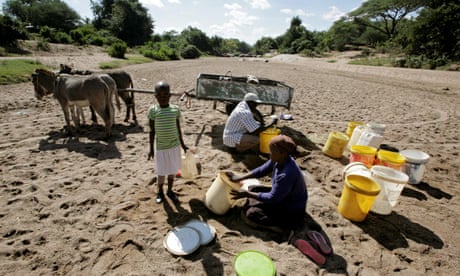 The town of Midelt sits 1,600m above sea level on a vast barren plain sandwiched between the Middle Atlas mountain range to the north and the High Atlas to the south. One of the highest mountains in north Africa, Jbel Ayachi, looms snow-clad over the town. Due to its altitude, Midelt is well-suited to apples, and plantations are scattered all over the plains. But farmers are already abandoning their orchards.

“When we were kids the mountains had snow on them until at least June, sometimes even all year. We had ample underground water sources. We used to have to dig about 4m down to find water – now it can be [many times deeper]. How can we irrigate our crops with that?” says Ibrahimi.

Like most African countries, Morocco – where 40% of the population still works the land – is already feeling the impacts of climate change on its agricultural production. Last year, during the exceptional season Ibrahimi describes – caused in large part by the regular El Niño weather pattern – Morocco went without rain for more than two months. Overall it received 42.7% less rain during its main planting season than in an average year. The impact on the harvest was catastrophic, particularly on the “zone bour” (dry zone) areas where crops such as wheat, barley and maize are planted. Ministry of Agriculture estimates predicted total output falling 70% on the 2015 season.

“Starting from the early 1990s, we’ve seen on average 15% to 20% less rain annually than previously,” says Mohamed Ait Kadi, president of Morocco’s General Council of Agricultural Development. “The rain now comes in showers instead of sustained downpours, and we see arid areas spreading.”

As the host country for the COP22 climate change talks, which open in Marrakech on Monday, Morocco is determined to make this meeting the “African COP”.

Explaining its own experience and acting as an advocate for other African countries, Morocco wants to put the impacts of erratic weather patterns on agriculture at the heart of the discussions.

No-one is underestimating the challenges. Water stress, land degradation, rising temperatures and deforestation are all playing a role. Areas such as the Sahel – including Chad, Niger and Mali – have experienced recurring droughts every few years since the 1980s, devastating harvests, economies and traditional farming ecosystems. In 2010 at least 7 million people across the Sahel were threatened with severe hunger and needed emergency food aid from humanitarian organisations.

According to the journal Nature, the viability of all crops in the Sahel belt will become questionable, with maize being the worst affected. By 2090 some 60% of land available for bean production will become unsuitable. Southern and eastern Africa have all suffered catastrophic droughts over the last few years. 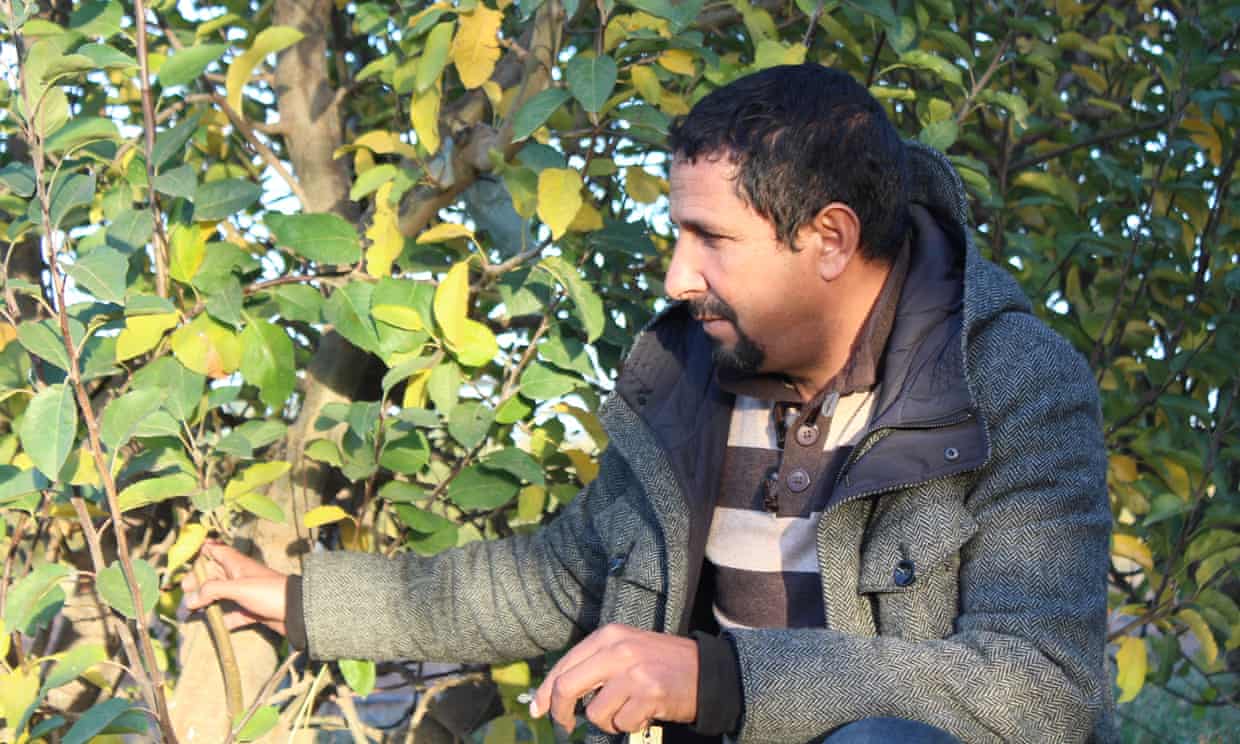 Farmer Mohammed Ibrahimi examines apples on his plot in Boumia. This year’s harvest was a month late, and brought only half the expected yield. Photograph: Celeste Hicks for the Guardian

Although the initiative has received some criticism as some of its focus appears to replicate the work already being done by other pan-African agriculture programmes, Morocco believes its main contribution can be to persuade world leaders to sign up to a concrete plan of how to divide up the $100bn (£81bn) promised to support adaptation and mitigation projects in developing countries. 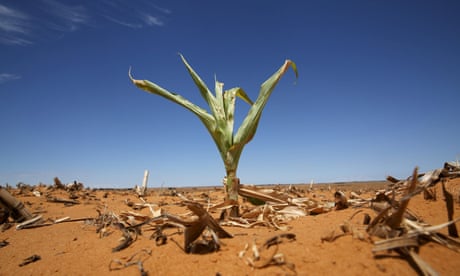 “We have to translate the big ideas written in western offices about responses to climate change into something that actually changes the lives of small farmers,” said Morocco’s minister of Agriculture and Fisheries, Aziz Akannouch, at a recent conference launching the AAA. “It’s about pragmatic responses – things like irrigation projects, developing oases, improving access to fertilisers and credit.”

For Bruce Campbell, director of the global programme on climate change, agriculture and food security, better management of water sources will be crucial. Just 3.3% of arable land (approx 6 million hectares) in sub-Saharan Africa is irrigated, compared to 37% in Asia. In Morocco too, despite huge gains in increasing commercial agricultural outputs through mechanisation and improved use of fertilisers, an estimated 85% of agricultural land is still dependent on the skies. “One of the things which could really make a difference for small-scale farmers is better weather forecasting information in local languages,” says Campbell. “All farmers should have known that an El Niño event was expected in 2015-16, and they could have saved their seeds and inputs for a better year.”

Back in Boumia, as we warm up with a mint tea and msmen – a traditional Moroccan flatbread served with honey – after a bracing walk in the fields, the apple farmers chew over what all this can mean for them. “I don’t think we’ll ever return to how it was before,” says Ibrahimi, “but it’s not too late. The most important thing is to stop any further damage immediately. And then we need developed countries to take responsibility for the damage they have done.”