The Covid-19 numbers are down. The pandemic is coming to an end, with declining cases and deaths. But the global climate numbers are up higher than ever. 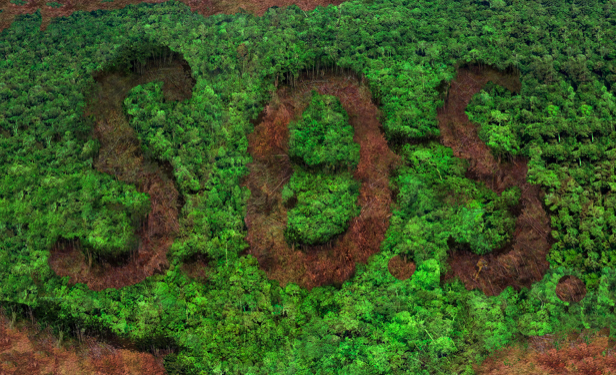 The climate data looks like the world will be coming to an end if there is no drastic immediate global emergency intervention.

The Covid-19 pandemic emergency has eclipsed the global climate (and oceans) emergency, and the timing could not be worse. We read that climate disruption is not happening now, “in our face,” like the pandemic is. That’s a huge mistake – one that is fatal to the human population and our future survival as a species.

Global warming comes with increased humidity, which is already making some regions of the world too hot and humid for human habitation, decades ahead of scientific expectations (8 May 2020, The emergence of heat and humidity too severe for human tolerance). Global warming and humidity also make regions hot and wet, which is why East Africa is now in a second gigantic locust wave, trillions of them destroying crops and vegetation.

Global surface warming also increases droughts. Southeast Asia, which supplies 50 per cent of the world’s rice exports, is experiencing its worst drought in 40 years, a situation now made worse by the Covid virus. Southeast Asia is not the only region being hit by drought. Severe and extreme drought is spreading in California, again. Germany and southern Europe are already in drought, again.

As well as more severe heatwaves on land, we now have marine heatwaves. The once Great Barrier Coral Reef, the largest living organism on Earth, has been battered by an unprecedented third major bleaching in five years due to three marine heatwaves. If carbon emissions were stopped, in theory we could rebuild the reefs. Realistically, the Barrier Reef is doomed by extreme heat and acidification.

What are world powers doing in response to this planetary nightmare – one that is not going to disappear? Worse than nothing, they are pushing more carbon emissions.

A stable and moderate climate is the first essential for our survival and our prosperity. The climate of Planet Earth is controlled by the atmospheric concentration of greenhouse gases, CO2 being the main control knob. When the atmospheric CO2 level goes down, the planet cools and we have ice ages. When the CO2 level rises, the surface heats up and the ice age melts away.  Fossil fuel industrialization is pouring out CO2 (and methane). Soon, humanity will have to unite to face an inhospitable planet of extreme heat and drought, severe storms and huge floods. We must prepare now for the new extreme climate, comprised of an increasing number of unprecedented climate disasters and catastrophes coming at us with increasing severity and frequency. The global climate change emergency will not go away, it will get much worse.

The pandemic, thank goodness, seems to be winding down, and countries are reopening. But recent news is that small new outbreaks are reported in South Korea, Germany and China. Yes, even Germany, which has done so well to keep their Covid numbers down. Russia had a record daily increase in cases at 11,500 or so. India had its highest daily increase, at about 5,000+ new cases. It is South American countries now that are experiencing the big daily jumps in number of new cases.

Yesterday, Worldometer reported 4,360 new Covid-19 deaths worldwide. Over 315,000 people have died. This shows that the infectious disease experts are right. There will be a second wave of the Covid virus, which needs to be guarded against. Our large world population at work and pleasure congregates in crowds – perfect for a virus pandemic.

As the Chinese government says, we have learned a lot about the virus and it can be controlled by continued surveillance and suppression of spread. US President Donald Trump wants to open up America again to business as usual and repudiates the advice of top US expert, Dr. Anthony Fauci, on caution to avoid another US Covid flare up. The World Health Organization, public health departments and surveillance must be rapidly upgraded to deal with new outbreaks of the virus. The Trump attack on the WHO is an evil act of a world-class sociopath, as are his constant attacks on climate change mitigation.

You may not read about them in your daily news, but the latest global climate numbers are truly terrifying. As the world gets the new virus under control, global climate change is accelerating out of control. A UN Environment Program press release this past week warns “Record global carbon dioxide concentrations despite COVID-19 crisis,” saying “the most recent data from the United States National Oceanic and Atmospheric Association (NOAA) shows global carbon dioxide (CO2) levels rising sharply.” Atmospheric CO2 concentration and global surface temperature for several years and this year are tracking the very worst-case scenario – the extreme rate of increase that climate scientists have been thinking could not happen.

Despite the reduction in global industrial activity and carbon dioxide (CO2) emissions due to the pandemic slow-down, the latest data on global surface heat and atmospheric CO2 have never been worse. We have had a few months of unprecedented, though partial, de-industrialization. Through this, both surface heat and atmospheric CO2 are still accelerating to higher levels. When the world wasn’t looking, something about global climate change has just changed. The global temperature and atmospheric CO2 have shot up to levels of the record 2016 year, when they were boosted by a powerful El Niño. That was only 4 years ago and there has been no El Niño effect for over a year.

This month, the EU’s Copernicus climate data service published that the global average surface temperature for April 2020 was virtually as high as the 1.3°C April record in 2016, which was boosted by the big El Niño. There is no global temperature-boosting El Niño this year, and April 2020 continues the increase in global temperature acceleration over the past 10 years (reported by the NASA GISS climate expert group in January).

Despite the global industrial pandemic slow-down reducing CO2 emissions, the atmospheric CO2 for April 2020 (from the NOAA) is now above 413 parts per million (ppm) and continues to accelerate. Worse, the atmospheric CO2 growth for April is a stunning 2.88 ppm. That’s 44% higher than the average for the past decade, and again almost as high as the 2016 CO2 record, which was enhanced by the big El Niño. The NOAA reported that the 2019 peak value in May 2019 was a stunning 3.5 ppm higher than the 411.2 ppm peak in May 2018 and marks the second-highest annual jump on record, the highest being the big El Niño 2016.

Why are atmospheric CO2 and global temperature accelerating faster? Despite the hopes of Covid help on the climate emergency, the unprecedented but relatively small drop in CO2 emissions from the economic slow-down is nothing like enough to slow the atmospheric increase.

So what has happened to suddenly boost atmospheric CO2 and temperature?

The evidence is that weakening of the great forest carbon sink is adding to today’s atmospheric CO2 increase. As atmospheric CO2 has increased, it has stimulated a greening of the forests, which are absorbing an estimated 25 to 30% of industrial CO2 emissions. This has been regarded as a benefit, as the forests soaking up lots of our CO2 emissions buffers the full effect of climate change. But the fact is that the carbon cycle still rules. All of this CO2 has only been stored away temporarily, and is a huge deferral of climate change that will hit future generations.

Years ago it was predicted that this carbon “sink” (actually a carbon store) would absorb less of the extra CO2 emissions and become saturated. The 2001 third IPCC assessment predicted saturation would occur by 2030 and the forest carbon sink would switch to a carbon source by 2050. The forests would then emit more CO2 than they can absorb.

However, much recent research (e.g., Tropical forests' carbon sink is already rapidly weakening, ScienceDaily, 4 March 2020) indicates that the Amazon and tropical rainforests are no longer taking up more CO2 as atmospheric CO2 increases from industrial emissions. They are carbon neutral, which means that now, more of the fossil fuel industrial CO2 emissions are left in the atmosphere, to heat the planet and acidify the oceans more. In the case of the Amazon, intentional deforestation, forest degradation and fires have contributed to the global carbon sink failure.

What must we do to save ourselves from ourselves? At a minimum, we have to immediately:

Some say that after the Covid pandemic, things will not be the same. It is certain that today’s climate is not the one I was born into. It a different climate, changed greatly for the worse, with much worse to come. Nothing is more evil than the fossil fuel-supporting world governments that are firing up the world economy by tossing more of our money to the fossil fuel industries (who are destroying the planet and exterminating life) rather than letting clean renewable everlasting energy take over from the fossil fuel industrial era – giving some hope to today’s young people.

We must do everything in our power to expose and oppose this high-level real, resident and unparalleled evil.