DEADLIER WHEN HOT: THESE INFECTIONS ARE LIKELY TO GET WORSE AS THE CLIMATE CHANGES... 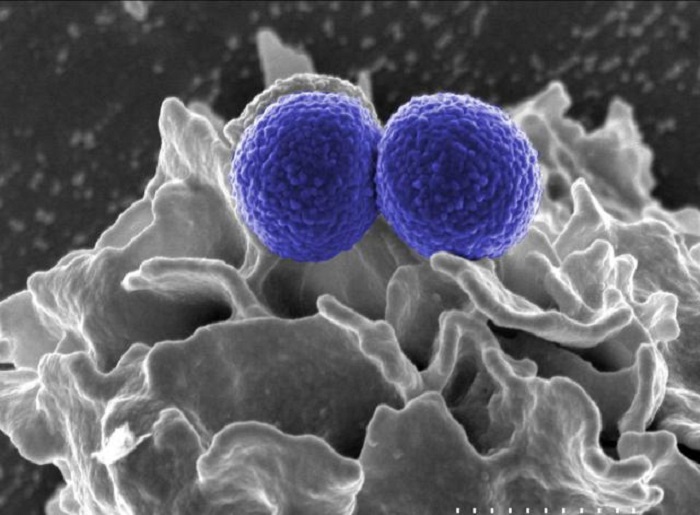 When the climate changes, so do all the things that rely on the climate, including people, plants, and pathogens. A European study recently took a broad look at what kind of microorganisms are most likely to be affected as climate change heats, cools, dries, and wets the world around us...

In a study published in the journal Scientific Reports, a research team from the University of Liverpool performed a broad assessment of how factors of climate change impact pathogens that make humans and animals sick. By understanding which microorganisms are more sensitive to environmental change, we have a better idea of how infection rates might change as the environment grows progressively less stable.

What Are Climate Drivers?

In the study, the authors note there is evidence that climate shifts are already causing changes in the incidence of disease — allowing some to appear at higher or lower altitudes and latitudes. The authors note modeling is frequently used to predict which pathogens could advance, but this study uses climate variables, along with data on selected pathogens, to get an idea of which pathogens we should worry about the most.

Climate variables that affect these pathogens are an important part of this study. The research team refers to these variables as "climate drivers" that include:

The team chose to analyze 101 pathogens considered "high impact" to humans and animals in Europe and categorized them by how sensitive they are to these factors. These pathogens included bacteria, fungi, helminths, protozoa, and viruses. Overall, there are 157 pathogens categorized because some pathogens are affected by both primary and secondary variables.

Which Pathogens Are Set to Be Destabilized by Climate Change?

Humans, animals, plants, and microorganisms rely on climate variables that are always in some local flux. When climate drivers swing far enough beyond the expected spectrum, larger change is bound to happen.

More than 90% of that initial group of 99 pathogens were sensitive to between one and five climate drivers. Other statistical findings on the numbers of pathogens likely to be affected by climate change include:

Overall, pathogens were found to be most sensitive to climate drivers (primary and secondary) that include rainfall, temperature, moisture, and particulate matter.

Don't Miss: What to Do if You Think Your Child Has Lyme Disease

Fungi are more sensitive to the wind, moisture, and salinity, while protozoa and helminths are the most sensitive to altitude.

For all of the selected pathogens, the methods of transmission, in order of frequency, include:

Game birds for sale at an outdoor food market. Image by Cory Doctorow/Flicrk

The study found zoonotic pathogens are likely more sensitive to climate than others. "Zoonotic" microorganisms are those spread between animals and can jump to humans, like some types of influenza, gastrointestinal infections, and other diseases. Food and waterborne pathogens were more likely to be zoonotic, while infections spread through direct, non-sexual, contact are less likely to be zoonotic.

The study authors note that while "having more drivers does not directly indicate that pathogens are more climate sensitive" this study assumes "that being sensitive to a broader range of climate variables means that climate change is more likely to affect a disease" in complicated ways.

Two-thirds of the pathogens identified as being vulnerable to climate change have more than one driver — and that makes the way climate affects the pathogen, and its resulting infection, hard to predict.

The study also touches on the possible emergence of new pathogens, or adaptations of existing microorganisms in the face of climate drivers and other factors — like civil wars that occur in drought stricken areas, or where public healthcare breaks down, leading to infectious diseases along the lines of cholera. Many human practices may change — for the better, or for the worse — and those changes can drive contamination and disease transmission between animals and humans, and among humans themselves.

A wildfire at Florida Panther NWR. Image by Josh O'Connor-USFWS/Flickr

Climate sensitivity of pathogens is a key indicator that diseases might respond to climate change, so assessing which pathogens are most climate-sensitive, and their characteristics, is vital information if we are to prepare for the future.

The National Oceanic and Atmospheric Administration reported earlier this year that temperatures in 2016 marked three consecutive years of record warmth on the planet. Regarding "climate drivers" that could modify and promote the infections we face? The future is already here.