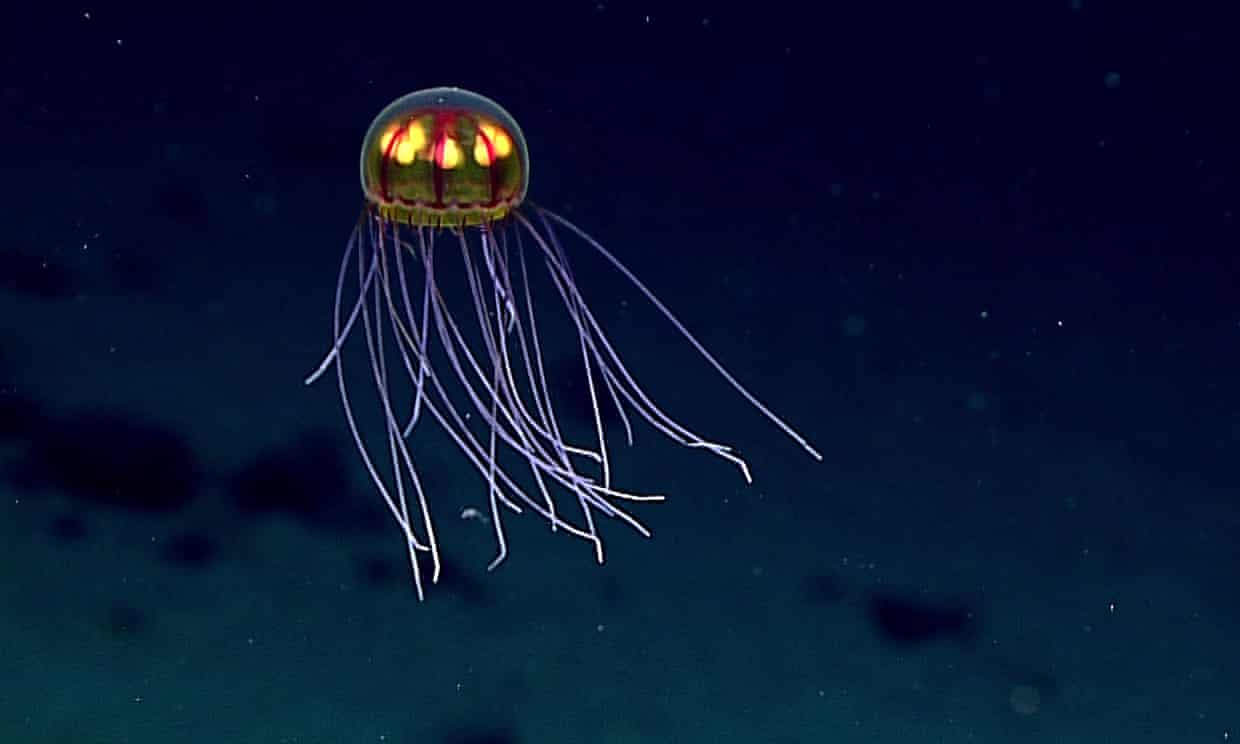 A jellyfish at a depth of 3,700 metres. ‘The only way the ecosystem is going to respond is by some animals dying off.’ Photograph: 2016 deepwater exploration of the Marianas/NOAA Office of Ocean Exploration and Research

The deep ocean and the creatures that live there are facing a desperate future due to food shortages and changing temperatures, according to research exploring the impact of climate change and human activity on the world’s seas.

The deep ocean plays a critical role in sustaining our fishing and removing carbon dioxide from the atmosphere, as well as being home to a huge array of creatures. But the new study reveals that food supplies at the seafloor in the deepest regions of the ocean could fall by up to 55% by 2100, starving the animals and microbes that exist there, while changes in temperature, pH and oxygen levels are also predicted to take their toll on fragile ecosystems.

The situation, the authors note, is exacerbated by drilling for oil and gas, dumping of pollutants, fishing and the prospect of deep-sea mining.

“We need to wake up and start really realising that [with] the deep ocean, even though we can’t see it … we are going to be having a huge effect on the largest environment on the planet,” said Andrew Sweetman, the co-author of the research from Heriot-Watt University in Edinburgh. “It is pretty scary.” 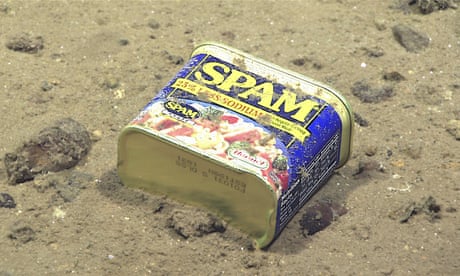 Published in the journal Elementa by an international group of scientists from 20 research institutes, the study describes how the team harnessed a number of climate models to explore how oceans around the world are set to change over the 21st century.

“We wanted to look at how all of these combined stressors – warming, enhanced acidification, reduced food supply to the sea floor, deoxygenation – would work together to impact the ocean,” said Sweetman.

The results reveal that the future for the deep sea is bleak.

Warming oceans are expected to result in lower oxygen concentrations, with levels predicted to fall in bathyal seafloor habitats by up to 3.7%. But even small changes, said Sweetman, could have a large impact, resulting in disruptions to fragile ecosystems that exist on the fringes of regions with very low oxygen.

Rising levels of carbon dioxide, says the study, will cause waters to become more acidic – a situation that is likely to be disastrous for organisms with shells, such as molluscs, as well as corals, while fish and other creatures will also be affected.

Concentration of organic matter in the deep ocean is also expected to drop dramatically by 2100, reducing the amount of food available for organisms that thrive at such depths. But food is already scarce. “The food supply these animals derive energy from in the abyss at 4,000-metre depths is equivalent to a sugar cube per square metre per year,” said Sweetman. 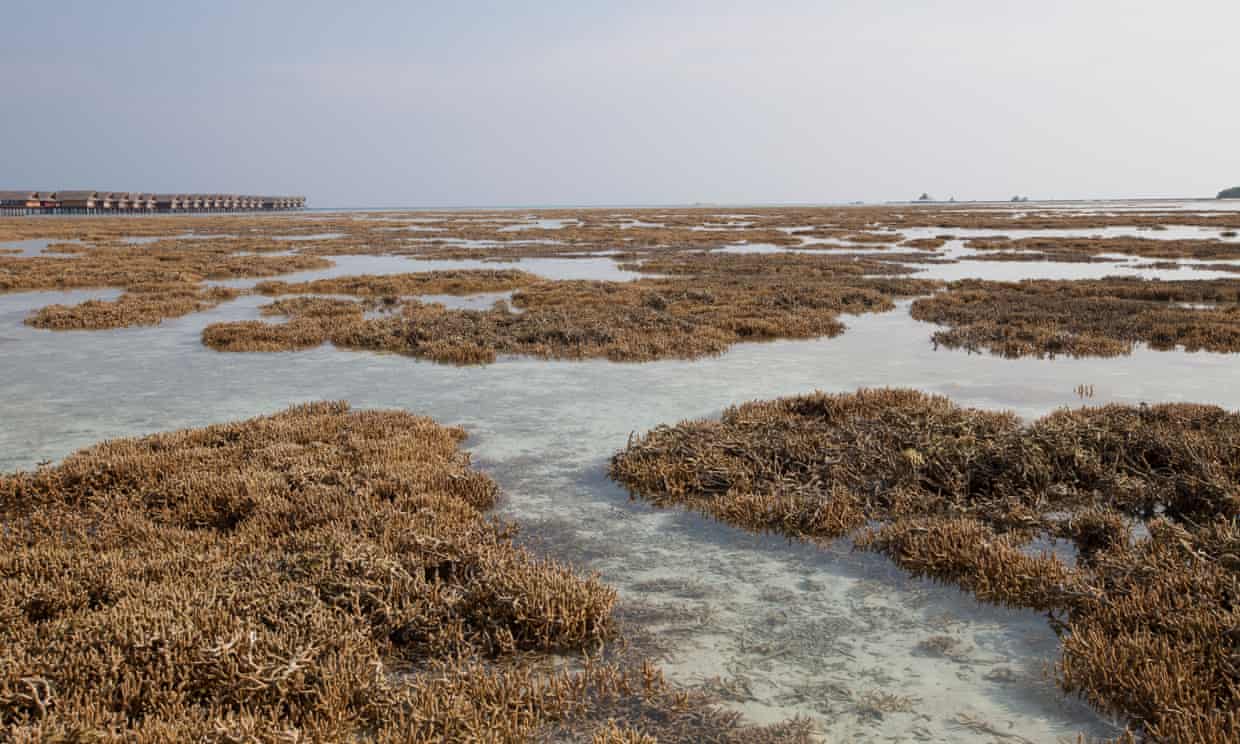 Bleached coral in the Indian Ocean. Rising levels of CO2 will cause waters to become more acidic which will be disastrous for molluscs and corals. Photograph: Simon McComb/Alamy

The worst hit, say the authors, will be the Indian Ocean, whose depths are expected to experience a drop in available food of up to 55%. “The only way the ecosystem is going to respond is by some animals dying off,” said Sweetman.

While the team note that in some regions of the world’s oceans temperatures may cool, the impact is still expected to be negative. 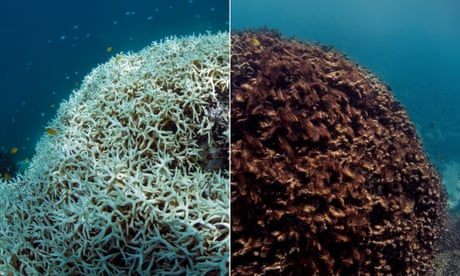 Given the large changes expected to occur by the end of the century, Sweetman said, “It is very unlikely that they are going to be able to adapt.”

As far as is known, Sweetman said, change is happening faster than at any previous point in geological history. “The rate of change is so dramatic that we run the risk of severely disrupting the deep ocean – which covers most of the planet’s surface,” he said.

The authors point out that human activity in the oceans is likely to make matters worse, citing a rise in fishing and the dumping of pollutants as well as the burgeoning interest in deep-sea mining. “Many of the areas that will be targeted for resource extraction lie in areas that will be most heavily impacted by climate change,” the authors note.

Adrian Glover, an expert in deep oceans from the Natural History Museum in London who was not involved in the research, welcomed the study.

“It must be stressed, however, that actual data on changes in deep-sea ecosystems are extremely scarce,” he said. While the study offers clear evidence that climate change will affect temperature, acidity, and other factors, “It is still in the realms of speculation as to what the impact would be on biodiversity, for example,” said Glover.

A key challenge, Glover said, is to conduct studies to explore the current state of the deep sea and the creatures that live there. “To observe and monitor changes in our deep oceans, we need a vastly improved library of biodiversity information – a baseline upon which to measure change – and new scientific programs for understanding the fundamental ecology of the deep sea.”