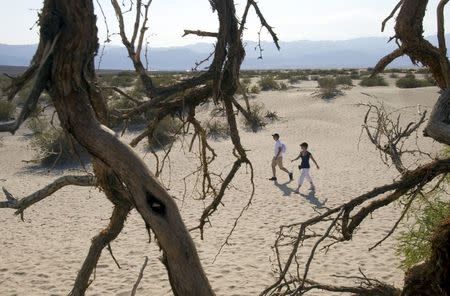 OSLO (Reuters) - Extreme downpours are increasingly hitting both the wettest and driest regions of the world and global warming will raise the risks of bigger cloudbursts for the rest of the century, a study showed on Monday...

"Extreme daily precipitation averaged over both dry and wet regimes shows robust increases" since 1950, a team of scientists led by Markus Donat of the University of New South Wales in Sydney wrote in the journal Nature Climate Change.

Projected climate change until 2100 indicated a "continued intensification of daily precipitation extremes", according to the study, which examined trends in the driest 30 percent of the Earth's land area and the wettest 30 percent.

Warm air can hold more moisture than cold. Past studies have suggested that wet areas will get wetter and dry areas drier overall with a warming trend, blamed by scientists on man-made emissions of greenhouse gases.

But there have been big uncertainties about how the frequency of local extremes of rainfall may change, from tropical forests in the Amazon to deserts. 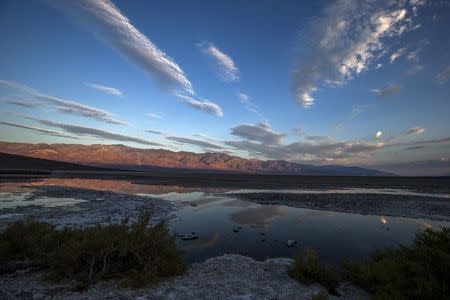 Badwater, in Death Valley National Park, the lowest elevation in the Western Hemisphere at 280 feet below sea level, is seen at sunrise in California in this July 15, 2013 file photo. REUTERS/Lucy Nicholson/Files

Among recent downpours, Death Valley in California, the hottest and driest place in North America, has had spectacular flowers this spring after heavy rains last year. And in 2015, Chile's Atacama desert was carpeted in flowers after the heaviest rains in 20 years. 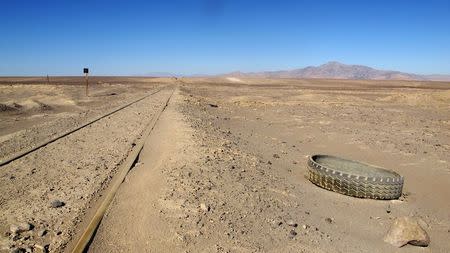 A view of the Atacama desert in the Andes mountain range outside of Antofagasta, Chile, in this April 15, 2013 file photo. REUTERS/Julie Gordon/Files

The study's findings "do not tell us what will actually happen in any particular location, but rather how risks will change", said William Ingram, of Oxford University, who was not part of the study team.

In a commentary in Nature Climate Change he wrote that there were still big gaps in scientific understanding of rainfall and climate change. There are few rain gauges in the Sahara, for instance. 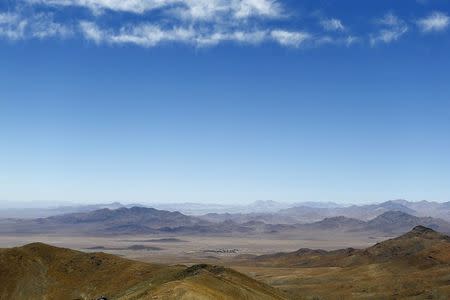 A view of Inca de Oro (Inca gold) town (C) in the middle of the Atacama desert, near Copiapo city, north of Santiago, Chile, in this December 16, 2015 file photo. REUTERS/Ivan Alvarado/Files

Last December, 195 nations reached the Paris Agreement on climate change, aiming to shift from oil, coal and natural gas to low-emission renewable energies such as wind and solar power this century.

By Alister Doyle 1 hour ago