DID THE CLIMATE SPIN OUT OF CONTROL ON ITS OWN? 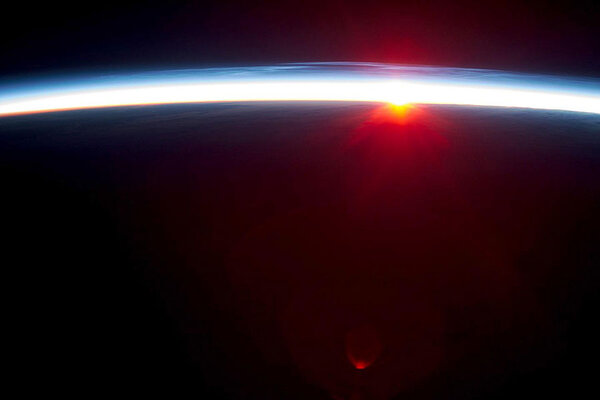 Scientists dig into the data to see if the world's climate could change dramatically without external drivers and how the system stays stable...

If humans weren't pumping unsustainable amounts of greenhouse gases into the atmosphere, would we still face global warming?

A team of scientists dug into satellite data and physical climate models to see what would be happening without powerful external drivers, or external forcings, like an increase in the brightness of the sun, intense volcanic activity, a change in the Earth's orbit, or increased atmospheric carbon dioxide.

They found that global warming couldn't be explained by natural cycles alone. Global temperatures do not rise and fall willy-nilly without an extra push, the researchers confirmed.

But that doesn't mean climate is static. The mechanisms keeping the Earth's climate at equilibrium are a complex system, according to the team's paper published Monday in the Journal of Climate.

"Many people would just assume that the climate system would be stable when it's not pushed by these external drivers," study lead author Patrick Brown tells The Christian Science Monitor in an interview. "It turns out it's not really so simple."

The climate system maintains equilibrium through an interaction of feedbacks both negative and positive.

"At many locations on the surface of the planet, we have these things called positive feedbacks," Mr. Brown, a PhD candidate at Duke University says. One such feedback loop occurs when snow or ice melts. Because the frozen forms of water reflect energy, when they melt, more solar energy is absorbed at the surface of the Earth. This means more warming and therefore more melting, creating a positive loop.

So, Brown says, "If you have these positive feedbacks, what's stopping the Earth from warming itself?"

"The bottom line of the study is that the Earth is able to cool itself down after a natural warming event, like an El Niño," for example, he says. "So then in order to have sustained warming for decades to centuries, you really do need these external drivers, like the increase in greenhouse gases."