The Arctic is melting faster than at any time in at least the last 1,500 years

Algae on the underside of the ice makes a chemical that has been found throughout the food chain - and it's under threat...

Disappearing sea ice in the Arctic could lead to the collapse of a vital polar food chain, scientists have warned.

New research has shown algae that grow on the underside of the ice are the ultimate food source and can be traced through animals all the way up to the polar bear.

:: Arctic under attack - why the world must act

Research is showing algae produce a unique chemical called Ice Proxy 25 (IP25), which can be traced through the food chain.

Dr Tom Brown, a marine ecologist at the Scottish Association for Marine Science, said: "You can see the transfer from ice algae to zooplankton. 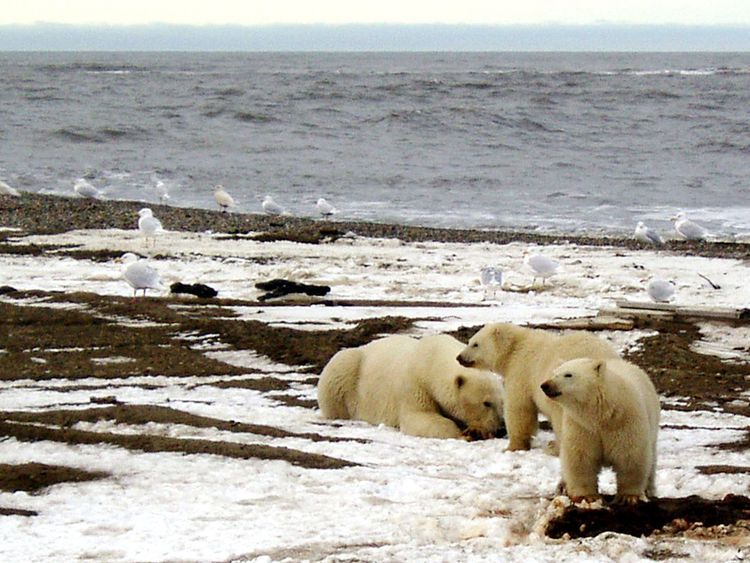 Image: IP25 has been found in more than 100 polar bears tested so far

Unpublished results show the chemical has been found in every one of more than 100 polar bears tested so far.

It is also present in 100% of samples taken from bearded, ringed and harp seals, and beluga whales.

The findings underline the importance of sea ice to the Arctic ecosystem.

The international group of scientists were collaborating in a research project called FAABulous.

They were studying the spring ‘bloom’, the burst of algal growth that occurs as the sun rises after the long Arctic winter. 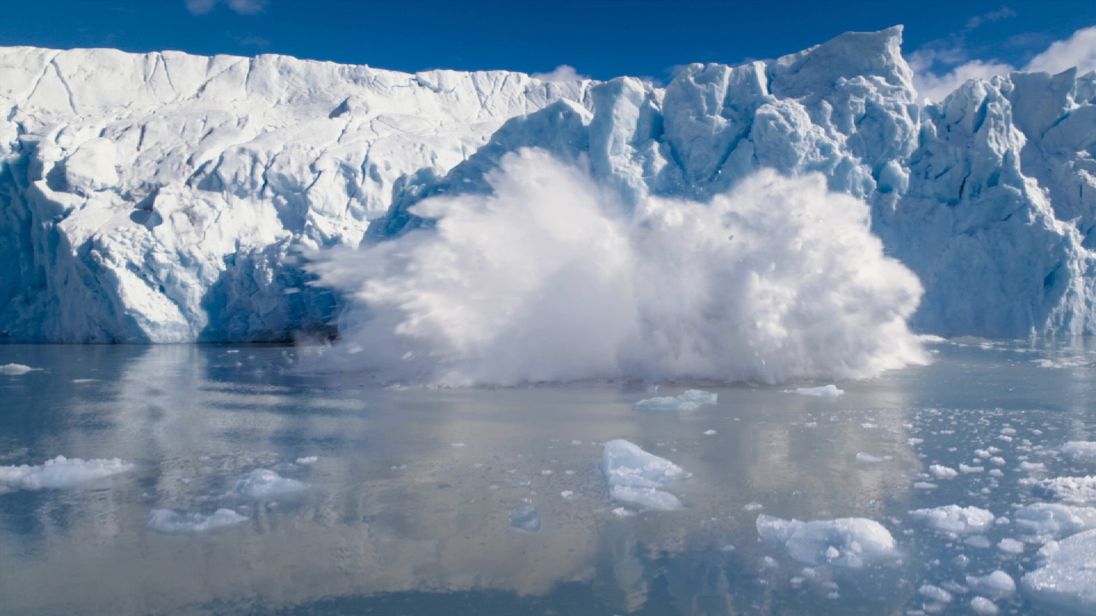 Dr Eva Leu, a marine biologist at Akvaplan-niva in Norway, said the bloom was so important that other organisms were synchronised to take advantage.

"The crucial thing about ice algae is that they are the earliest available food source. There’s no other alternative," she said.

"If you have an ecosystem that to start with is relying on Arctic sea ice, the question is where are these organisms going if the sea ice is completely gone?"

Mijenfjorden is the only fjord on the Western coast of Svalbard to still freeze in winter, but even there ice is melting earlier in the spring than it used to.

The latest prediction is that the Arctic will be largely ice-free in the summer by 2030.

Dr Brown said: "It’s very important to consider the Arctic as a whole. It is an ecosystem.

"There is a desire to compartmentalise everything and say 'let’s protect polar bears.'

"Actually you need to protect everything right down to the algae." 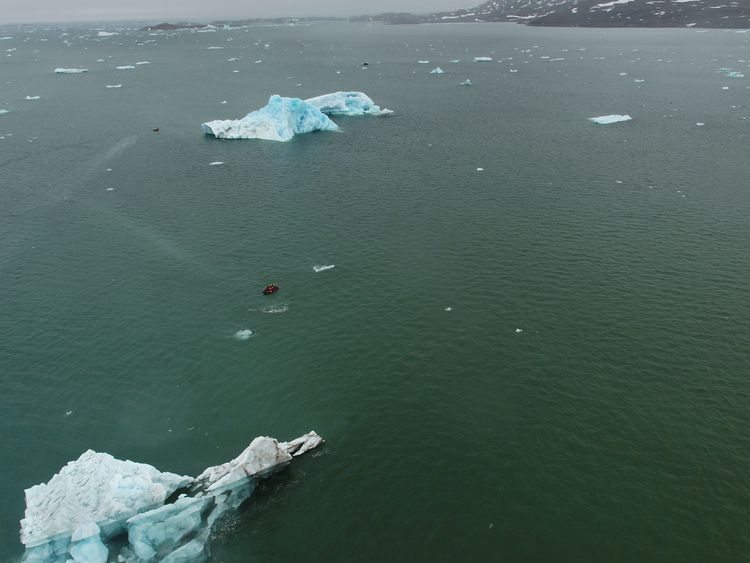 Image: Maximum ice cover in the spring was the lowest on record

Arctic Peril follows cold-water swimmer and UN Patron of the Oceans Lewis Pugh on a ‘health-check’ of the polar region.

:: Arctic swimmer: 'I've never come so close to the end'

He also swims along the ice edge at 82 degrees north to highlight the speed of the melting.

He concludes that there is now runaway climate change in the Arctic.

“It’s the responsibility of our leaders who we have elected to buckle down to understand the science and take steps," he said.

“Nothing, absolutely nothing, is more important than what is happening here right now.”

:: Arctic Peril will be broadcast on Sky Atlantic tonight at 8pm (GMT) and Sky News on Wednesday 20 December at 9pm.