A unified scientific approach has been called for to help protect one of the most threatened little known ecosystems on earth.

Seagrass is an underappreciated marine organism. New research shows how important it is to the health of the oceans, and people, too...

Every continent save Antarctica is ringed by vast stretches of seagrass, underwater prairies that together cover an area roughly equal to California.

Seagrass meadows, among the most endangered ecosystems on Earth, play an outsize role in the health of the oceans. They shelter important fish species, filter pollutants from seawater, and lock up huge amounts of atmosphere-warming carbon.

The plants also fight disease, it turns out. A team of scientists reported on Thursday that seagrasses can purge pathogens from the ocean that threaten humans and coral reefs alike. (The first hint came when the scientists were struck with dysentery after diving to coral reefs without neighboring seagrass.)

But the meadows are vanishing at a rate of a football field every 30 minutes. Joleah B. Lamb, a postdoctoral researcher at Cornell University and the lead author of the new study, said she hoped it would help draw attention to their plight.

“We call seagrass the ugly stepchild of marine organisms,” said Dr. Lamb. “They don’t get a lot of respect, compared to corals and mangroves.”

Seagrass first evolved tens of millions years ago, when some flowering plants moved from land into the ocean. They still grow flowers, pollen and seeds, but they now do so underwater, with a powerful form of photosynthesis that allows them to thrive in dim light at depths of up to 190 feet.

The sediment in which they grow is loaded with deadly hydrogen sulfide. They detoxify by pumping some of the oxygen they release during photosynthesis into their roots.

With these adaptations, seagrass meadows became more productive than today’s fertilized cornfields. As they spread across the planet, the meadows altered the sea floor, building soil and supporting entirely new ecosystems. Animals like manatees and juvenile fish took up residence.

“Killer whales are a big tourist attraction, but people probably don’t realize that seagrass beds are really important as nurseries for the fish that the salmon require, which the killer whales require,” said C. Drew Harvell, a marine biologist at Cornell University and senior author of the new study.

Humans depend on these nurseries, too. Many of the species harvested in commercial fisheries begin life in seagrass meadows. Without them, fishermen would catch far less, and make less money.

In 2014, University of Cambridge researchers studied seagrass meadows in southern Australia to estimate the value they bring to the fisheries industry. They estimate that each acre of seagrass adds about $87,000 per year. 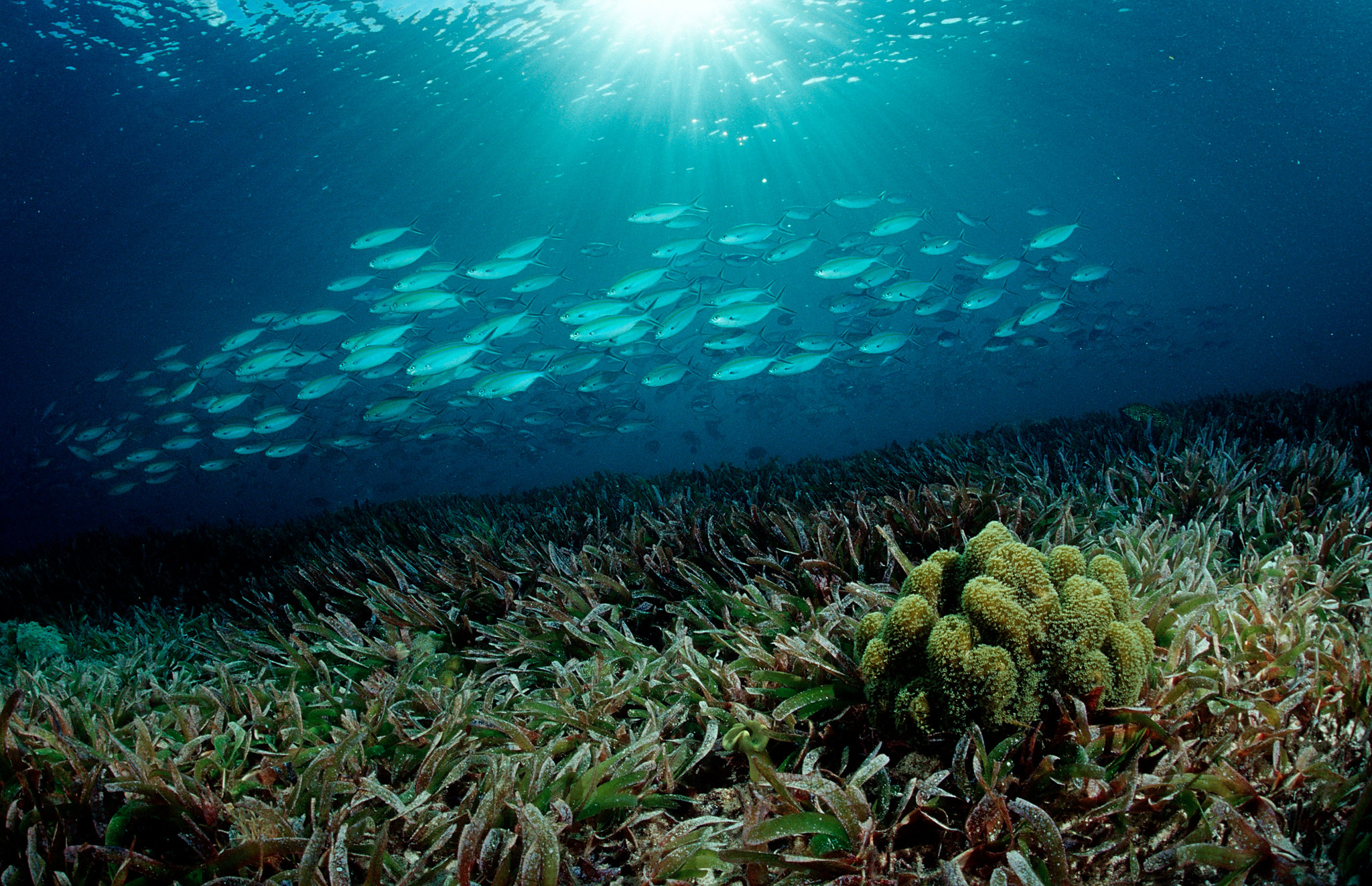 A school of fusiliers swimming over seagrass in the Indian Ocean. Credit Reinhard Dirscherl/UllsteinBild, via Getty Images

The plants also draw fertilizer runoff and other pollutants out of the water, locking them safely away in meadow soil. Scientists have estimated that an acre of seagrass provides more than $11,000 worth of filtering every year.

These services alone would make seagrass meadows among the most economically valuable ecosystems on Earth. But now Dr. Harvell, Dr. Lamb and their colleagues have found that these plants may help us in another way: by wiping out pathogens.

Their new study, published in the journal Science, began with a scuba diving trip in Indonesia. The scientists were inspecting coral reefs for infections with bacteria and fungi; some reefs are increasingly falling prey to these diseases.

“By the end of the four-day workshop, we all came down with amoebic dysentery,” recalled Dr. Harvell. “One scientist developed typhoid, and we had to ship her out.”

The experience left Dr. Harvell wondering if the illnesses of the scientists might somehow be connected to those of the reefs. “It just got me thinking about human health and environmental health and how they’re linked,” she said.

She discussed the idea with Dr. Lamb, who began to investigate.

Seagrass meadows can release so much oxygen that the surrounding water fizzes like champagne. That oxygen might be able to kill pathogens, Dr. Lamb realized. The plants also host fungi, which are known to producing bacteria-killing compounds.

Dr. Lamb and her colleagues decided to study sites around four islands in Indonesia with and without nearby seagrass. The scientists devised two strategies to search for pathogens.In one survey, they collected seawater and put it in petri dishes to see if colonies of disease-causing bacteria known as Enterococcus grew from the samples. Levels of the bacteria in water from seagrass meadows, they found, were a third of the levels in water from other sites.

In a second search, the scientists grabbed fragments of DNA floating in seawater. By examining the sequences, they identified 18 kinds of disease-causing bacteria. Water from the seagrass meadows had only half the level of this DNA, compared with water collected at other sites.

The scientists next turned their attention to coral reefs around the islands. Reefs next to seagrass meadows, they found, were half as diseased as those without meadows.

Thorsten B. Reusch, a marine ecologist at the GEOMAR Helmholtz Center for Ocean Research in Germany who was not involved in the study, called it “truly fascinating and innovative.” He also warned that “it remains to be seen what the exact mechanisms of the pathogen removal are.” 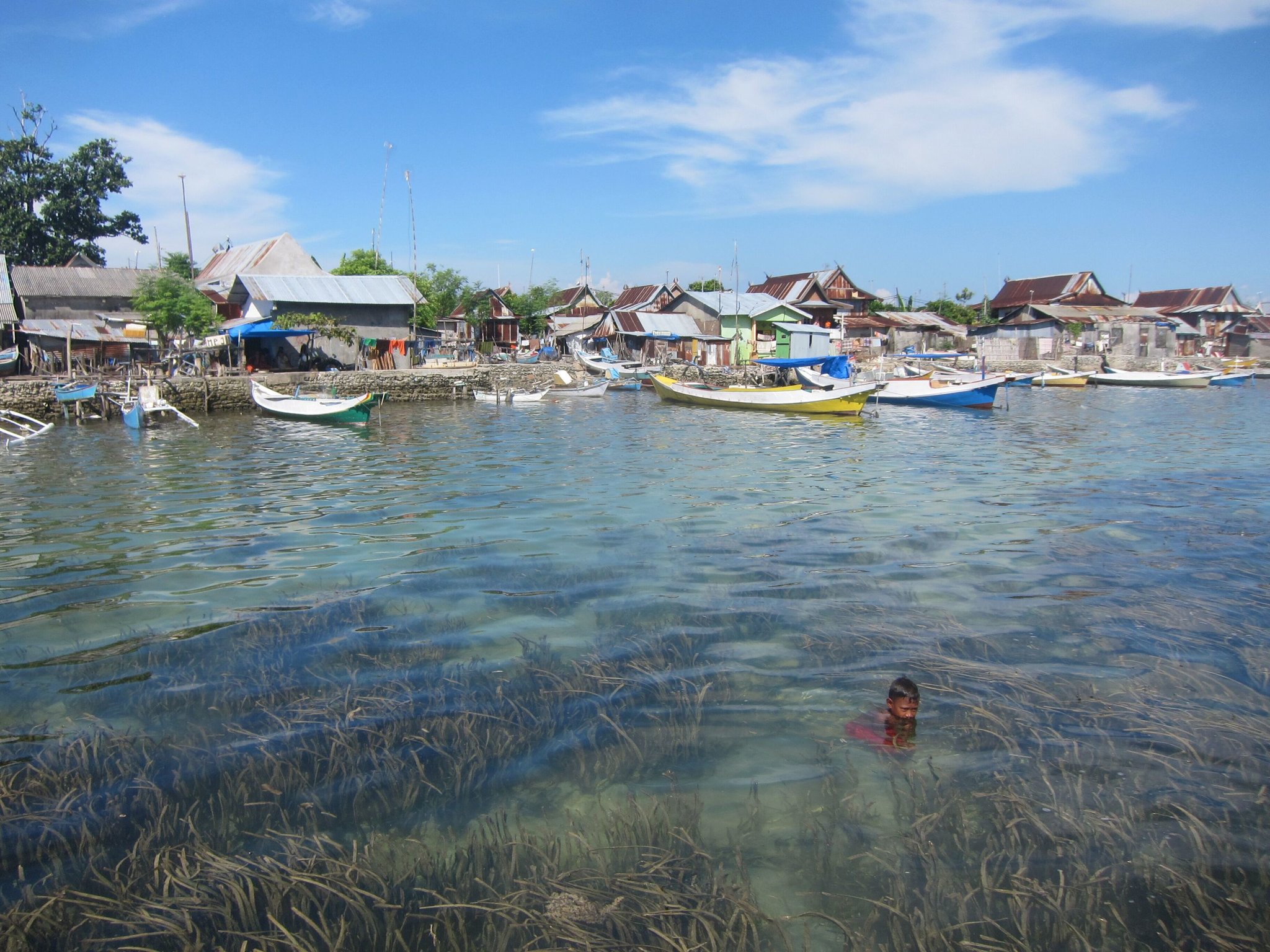 Dr. Lamb and her colleagues are now searching for those mechanisms. They’re also trying to put a number on the value of seagrass’s disease-fighting powers. “There could be a huge potential in how valuable they become,” said Dr. Lamb.

Robert J. Orth, a seagrass expert at the Virginia Institute of Marine Science who was not involved in the new report, predicted it would lead to similar research on seagrass meadows in other parts of the world. “It’s going to make people think,” he said.

The growing recognition of this plant’s importance comes even as it is disappearing. Nearly a third of the world’s seagrass meadows have died off since the 19th century. A number of studies indicate that they are now disappearing at an accelerating pace.

Last week, Dr. Orth and his colleagues published a detailed study of the retreat of seagrass in Chesapeake Bay in the journal Global Change Biology. Since just 1991, they estimate, 29 percent of the bay’s seagrass meadows have vanished.

Their research points to two main culprits. Eroded dirt washes into the Chesapeake, making the water cloudy. Seagrass get so little sunlight that the resulting dimming can be deadly.

Seagrass is also being pummeled by climate change. Warmer summer temperatures in Chesapeake Bay cause the plants to lose much of their oxygen through their leaves. With less oxygen to pump into their roots, they are poisoned by toxic sediments.

The cloudiness of the water makes the heat even worse. With less sunlight, the plants produce even less protective oxygen to begin with. “We have a double whammy,” said Dr. Orth.

As the underwater meadows disappear, economic value disappears with them. The Chesapeake Bay meadows are a nursery for blue crabs, for example. Dr. Orth and his colleagues estimate that the seagrass die-off has eliminated more than 500 million juvenile blue crabs since 1991.

Seagrass meadows can store enormous amounts of carbon. Their soils don’t decompose because they have very little oxygen in them. As a result, seagrass meadow soil around the world has accumulated an estimated nine billion tons of carbon.

As seagrass meadows disappear, that carbon is being released back into the ocean. Some of it may make its way into the atmosphere as heat-trapping carbon dioxide.

As dire as the situation has become, there is cause for hope. In recent years, Dr. Orth and his colleagues have successfully restored seagrass meadows off the coast of Virginia.