Donald J. Trump has named Scott Pruitt, a leading opponent of President Obama’s signature environmental initiatives, as his nominee to head the Environmental Protection Agency. Mr. Pruitt, Oklahoma’s attorney general, is closely linked to fossil fuel industries and is a climate change skeptic. He was most likely chosen to reverse these environmental initiatives, a deeply disturbing turn in the nation’s effort to slow climate change...

Fortunately, law and reality constrain presidents and agency heads. So do deeply ingrained federalism traditions that leave room for state leadership on the environment. Collectively, law, reality and regulatory choices by states would create a bulwark against abrupt changes by Mr. Pruitt and the president. Wholesale regulatory rollbacks by presidential fiat are difficult to accomplish. Radical change would probably require Congress to amend long-enduring environmental statutes.

Two of the most controversial Obama administration environmental regulations — the Clean Power Plan governing greenhouse gas emissions from existing power plants, and the Waters of the United States rule defining federally protected waters — have been fiercely fought by Mr. Pruitt and his allies and opposed by Mr. Trump during the campaign. 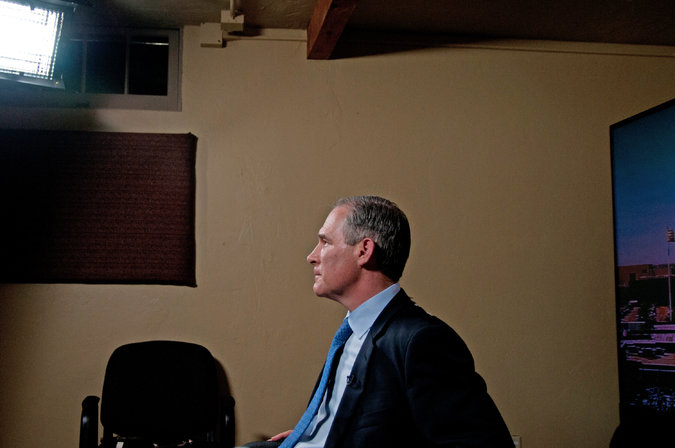 The president-elect’s supporters have been crowing that his agency heads can use the president’s executive power to dismantle Obama-era rules, much as critics claimed President Obama did inappropriately to impose those regulations. In reality, a president’s “executive power” is constrained by what the laws allow. Mr. Trump and Mr. Pruitt will have to “faithfully execute” those laws. As a state litigator, Mr. Pruitt could criticize federal policy and sue, but as the E.P.A. administrator, he may struggle to achieve his goals.

Regulatory reversals lacking a legal or factual basis would result in lawsuits by citizens, states and industries supporting the regulations. Challengers would argue that the rules are rooted in statutory language, court precedents and in careful documentation of environmental, technological and market facts. On the climate, for example, three Supreme Court decisions established that federal climate action is required by the Clean Air Act’s broad language; and the E.P.A. then, via another rule upheld by the judiciary, documented substantial climate risks.

Moreover, the enormous administrative record compiled to buttress the rationale and architecture of the Clean Power Plan details how state and corporate leaders have transformed energy markets, engaged in energy and pollution trading and improved environmental performance. As partisan advocates, Mr. Pruitt and his allies could exaggerate regulatory costs, ignore clean energy employment trends and disregard the health risks of burning coal. The E.P.A. can’t.

Market and environmental reality matter because the Clean Air Act requires regulation based on what is “best” and “adequately demonstrated.” Similarly, the waters rule was based on a sweeping survey of all peer-reviewed science that will also constrain future rollback efforts.

These empirical groundings for rules are not just made-up. Mr. Pruitt and the incoming Trump administration cannot simply rely on their preferences or on baseless claims about science and markets. Decades of law, much of it created by conservatives’ judicial heroes, requires presidents and agencies to abide by the rule of law and justify regulatory reversals. They have to take a hard look at science and other underlying facts. A ruling by the United States Court of Appeals for the District of Columbia Circuit upholding the Clean Power Plan would further constrain the new president and Mr. Pruitt.

What about a legislative attack? Past blunderbuss efforts to weaken environmental laws through congressional actions by Republicans have met with painful defeat, as former House Speaker Newt Gingrich can attest about his failed mid-1990s rollback efforts. Even narrow legislative bills proposing regulatory turnarounds face filibuster threats under current Senate rules. The Congressional Review Act allows Congress, on an expedited basis, to overturn rules approved in the final days of a presidency, but not rules issued many months or years ago.

On the climate front, many of the reductions in greenhouse gas emissions and cleaner energy innovations have resulted from state initiatives, although some states — like Oklahoma, where Mr. Pruitt is from — resist. Federal law and constitutional norms make federal pre-emption of such state-level leadership illegal under most laws and highly unlikely under any future laws. Even when federal progress falters, states can do more. Climate denialists in charge of the executive branch cannot halt energy and technological transformations already underway, especially when those are a result of state policies and are linked to private innovations.

An E.P.A. led by an anti-regulatory zealot will benefit from deference from the courts, especially when he slows new initiatives, adopts lax enforcement policies, engages in collusive settlements or proposes reconsideration of past actions. Foot-dragging is hard to remedy. However, science, data, statutory requirements, Supreme Court precedents, existing regulations, state progress and the huge clean energy industrial sector will constrain regulatory rollbacks or the wholesale loss of progress to slow climate change. Under the Constitution and rule of law, change by presidential fiat is not an option.

William W. Buzbee is a professor at the Georgetown University Law Center.