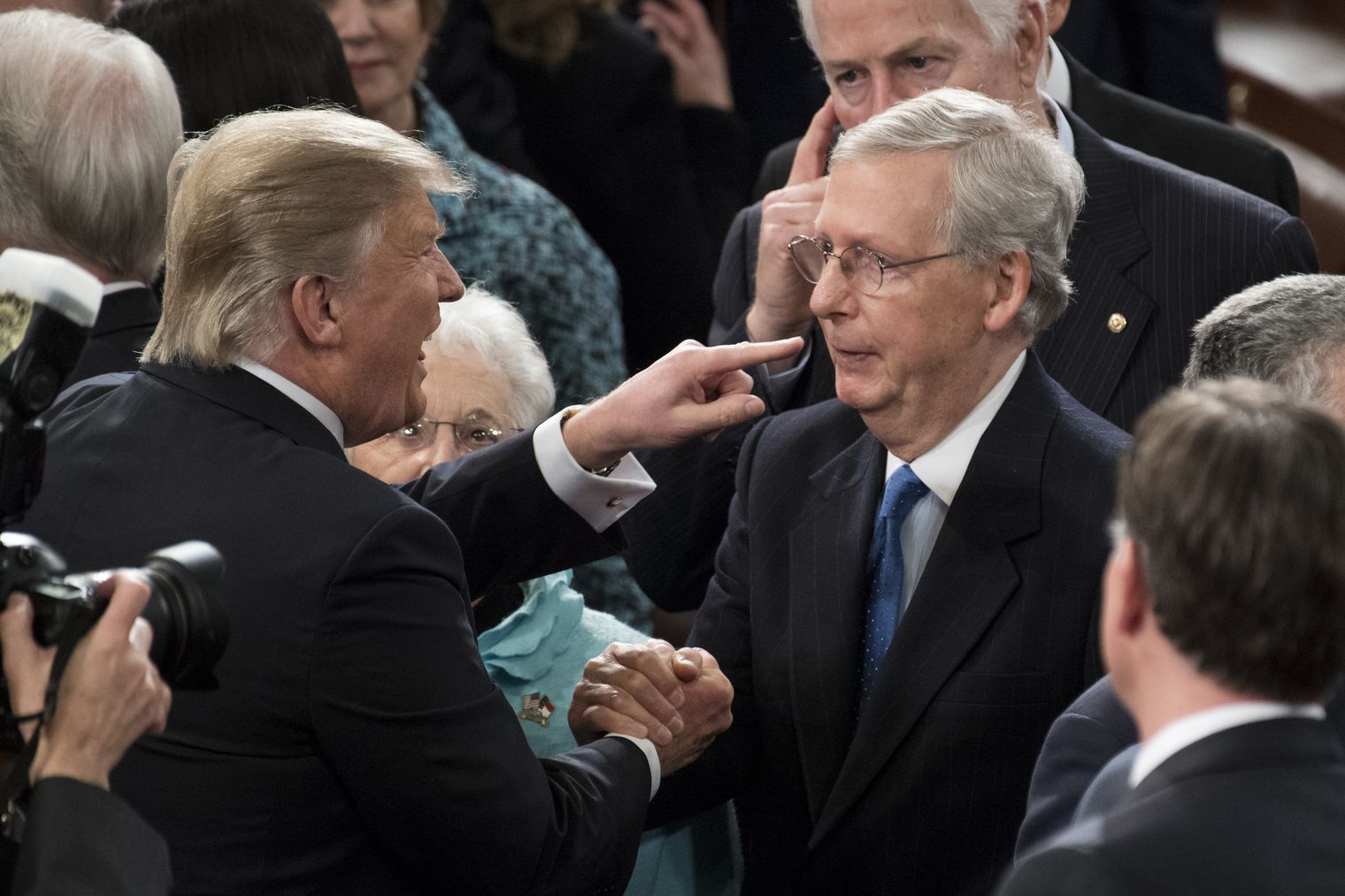 Trump is solidly within the GOP’s consensus on climate change...

Video: How the Republican Party turned against climate science...

President Donald Trump’s decision to withdraw from the Paris climate agreement has been portrayed in some press coverage as a decision driven by either his personal idiosyncrasies or the policy agenda of White House chief strategist Steve Bannon. And while there’s an element of truth to that, it misses the big picture.

The reality is that this isn’t just a story about Trump — it’s a story about the Republican Party and the conservative movement, which has adopted a rock-solid, widespread consensus in opposition to any serious action aimed at the US reducing carbon emissions. This has become a bedrock belief of the modern GOP.

While we can’t know if any other Republican president elected in 2016 would have for sure withdrawn from the Paris agreement, many institutional actors within the GOP and the conservative movement — from members of Congress (including the Senate majority leader) to think tanks to activist groups to media outlets to conservative donors (including many with fossil fuel wealth) — strongly support this move and have in fact been urging Trump to make it.

Furthermore, even leading Republicans who might have supported sticking to the Paris deal — it is, after all, nonbinding — would have likely supported an agenda of weakening environmental regulations and taken little if any action aimed at reducing carbon emissions.

The party simply does not believe climate change is a serious problem. The talking points differ: Some deny humans are causing the planet to warm at all and say the very idea is a liberal hoax (their number includes President Trump). More nuanced pundits and politicians acknowledge that the science is real, but argue that even if it is accurate, the consequences might not be so bad, or that action would simply be too costly.

But beyond a few notable exceptions, the upshot is generally the same no matter where someone sits in the GOP: that addressing climate change shouldn’t be anywhere near the top of the president’s agenda. This is the consensus that the vast majority of the Republican Party, from donors to politicians to intellectuals to voters, has arrived at. Which makes it the crucial context for Trump’s move Thursday.

Though Trump’s withdrawal from the Paris agreement has been received by some as a shocking move, it was hardly a fringe position in the Republican Party — he was being outright pressured to do it.

But whether the US stayed in the Paris agreement or not, it was crystal clear both before and after Thursday’s announcement that the vast majority of the Republican Party supports an agenda of environmental deregulation and inaction on climate change.

Take Trump’s nominee to head the Environmental Protection Agency, Scott Pruitt. All along, it was clear that Pruitt would be a rock-solid opponent of federal regulatory efforts aimed at reducing carbon emissions. As Brad Plumer wrote last year, during Pruitt’s tenure as Oklahoma attorney general, he “joined or led state lawsuits to block virtually every major federal regulation around climate and air pollution that Obama’s EPA has put forward,” and professed to believe that the science around climate change was unsettled.

Anyone even remotely concerned about climate change should naturally have opposed Pruitt’s nomination to head the US’s top environmental regulatory agency, and yet the sole Republican senator who voted against Pruitt’s confirmation was Susan Collins of Maine. The vast majority of the party’s politicians simply do not think it’s a problem to appoint an EPA administrator who doesn’t take the climate science consensus seriously.

The same is true of the GOP’s grassroots: In a 2016 Pew survey, only 23 percent of Republican voters said they believed Earth was getting warmer because of human activity.

The occasional notable Republican politician who does conclude that the scientific consensus is accurate and tries to work with Democrats on the issue gets slammed by these passionate and well-organized groups, and can face serious pressure from the right — as happened to Lindsey Graham when he was working on a cap-and-trade bill in 2010 and got attacked by Fox News. So it’s no surprise that most in the party decide not to stick their necks out, lest they run afoul of the base and risk a primary challenge.

Even Mitt Romney, one of the few major Republicans who openly called on Trump to stay in the Paris agreement in recent weeks, dodged and obfuscated on climate change when he was actually running for president and facing electoral pressures. “We don’t know what’s causing climate change,” he said in October 2011. "I'm not in this race to slow the rise of the oceans or to heal the planet," he joked in August 2012. He only started acknowledging the seriousness of the issue in 2015, years after his loss.

The reality is that one of the US’s two major political parties is institutionally committed at nearly every level to the same basic agenda of environmental deregulation and inaction on carbon emissions. Trump’s withdrawal in Paris isn’t an odd outlier, but instead rests on that foundation.