EARTH'S OCEANS ARE WARMING 13% FASTER THAN THOUGHT, AND ACCELERATING... 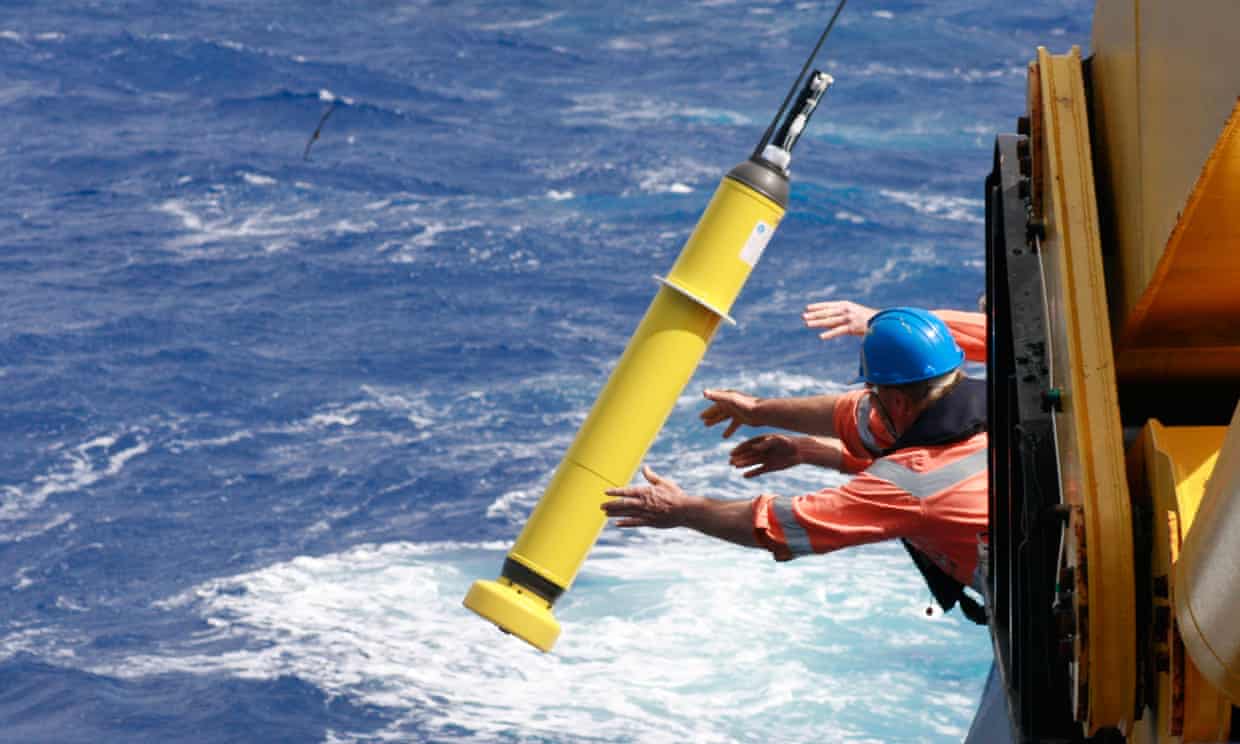 An Argo float is deployed into the ocean Photograph: CSIRO

Our new study improves estimates of the rate of ocean warming - a critical component of climate change...

New research has convincingly quantified how much the Earth has warmed over the past 56 years. Human activities utilize fossil fuels for many beneficial purposes but have an undesirable side effect of adding carbon dioxide to the atmosphere at ever-increasing rates. That increase - of over 40%, with most since 1980 - traps heat in the Earth’s system, warming the entire planet.

But how fast is the Earth warming and how much will it warm in the future? Those are the critical questions we need to answer if we are going to make smart decisions on how to handle this issue.

At any time the direct effect of this blanket is small, but the accumulated effects are huge and have consequences for our weather and climate. Over 90% of the extra heat ends up in the ocean and hence perhaps the most important measurements of global warming are made in the oceans.

But measuring the ocean temperature is not straightforward. Since about 2005 a new type of sensing device has been deployed (the Argo float system). These floats (approximately 3500 in total at any time) are spread out across oceans where they autonomously rise and fall in the ocean waters, collecting temperature data to depths of 2000 meters.

When they rise to the ocean surface, they send their data wirelessly to satellites for later analysis. Hence we can now map the ocean heat content quite well. But what about the past, when we mainly had measurements from expendable bathythermographs deployed mainly along major shipping routes and largely confined to the northern hemisphere? Putting data from these various sensors together has been a struggle and has been a major impediment to an accurate quantification of the ocean’s temperature history.

Fortunately, a paper just published today in Science Advances uses a new strategy to improve upon our understanding of ocean heating to estimate the total global warming from 1960 to 2015. I was fortunate to co-author the study, which uses several innovative steps to make improvements.

First, we corrected past data for known biases in measurements. Second, we related the temperature measurements to results calculated from advanced climate computer models. Third, we applied temperature knowledge to larger areas so that a single measurement was representative of a large space around the measurement site. Finally, we used their knowledge of recent and well-observed temperatures to show that the method produced excellent results.

Prior work by the same team compared climate models to measurements, and there was excellent agreement on average. There are a few other more subtle issues that the new paper addresses. For example, the study shows that a large amount of warming occurred in the southern oceans. Only recently have the Atlantic and Indian Oceans began to heat up. 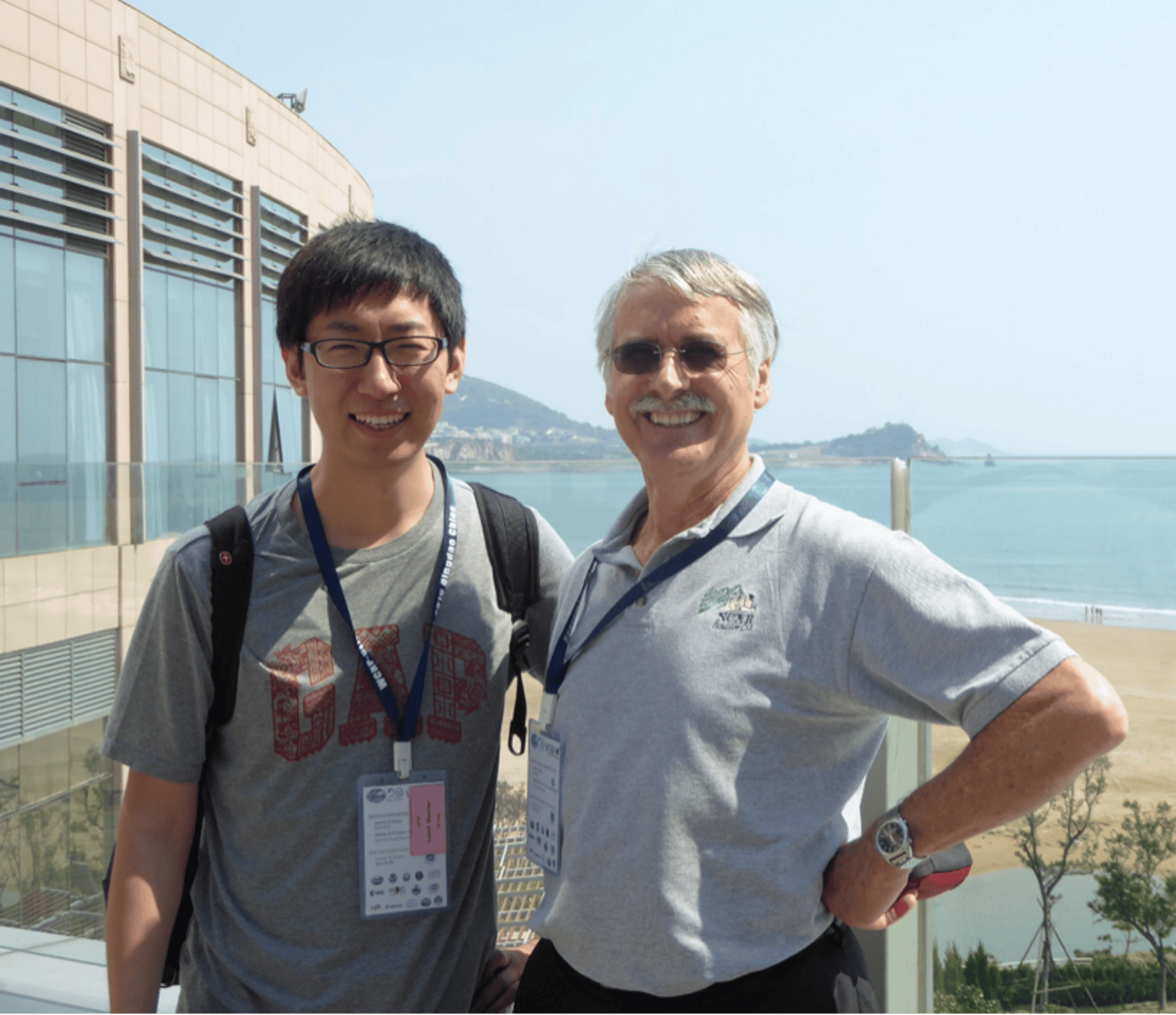 We know that ocean observations were very sparse until the Argo era. There were major gaps in data, particularly in the Southern Hemisphere. Our challenge was to assess the changes to global ocean heat and fill data gaps. A major issue is to ensure gap-filling is reliable. It is this issue that motivated the study. We proposed an advance gap-filling strategy and used it to attain near global coverage. We rigorously evaluated the reliability of our approach and as a result, we have much higher confidence that the ocean and the Earth are warming at a faster rate than previously thought.

One of the co-authors, John Fasullo added:

This study shows that more heat is likely to have been absorbed by the oceans over the past 50 years than had previously been reported. With upward revisions in our estimates of the climate’s sensitivity to greenhouse gases and the associated resultant sea level rise.

we know the oceans are much warmer now and they contain the memory of climate change. Higher sea surface temperatures are continually reinforced by the extra heat beneath the ocean surface. The oceans are affecting weather and climate through more intense rains. This process is a major reason why 2016 was the hottest year ever recorded at the Earth’s surface, beating out 2015 which was the previous record. Additionally 2015 was a year with record hurricanes, heat waves, droughts, and wild-fires around the world.

The knowledge about how the ocean has warmed, and how the warmth has spread in depth and over the different oceans is consistent with theory and models, and grounds the theories of human-induced climate change. The memory of past warming is in the oceans, and even though there are weather events that alter the details daily, the atmosphere above the oceans is warmer and moister than it used to be.

It is these changes that affect storms, such as the deluges that have recently affected California, or which have led storms to produce “thousand year floods” as has been seen in the Carolinas with Hurricane Matthew, or the Louisiana floods in August last year, or the Houston floods in April, and so forth. This kind of knowledge and understanding has profound consequences.