EARTH SETS A TEMPERATURE RECORD FOR THE THIRD STRAIGHT YEAR... 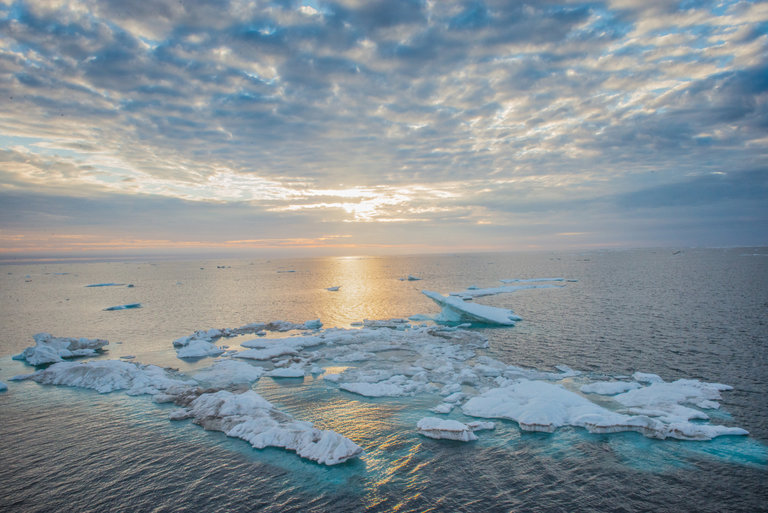 Ice in the Arctic Ocean’s Chukchi Sea region. “What’s going on in the Arctic is really very impressive; this year was ridiculously off the chart,” said Gavin A. Schmidt, the head of NASA’s Goddard Institute for Space Studies. Credit Esther Horvath

Marking another milestone for a changing planet, scientists reported on Wednesday that the Earth reached its highest temperature on record in 2016, trouncing a record set only a year earlier, which beat one set in 2014. It is the first time in the modern era of global warming data that temperatures have blown past the previous record three years in a row...

The findings come two days before the inauguration of an American president who has called global warming a Chinese plot and vowed to roll back his predecessor’s efforts to cut emissions of heat-trapping gases.

In reality, the Earth is heating up, a point long beyond serious scientific dispute, but one becoming more evident as the records keep falling. Temperatures are heading toward levels that many experts believe will pose a profound threat to both the natural world and to human civilization.

In 2015 and 2016, the planetary warming was intensified by the weather pattern known as El Niño, in which the Pacific Ocean released a huge burst of energy and water vapor into the atmosphere. But the bigger factor in setting the records was the long-term trend of rising temperatures, which scientists say is being driven by increasing levels of carbon dioxide and other greenhouse gases.

2016 is the hottest year on the historical record and the third consecutive record-breaking year, scientists say. 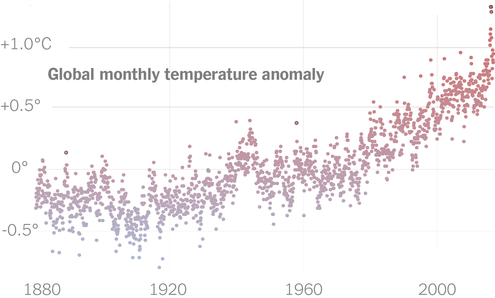 “A single warm year is something of a curiosity,” said Deke Arndt, chief of global climate monitoring for the National Oceanic and Atmospheric Administration. “It’s really the trend, and the fact that we’re punching at the ceiling every year now, that is the real indicator that we’re undergoing big changes.”

The heat extremes were especially pervasive in the Arctic, with temperatures in the fall running 20 to 30 degrees Fahrenheit above normal across large stretches of the Arctic Ocean. Sea ice in that region has been in precipitous decline for years, and Arctic communities are already wrestling with enormous problems, such as rapid coastal erosion, caused by the changing climate.

“What’s going on in the Arctic is really very impressive; this year was ridiculously off the chart,” said Gavin A. Schmidt, head of the Goddard Institute for Space Studies in Manhattan, a unit of the National Aeronautics and Space Administration that tracks global temperatures.

But Arctic people were hardly alone in feeling the heat. Drought and starvation afflicted Africa. On May 19, the people in the town of Phalodi lived through the hottest day in the recorded history of India, 123.8 degrees Fahrenheit.

The World Is Getting Hotter: How Has It Affected You?

We want to know how people living in some of the cities that have seen record-breaking heat are dealing with it. 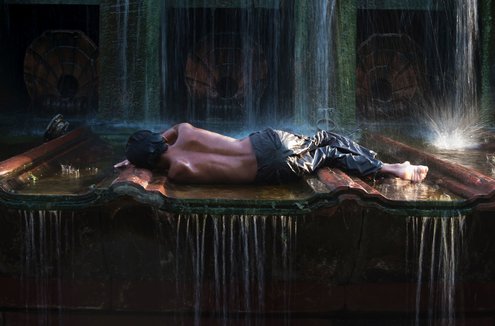 El Niño has now ended, and climate scientists almost universally expect 2017 to be cooler than the year before. But the scale of the heat burst has been startling to many of the experts, and some of them fear an accelerated era of global warming could be at hand over the next few years.

Even at current temperatures, billions of tons of land ice are melting or sliding into the ocean. The sea is also absorbing most of the heat trapped by human emissions. Those factors are causing the ocean to rise at what appears to be an accelerating pace, and coastal communities in the United States are beginning to spend billions to fight increased tidal flooding. Their pleas for help from Congress have largely been ignored.

The finding that a record had been set for the third year in a row was released on Wednesday by three government agencies, two of them American and one British, that track measurements made by ships, buoys and land-based weather stations. They analyze the figures to correct for known problems, producing an annual average temperature for the surface of the Earth. The national meteorological agency of Japan confirmed the findings in a preliminary analysis.

In the British data set, 2016 set a record by only a small amount; the margin was larger in the NOAA data set and larger still in NASA’s. NASA does more work than the other groups to take full account of Arctic temperatures, and several scientists said they believed the NASA record to be the most accurate for 2016 for that reason.

Interactive chart showing high and low temperatures and precipitation for more than 5,000 cities around the world. 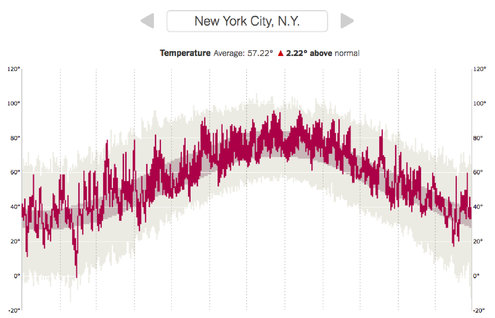 NASA’s calculations suggested that the planet had warmed by well over a half-degree Fahrenheit from 2013 to 2016. That is a huge change for the surface of an entire planet to undergo in just three years, and it appears to be the largest temperature increase over a three-year period in the NASA record, which begins in 1880.

The findings about a record-warm year were also confirmed by the Berkeley Earth surface temperature project, a nonprofit California group set up to provide a temperature analysis independent of governments. That group, however, did not find that three records had been set in a row; in its analysis, 2010 was slightly warmer than 2014.

In addition to the surface measurements, satellites are used to measure the temperature of the atmosphere within a few miles of the surface. Two groups that analyze these figures showed a record-warm 2016 in data going back to 1978, though in one data set it was a record by only a small margin.

Since 1880, NOAA’s records show only one other instance when global temperature records were set three years in a row: in 1939, 1940 and 1941. The Earth has warmed so much in recent decades, however, that 1941 now ranks as only the 37th-warmest year on record.

The modern era of global warming began around 1970, after a long stretch of relatively flat temperatures, and the past three years mark the first time in that period that three records were set in a row. Of the 17 hottest years on record, 16 have now occurred since 2000.

Two of the agencies that issued Wednesday’s figures, NOAA and NASA, will soon report to cabinet secretaries appointed by President-elect Donald J. Trump, who has expressed doubt about the findings of climate science. In 2012, Mr. Trump wrote on Twitter, “The concept of global warming was created by and for the Chinese in order to make U.S. manufacturing noncompetitive.”

Fear has erupted within the agencies about whether their data will now be subject to political manipulation. Mr. Trump and his cabinet nominees have given no detailed indication of what their broad climate policies are likely to be, much less how they will manage the scientific enterprise of monitoring the climate.

Since he was elected president, Mr. Trump has acknowledged there may be “some connectivity” between human activity and climate change, and he promised to keep an open mind on the subject.

On Wednesday, in questioning before the Senate Environment and Public Works Committee, Mr. Trump’s nominee to lead the Environmental Protection Agency, Scott Pruitt, said, “I do not believe that climate change is a hoax.” He did not, however, say whether he believed that Mr. Trump was wrong on climate change.

The three record-setting years in a row undercut longstanding claims by a handful of contrarian scientists that global warming stopped after 1998. That argument was never backed by good statistical evidence, but it was highlighted repeatedly in Congress and on the presidential campaign trail in 2016.

When the heat buildup in the ocean is taken into account, global temperatures are rising relentlessly. Scientists have calculated that the heat accumulating throughout the Earth because of human emissions is roughly equal to the energy that would be released by 400,000 Hiroshima atomic bombs exploding across the planet every day.

It is true that at the Earth’s surface, the warming seems to be proceeding in fits and starts. “The arc of global warming will be variously steep and less steep,” said Richard Seager, a climate scientist at the Lamont-Doherty Earth Observatory of Columbia University. “It never stopped.”

In fact, the rate over time has been reasonably close to predictions that scientists first offered decades ago. Those same scientists have long warned that humanity is courting disaster by failing to bring fossil-fuel emissions under control.

For example, many experts on sea level believe that a rise of 15 or 20 feet has already become inevitable, though they cannot say how fast it will happen. A rise that large would drown most of the world’s coastal cities without heroic efforts to fortify them.