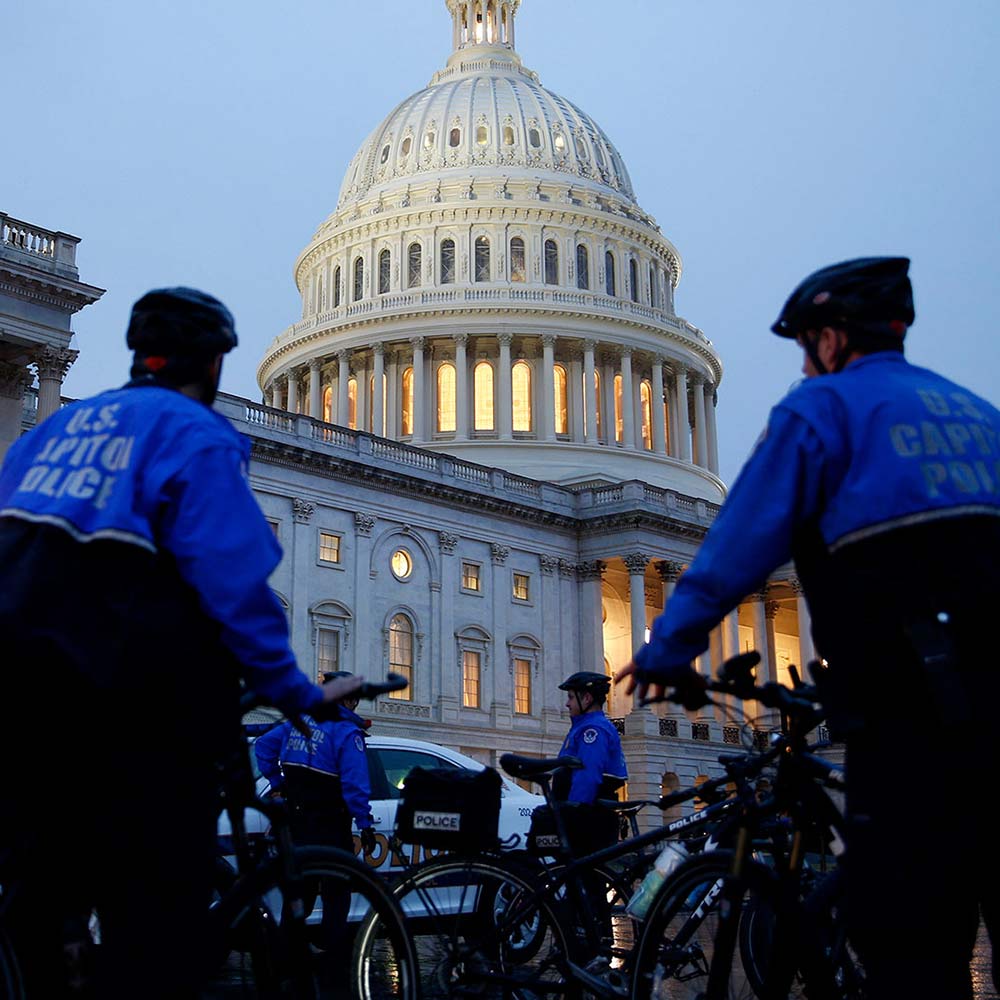 Environmental programs marked for death or deep cuts by President Donald Trump got a reprieve in the government funding deal revealed early Monday by congressional leaders -- at least for now...

The Environmental Protection Agency, targeted for $247 million in cuts for this year’s funding, instead escaped with a budget trimmed by $81 million -- or 1 percent -- and no staff reductions. Research divisions within the Department of Energy received increases despite calls by Trump to slash or eliminate them. For example, its advanced research program, which would have been cut in half under Trump’s 2017 spending plan, instead will get a $15 million increase in funding this year.

"Trump threatens a lot of things, but ultimately Congress is going to what it wants to do," said Stan Collender, a budget analyst and executive vice president of Qorvis MSLGroup in Washington. "What Congress is quickly learning is let the president talk as much as he wants, but ultimately we are going to present him with a bill he is either going to veto or not."

Next year’s budget, which Congress will begin debating in the coming weeks, will be the real battleground. And the administration isn’t waiting: it has diminished the Obama-era focus on climate change in several ways, including changes to government websites unveiled last week.

Congress needs to pass the omnibus bill or another stopgap measure by the end of this week to avoid a government shutdown. The prospect of Trump shouldering blame for the government closing increased the leverage of Democrats and allowed many of Trump’s top priorities to be pushed aside. Democrats said they were able to stave off dozens of environmental policy riders, allowing just a few to slide through.

The omnibus “reflects the reality there is a lot of support for clean energy," said Gregory Wetstone, president and CEO of the American Council On Renewable Energy, which represents companies such as solar panel maker First Solar Inc. and electric vehicle battery manufacturer Panasonic Corp. "We are not done, but it’s a good day."

When it comes to energy policies, this year’s budget is just one round of a longer fight. And Trump doesn’t need Congress to move forward with other parts of his agenda, as his administration has shown in recent days. Employee buyouts at the EPA have already begun; EPA is dropping websites devoted to explaining the science of climate change; and work on energy innovation programs has ground to a halt.

"This is mostly an extension of the status quo. We look forward to 2018 to right-size the role of energy and environment in federal spending," said Chrissy Harbin, a spokeswoman for Americans for Prosperity, the political group backed by billionaire brothers Charles and David Koch. "The fiscal year 2018 appropriations process is probably a much better opportunity."

Trump’s fiscal 2018 budget proposal included sweeping cuts to federal environmental programs, including a $2.4 billion, 30 percent reduction for the EPA and another $2 billion in cuts from the Energy Department’s offices of efficiency, renewable energy and other areas. It also proposed ending dozens of programs, ranging from EPA’s Energy Star certification of appliances to the Energy Department’s loan guarantees for innovative clean-energy technology.

At the EPA, roughly 3,200 employees would be culled from the agency’s 15,000-member workforce. Even without a budget cut, the agency is already moving to implement that plan: EPA staff were summoned to early buyout information sessions last week and counselors were offering employees advice on how to handle "transition in the workplace."

Regardless of the budget changes, the EPA is already undergoing a dramatic reorientation of its policy. Administrator Scott Pruitt has described his "back to basics approach" as one of "working in coordination with states to create a healthy environment where jobs and businesses can grow." That shift is already manifest on EPA websites, as agency staff obliterate a climate change portal and add new information about "energy independence."

Information about climate change -- including assertions that "the evidence is clear" and human activity is the main driver of the phenomenon -- were zapped just as climate activists streamed into Washington late last week for a climate march. In their place is a message that the page "is being updated."

Visitors to a web page on the Clean Power Plan, Obama’s signature regulation for slashing greenhouse gas emissions from electricity, now end up at an "energy independence" page focused on the administration’s efforts to unwind that rule. The EPA said in a statement that the changes involve updating language to "reflect the agency’s new direction."

“As EPA renews its commitment to human health and clean air, land, and water, our website needs to reflect the views of the leadership of the agency," J.P. Freire, associate administrator for public affairs said in a statement. "We want to eliminate confusion by removing outdated language first and making room to discuss how we’re protecting the environment and human health by partnering with states and working within the law."

Similar website changes have happened at other government websites, including those maintained by the Interior Department. Among the casualties: a web page describing how Interior is responding to climate change that is driving glaciers in Montana’s Glacier National Park to melt "so quickly they’re expected to disappear in the next two decades." It’s now been replaced with a slimmed-down page noting that the phenomenon has led the Interior Department "to focus on how we manage our nation’s public lands and resources."

Under the Federal Records Act, government employees and contractors are still required to preserve documents on agency’s functions, policies, decisions and other matters. But administration officials have wide latitude in how they build and maintain their websites -- including links to data and reports that may be housed on government servers.

"Rather than being honest and direct about the political shift that has taken place, Interior and other federal agencies are deploying insubstantial pablum," Jeff Ruch, executive director of Public Employees for Environmental Responsibility, said in an email to supporters.