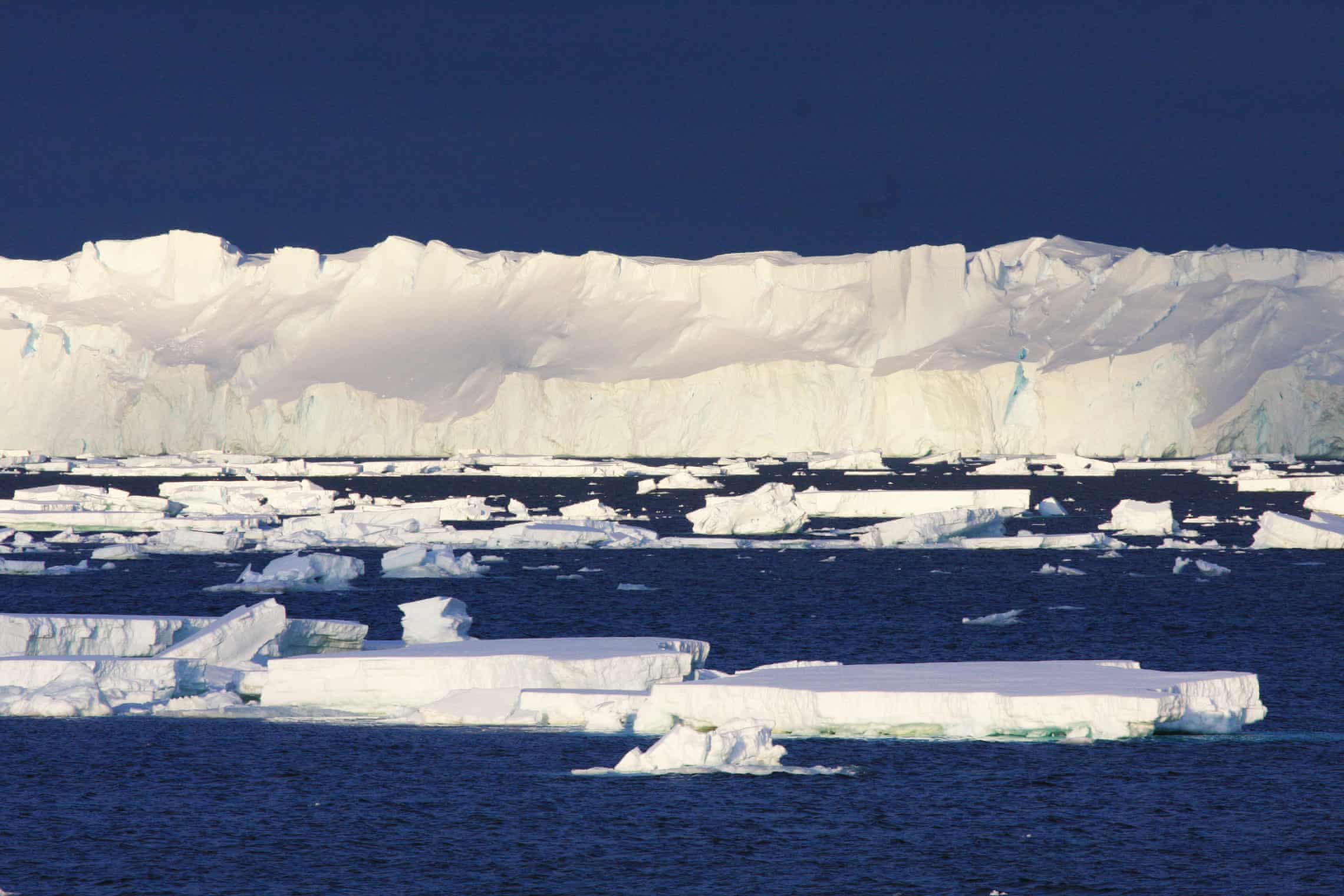 The Totten glacier is under threat from warming ocean temperatures, scientists say, and a team has left for the Antarctic region on a research voyage. Photograph: Department of Environment/AAP

n East Antarctica, 3,000km south of the West Australian town of Albany, an ice shelf the size of California is melting from below.

The concerning trend was confirmed by Australian scientists in December, who reported that warming ocean temperatures were causing the rapid melt of the end of the Totten glacier, which is holding back enough ice to create a global sea rise of between 3.5 metres and six metres.

On Saturday, a team of international scientists left Hobart aboard the Australian research ship Investigator to map the seafloor ahead of the glacier to trace its history back to the last ice age, in the hopes of predicting its future melting patterns.

The 51-day mission is one of the longest ever voyages by Australian scientists to Antarctica and will involve mapping the unexplored Sabrina Coast seafloor and taking samples of piles of glacial sediment left behind by the retreating ice sheet.

It has been four years in the planning for the chief scientist Dr Leanne Armand, an associate professor with Sydney’s Macquarie University. 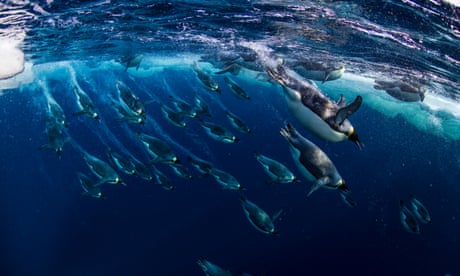 The focus will be the area around the base of the Totten glacier, which is usually surrounded by ice. Reports from researchers aboard the Aurora Australis, which was in the area in December, show that fast ice has melted back.

“If that goes, then we’ll be able to get in and provide the very first seafloor maps on the continental shelf itself and that will be really critical to a whole bunch of different sciences,” Armand said.

She will head a team of 22 researchers from Australia, Italy, Spain and the United States. They will be assisted by 12 support staff from the Marine National Facility, a subdivision of the CSIRO, which operates the Investigator; a Tasmanian high school science teacher; and 20 crew.

Also on board is Dr Tara Martin, a CSIRO scientist who helped design the Investigator and will act on this mission as the ship’s geophysicist, monitoring the sonar and seismic equipment used to map the seafloor.

Martin said the seismic equipment, borrowed from the Istituto Nazionale di Oceanografia in Italy, would be used to examine the composition of the sediment layers to help researchers pinpoint the best locations for extracting rock cores, which will in turn be used to map past glacial melting patterns.

“One of the things we’re trying to understand here is, is this [glacial] retreat normal, has this kind of retreat happened before, and has this speed of retreat happened before,” Martin said. “If it’s not normal, how much of what we’re observing today can we isolate from what is normal, and therefore maybe see what could be an anthropogenic effect.” 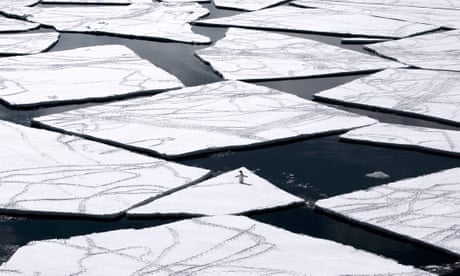 The worst scenario, Martin said, was that the ice tongue of the glacier could disappear.

“If you remove that ice tongue, in theory you’re releasing the break on the rate of flow of the glacier,” she said. “So the concern is ... if the whole ice tongue melts away, potentially the whole glacier could rush out to sea over a geological timescale, and we don’t know what that timescale is. Losing an ice tongue and having it break off – it’s already in the water, that doesn’t add to sea level rise very much. But losing a glacier the size of California that’s currently on land and dumping that in the water – that’s going to change sea level rise estimates.”

The expedition is authorised to take a maximum of 15 cores, measuring 10cm in diameter and up to 24 metres long.

The cores will be cut into one metre lengths in an area known as the “wet and dirty lab”, capped at both ends, and placed in cold storage until they can be transported to Geoscience Australia, where interested researchers will hold a party to divide up the samples.

It is Armand’s ninth voyage to the Antarctic, and Martin’s 14th. Both have refined their list of items to bring to stave off boredom on the lengthy voyage, in the little downtime provided at the end of a 12-hour shift.

The ship is kitted out with a gym, a video and games room, and twin bunk rooms with en suites, as well as sophisticated scientific equipment and laboratories.

The bunk beds have curtains to help roommates on opposite shifts.

But even in those comparatively comfortable environments, Armand says, most people bring some form of creature comfort.

Armand’s must-have is natural raspberry cordial, followed by a box of her favourite muesli and her own mug. Martin’s is more extensive: a “a seriously embarrassing amount of books,” as well as a camera, binoculars and field guide for spotting wildlife. She also brings knitting.

Her list of books is eclectic: Dickens, Austen, a few popular science geology books recommended to her by a “geeked out” pack of geoscientists on her last sub-Antarctic voyage, the memoirs of Philip Law, who directed the Australian Antarctic Division in the 1950s, and a “standard range of fiction”.

A strap for said sunglasses, a balaclava, a snood, an insulated down jacket, and steel-toe gumboots are highly recommended.

Other safety gear, such as hard hats and high-visibility jackets, is provided.