ESCAPE FROM HURRICANE IRMA WAS NOT AN OPTION FOR MOST OF US IN THE CARIBBEAN... 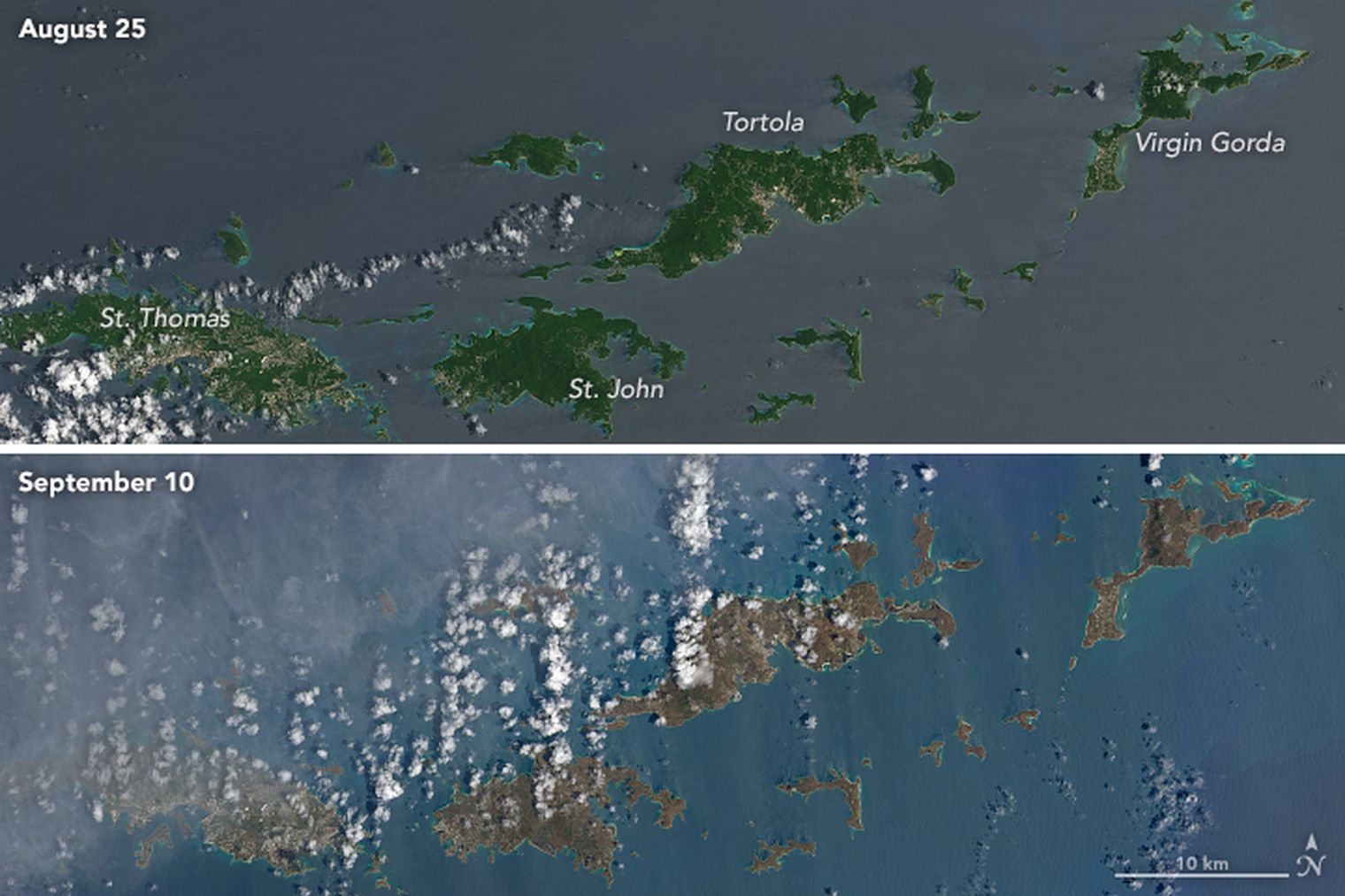 The Virgin Islands before and after Hurricane Irma hit. Photo: NASA Earth Observatory

‘Climate change’ does not adequately capture the chaos brought to these islands by the extreme weather. Poverty will make the recovery even more difficult...

he winds and rain came first, usual for this time of year. Crops drown in the sodden earth, the price of vegetables and fruits in the market rises and, as the rain and wind beat down on the tin roofs and wooden frames of many of our homes, communities bear down for more. Torrential storms, gushing flood waters and devastated infrastructure come next, and lives are lost in their wake. Evacuation is not an option for most citizens of the Caribbean. Instead of escape, survival is a matter of endurance. 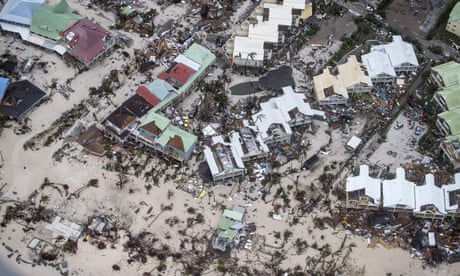 What were predictable changes to the wet or dry months in the Caribbean are now increasingly irregular weather patterns, bringing serious weather events that demand more resources and attention to mitigate escalating damage, including loss of life. There is widespread agreement in the region, based on meteorological data as well as lived experience, that Caribbean seasons, noteworthy for shifts in temperature and precipitation, are changing. As residents in the region, sometimes we wonder if “change” is a powerful enough word to represent the realities of rising seas and battering rains, coastal erosion and habitat loss, new agricultural stresses and higher food import bills, as well as the loss of human life.

Despite broad consensus, we must be clear that climate change is not the only villain. Regional underdevelopment and global economic polarisation exacerbate the effects of disasters.

The colossal convergence of clouds formed by the churning of warm waters in the Atlantic basin has generated three fully formed hurricanes since tropical storm Harvey passed through the eastern Caribbean in mid-August: hurricanes Irma, Jose and Katia. The Atlantic basin has not seen activity of this nature since 2010 when category three hurricanes Igor and Karl joined category four Julia to bring disastrous impacts to Caribbean islands.

None of these previous hurricanes, however, were nearly as devastating as Irma’s category five assault, which has resulted in 28 confirmed deaths across the Caribbean so far – and thousands will be displaced. Those whose lives have been washed away, leaving them without shelter, include street dwellers, homeless people, squatters and others living precariously in rural, hillside, and coastal areas, which are prone to landslides, collapse and flooding.

Also vulnerable are elderly people, children and people who are mobility-impaired or sick and may more quickly succumb to the health effects of mould, poor nutrition and lack of clean drinking water, exacerbated by constraints in accessing medical help. In addition to flood losses in residential, agricultural, and commercial areas, winds destabilise transport and communication infrastructure, while storm surges dismantle much needed economic, social, and environmental assets on coastlines.

Disasters, as we know them, are a function of magnitude, exposure, and vulnerability. On its own, Irma has characteristics that could make it one of the Caribbean’s most damaging hurricanes on record, due in part to the low levels of economic development that hamper the region’s ability to cope with natural hazards. Irma’s path of destruction has affected more than 10 Caribbean countries, a significantly higher number of islands than those affected by hurricanes Igor, Julia, and Karl combined. While Igor, Julia, and Karl directly affected islands including Bermuda and Cape Verde, Irma made landfall on Antigua, Barbuda, Anguilla, the British Virgin Islands, the US Virgin Islands, Turks and Caicos, the Dominican Republic, Puerto Rico, St Kitts, Nevis, and Guadeloupe among others. Bermuda and Cape Verde have substantially higher GDPs and GDP per capita than Barbuda and Anguilla, which strongly correlate to higher resilience and much better coping mechanisms.

For example, in Barbuda Irma destroyed more than 90% of the housing stock and telecommunications infrastructure; large and extended families, including one group of seven, were reliant on rooftop rescues by emergency responders. Similar incidents have been reported from Anguilla and other islands. By comparison, although serious damage was reported in Bermuda and Cape Verde, nothing nearly as devastating as this occurred. These two islands can expect to return to normal life much more quickly than the islands with fewer economic resources. Clearly, the impacts of such storms and the course of the subsequent recovery are determined by a country’s preparedness and capacity to respond. At both the national and community levels, development provides protective armour.

As we look to the future, we must heed the lessons taught by these hurricanes. While it is not possible to modify the hazard of a hurricane such as Irma in itself, there are ways to reduce the disastrous effects, and increase coping capacities and resilience of those affected. With dwindling funding for disaster risk reduction in the Caribbean, there is a growing need to encourage self-protective resilience. Education and communication are crucial tools, and we must develop new techniques to identify the most vulnerable communities, groups and households.

The climate chaos represented by the increased magnitude and heightened form of storm activity in the Atlantic basin is becoming the norm for the Caribbean. The regional realities of this chaos have been masked by the discourse of “climate change”, which suggests a more manageable and gradual process. In June and July tropical storms Bret and Don also passed through the Caribbean as far south as Trinidad, an island that had previously seen a total of only four tropical storms since records began in 1851.

The mismanagement of natural resources and failure to protect the environment pose a grave threat to many of us living in small-island developing states and less economically developed countries. Ultimately, just as the health of the oceans and atmosphere are related to one another, so the current plight of countries on the periphery is the best indicator of the future of the core.

• Dr Gabrielle Thongs specialises in disaster planning and spatial modelling at the University of the West Indies.