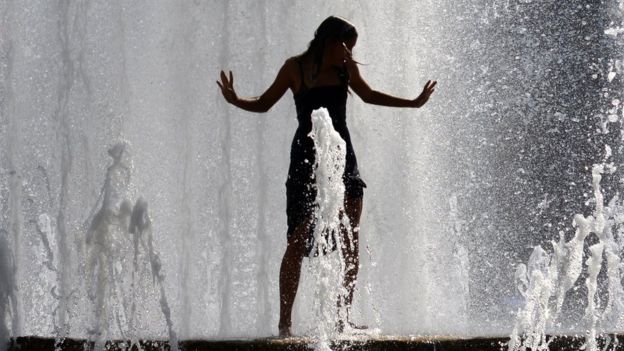 Image caption Tuesday was the hottest day of the year so far in the Czech Republic, with highs of 37C/98.6F  Getty Images

Parts of Europe are experiencing their most extreme heat in more than a decade as temperatures hit 44C (111F)...

Several countries have issued health warnings as this week's record-breaking weather conditions continue to affect swathes of the continent.

Sweltering temperatures in Italy have sparked wildfires, and dozens of towns and cities are on the health ministry's maximum heat alert.

The heatwave has left some regions facing the threat of severe drought.

Video: Gabriella and Layla have some tips for dealing with hot weather

Health warnings are in place in the parts of Europe where temperatures have reached potentially dangerous levels.

Italy and the Balkans are the most severely affected, with areas as far north as southern Poland also exposed to unusually high temperatures.

At least two people have died - one in Romania and one in Poland - and dozens more have been taken to hospital suffering from conditions related to the extreme weather, Reuters news agency reports.

Italy is currently experiencing temperatures 10C higher than the average for this time of year. People have been urged to follow advice from the authorities, stay indoors and drink plenty of water.

On Wednesday, the mercury rose to 44C in Sardinia.

On Thursday, temperatures hit 43C near Rome while Sicily recorded 42C as a blanket of hot air from Africa swept through the Mediterranean. 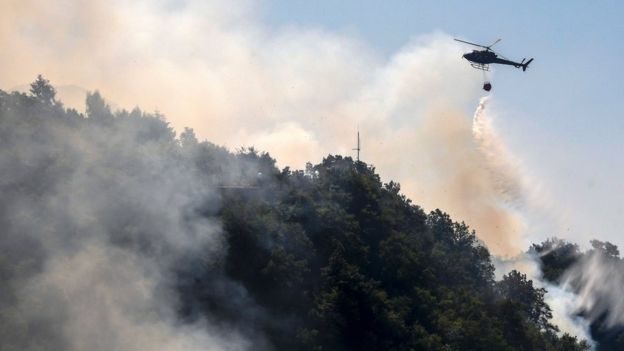 In Albania, the country's armed forces joined hundreds of firefighters on Friday to battle dozens of forest fires as temperatures reached 40C.

Albania has asked the European Union for emergency assistance to help prevent the wildfires spreading near the capital, Tirana. 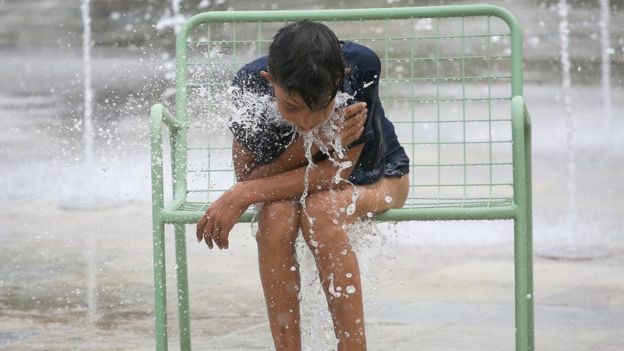 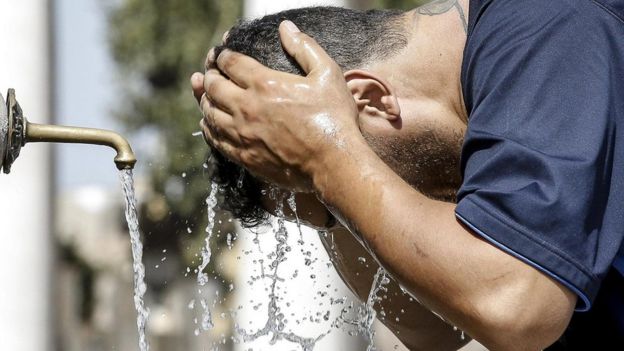 Image A man uses a drinking tap to cool off in Saint Peter's Square in Rome. EPA

Tourists and locals have been cooling off in cities across southern Europe by dousing themselves in water from public fountains and walking the streets under the shade of parasols.

High temperatures are expected to continue in parts of central Europe and the Balkans in the coming days, according to European weather service Meteoalarm.

The heatwave is expected to last until at least Monday, with health warnings issued in several European cities. 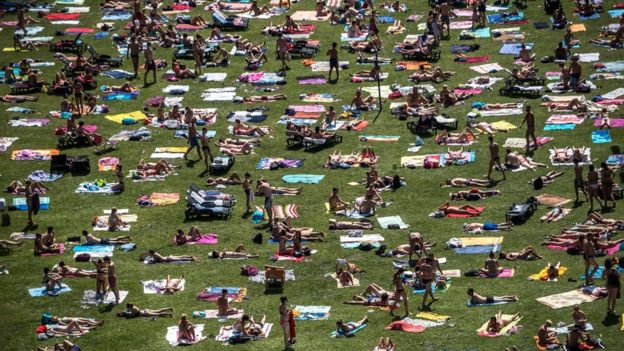 In Prague, people took to local parks to sunbathe as parts of the Czech Republic. EPA