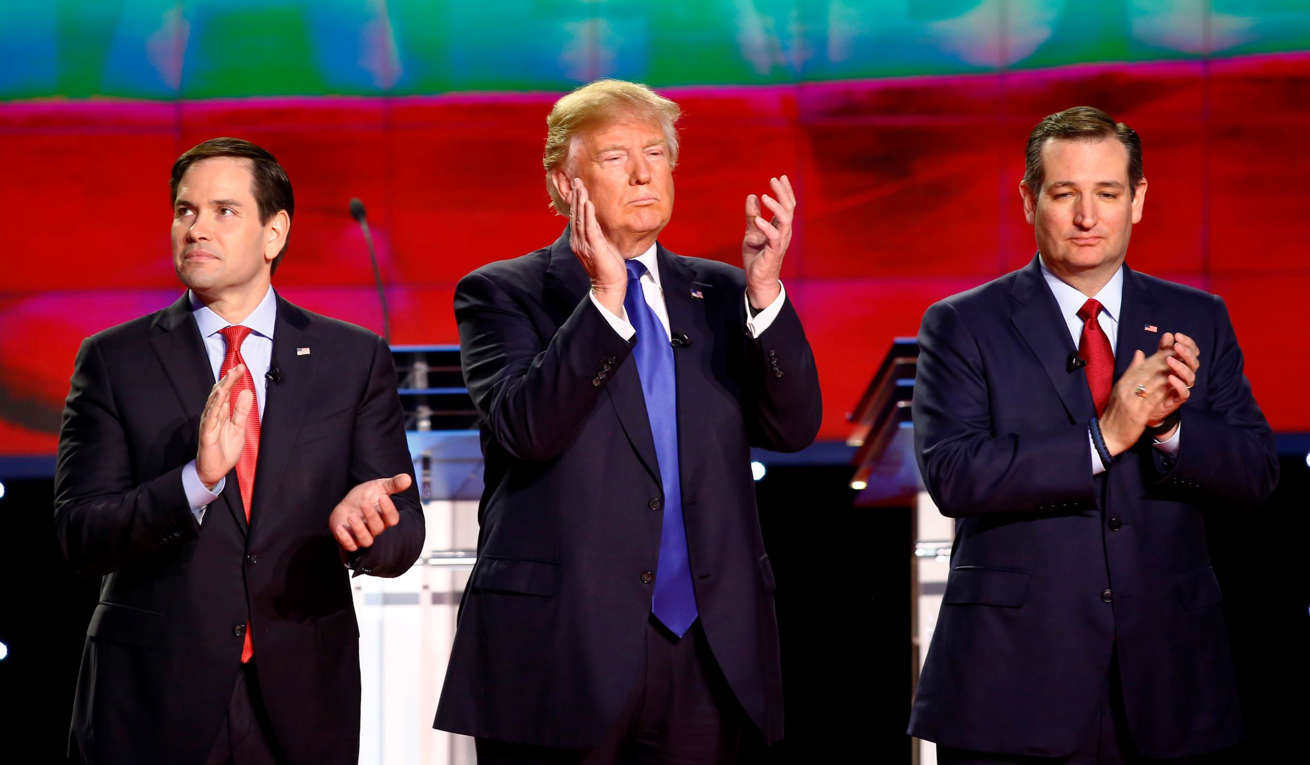 The Democratic Party released a video on Sunday slamming Republican presidential hopefuls for their opposition to action on climate change, suggesting the views clash with the reality of rising sea levels and shifting weather patterns...

"I'm not a believer in climate change," Trump says during a television news interview featured in the clip.

"Satellite data show there's been no warming whatsoever," Cruz, a U.S. senator of Texas, says in another news clip.

Rubio, a U.S. senator of Florida, says, "I do not believe that human activity is causing these dramatic changes to our climate the way these scientists are portraying it."

The video aims to put the environmental issue center stage in the November race for the White House.

Democratic presidential hopefuls Hillary Clinton and Bernie Sanders have both laid out plans to combat climate change, while all five Republican presidential contenders have argued that the problem doesn't exist or have discounted the scope of the issue.

The video also draws a link between environmental issues and the vacancy on the U.S. Supreme Court following the surprise death this month of Justice Antonin Scalia.

President Barack Obama has said he plans to nominate a replacement for Scalia before the November election, but Republicans in Congress have vowed to block the effort.

"With so many issues at stake now, with so much potentially heading before the court on clean energy and climate change, we simply can't afford for our nation's highest court to be crippled," a few Democratic members of Congress say in the video.

An official for the Democratic Party said the video would be circulated on social media. (Reporting by Luciana Lopez; Additional reporting by Alana Wise; Editing by Leslie Adler)

The DNC's video will be posted here as soon as it's available...