Officials give conflicting accounts of whether to avoid emissions after it was flooded by waters from tropical storm Harvey...

After fires and two explosions early on Thursday at a chemical plant in Crosby, Texas, that lost power due to flooding caused by tropical storm Harvey, residents of the surrounding area were left unsure if the plant was producing toxic emissions. 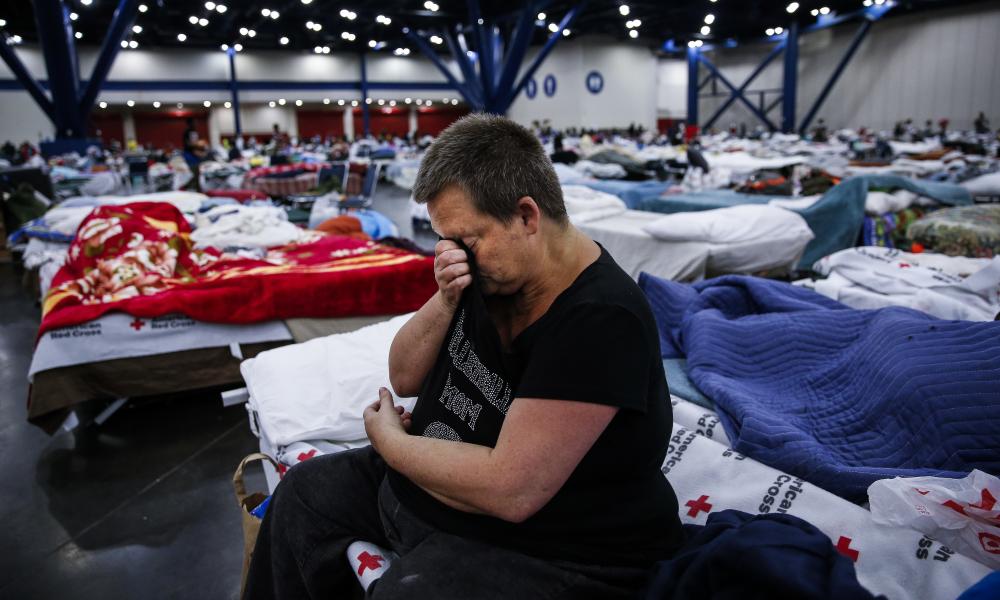 Voices from Houston: inside a shelter as thousands hide from the storm. Read more...

As official sources gave contradictory advice, an executive with plant owner Arkema said eight more tanks could yet burn and explode, and that to let them do so was “the safest thing”. The same executive told a press conference: “The smoke is noxious. Toxicity is a relative thing.”

Arkema said it was notified at around 2am by the Harris County emergency operations center of two explosions and black smoke. A sheriff’s deputy was taken to hospital after inhaling smoke and nine others drove themselves to hospital. Harris County ordered the evacuation of residents within a 1.5-mile (2.4km) radius of the plant.

The plant makes organic peroxides used in plastic resins, polystyrene, paints and other products. The blasts sent up a 30-40ft flame and a plume that the administrator of the Federal Emergency Management Agency (Fema), Brock Long, said was hazardous. The Texas commission on environmental quality urged people in the area to stay indoors with windows closed and air conditioners running, and to restrict physical activity.

Environmental Protection Agency director Scott Pruitt said in a statement, however, that “information indicates that there are no concentrations of concern for toxic materials reported at this time”.

At the press conference in Harris County, after local fire officials said the explosions were small and produced no toxins, Arkema executive Rich Rennard said: “I heard the comment. I don’t want to make any comparison on the kind of smoke that’s coming from our fire. The smoke is noxious. Toxicity is a relative thing.”

Officials said they went door to door in the largely rural area surrounding the exclusion zone, to explain the situation. Leaving was not mandatory.

In Barrett, a small town next to Crosby, Antonio Perez drove his white van to an intersection where the main road east, 100m away, was blocked by a police car. The plant was five miles away. Perez has four children aged between three and nine and he was torn about whether to get out.

“I live right here,” he said, a small boy sitting in the passenger seat. “My kids want to play outside, I don’t know if my kids can play outside.”

Perez drove back towards his house, past a boy walking a playful dog that strained on the leash. Nearby, Johnnie Bradley tended a small fire of tree branches outside his single-storey ranch house, which escaped flooding because it sits on blocks.

“Actually, today, I didn’t hear anything,” he said. “Couple of friends came by and told me about it, that something had exploded over there. Matter of fact, this is the first time I knew that they processed acid over there. I think I’m gonna stay, I’m just gonna watch the wind direction.”

The news had not made him consider leaving for good. “I’ve been here all my life,” he said. “I mean – I don’t know any other place.”

Now retired, the 60-year old worked at a chemical plant 20 miles away that is part of the vast array of industrial facilities – and homes – east of downtown Houston. Was he ever worried about accidents?

“Oh yeah, all the time. All the time, for some of the hazardous stuff that we were producing. There was the potential for anything to happen. I was in operations and it’s a lot of equipment that needs repairs that wasn’t repaired and just kind of scraped along.”

The Arkema plant was shut down last Friday in anticipation of the storm, though 11 employees stayed on site. Those workers were evacuated on Tuesday after the facility lost power late on Monday night.

Harvey weakened as it moved over Louisiana on Thursday, leaving behind record flooding. The Texas department of public safety said 48,700 homes had sustained flood damage, including 17,000 with major damage and 1,000 that were destroyed. The state estimated that 700 businesses had been damaged.

The storm has killed at least 35 and forced 32,000 people into shelters since coming ashore on Friday near Rockport, Texas, on the Gulf of Mexico coast. It was the most powerful hurricane to hit the state in half a century.

More damage is expected to emerge as floodwaters recede. A major refinery in Port Arthur was closed on Wednesday after cutting its output a day earlier. Refineries operated by Exxon, Shell and others released pollutants as torrential rains damaged storage tanks and other industrial facilities. The Colonial Pipeline, which provides nearly 40% of gasoline used in the American south, remained closed. 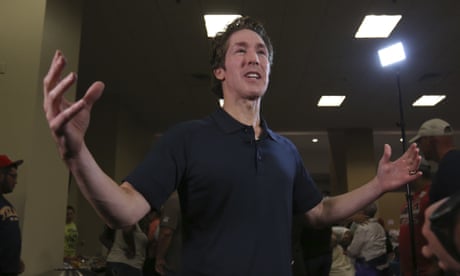 The Houston Chronicle warned readers that the public health threat was just beginning.

“From the bacteria, viruses, and fungi harbored in floodwaters to new breeding grounds for disease-carrying mosquitoes to a potentially staggering mental health toll inflicted on those hardest hit by Harvey, the risks are expected to be great,” it said, citing public health experts.

Mayor Sylvester Turner said the city remained calm. “No city curfew citations or arrests for a second night in a row. Thank you Houston for your understanding and cooperation,” he tweeted. Overnight, police rescued 18 people from floodwaters, he said, adding: “Crisis ebbing but far from over.”