EXTREME WEATHER EXPLICITLY BLAMED ON HUMANS FOR THE FIRST TIME... 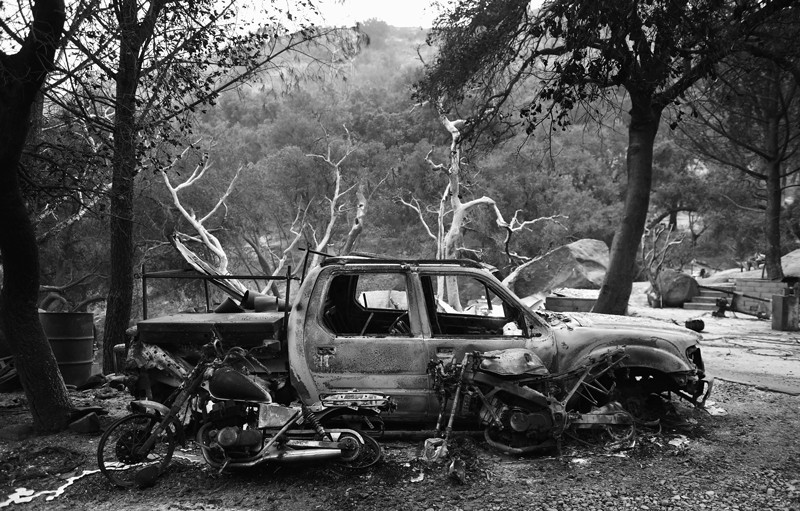 The weird weather just keeps on coming. An oppressive heatwave dubbed Lucifer stifled Europe in August, then a series of powerful Atlantic hurricanes hammered the Americas. Now, unseasonably hot and dry conditions are driving wildfires in California. During and after such events, the same question always arises: is global warming to blame?

Basic theory suggests that climate change will lead to more extreme weather, but making the link to individual events is difficult. There was a time when the typical answer was something along the lines of, ‘Perhaps, but it’s hard to say.’ The science has advanced over the past several years, and scientists have identified global warming’s relative contribution to many extreme weather events. Now, for the first time, climate researchers are reporting that some weather events would have been outright impossible without the warming influence of humanity’s greenhouse-gas emissions.

This kind of confident assertion rarely makes its way into the scientific literature. Yet it appeared in three studies included in a special annual edition of the Bulletin of the American Meteorological Society (BAMS) dedicated to attributing the causes of extreme weather events. If these results hold up, the implications would be profound and unsettling: humanity has already pushed the global climate into a new regime. To be clear, natural variability will always have a major role, but the blame for some of the most extreme weather phenomena — as well as some of the resulting impacts — would rest squarely on our own shoulders.

Released on 13 December, the research in question focused on 2016, the hottest year on record. One modelling study, led by scientists at the US National Oceanic and Atmospheric Administration, compared the temperature record to a simulated baseline climate without human greenhouse-gas emissions (T. R. Knutson et al. Bull. Am. Meteorol. Soc. 99, S11–S15; 2018). In baseline simulations of some 24,000 years of weather from seven climate models, nothing like the record warmth of 2016 ever occurred. Greenhouse-gas emissions, chiefly those from fossil-fuel use, are a prerequisite for this kind of heat. What’s more, the paper indicates that greenhouse gases began to push the climate outside the realm of natural variability around 1980.

These conclusions necessarily assume that today’s climate models are sufficiently robust to capture the full range of natural variability. Others will certainly weigh in on the question, but the results suggest that we may need to reframe how we think about extreme events. The epic El Niño warming event in the eastern tropical Pacific Ocean in 2015–16, for example, might have pushed global temperatures to record levels, but only because it was amplified by more than a century of greenhouse-gas emissions. From this perspective, global warming might also be to blame for many of the impacts that we normally attribute to El Niño itself, which roils weather patterns across the globe.

Indeed, a second study in the special issue identified global warming as the culprit behind heatwaves that gripped much of southeast Asia in 2016 (Y. Imada et al. Bull. Am. Meteorol. Soc. 99, S97–S101; 2018). In India, the heat killed at least 580 people from March to May. Thailand recorded its highest temperature ever — 44.6 °C — on 28 April, and energy consumption across the region hit record levels as people turned on air conditioners for relief. El Niño might have exacerbated the situation, says the study, but the temperatures “would never have happened without the anthropogenic warming”.

Researchers came to the same conclusion in a third study, focused on marine warming in the Gulf of Alaska and the Bering Sea that began in 2014 and climaxed last year (J. E. Walsh et al. Bull. Am. Meteorol. Soc. 99, S39–S43; 2018). El Niño might have been involved, but global warming set the stage, with far-reaching consequences. Ice on Alaskan rivers broke up earlier than ever; a lack of sea ice affected fishing; and toxic plankton blooms reduced shellfish harvests. Tens of thousands of seabirds were found dead, probably starved.

Extreme weather would be expected from time to time, regardless of global warming. In fact, of the 131 papers investigating extreme events that BAMS has published over the past 6 years, 35% found that global warming played no appreciable part. Nevertheless, the latest results suggest that the climate is entering uncharted territory, and that would mean that weather will increasingly fall outside the historical norm. From this perspective, humanity hasn’t just loaded the dice. We have replaced them with a whole new type that behave in ways we don’t fully understand.

The solution has been clear for more than two decades: governments need to take aggressive action to curb greenhouse-gas emissions. By attributing real-world impacts to global warming, scientists are providing citizens and political leaders with further evidence that climate change is a clear and present danger, not a distant threat to future generations. Perhaps in 2018, policymakers will finally realize which way the wind is blowing.