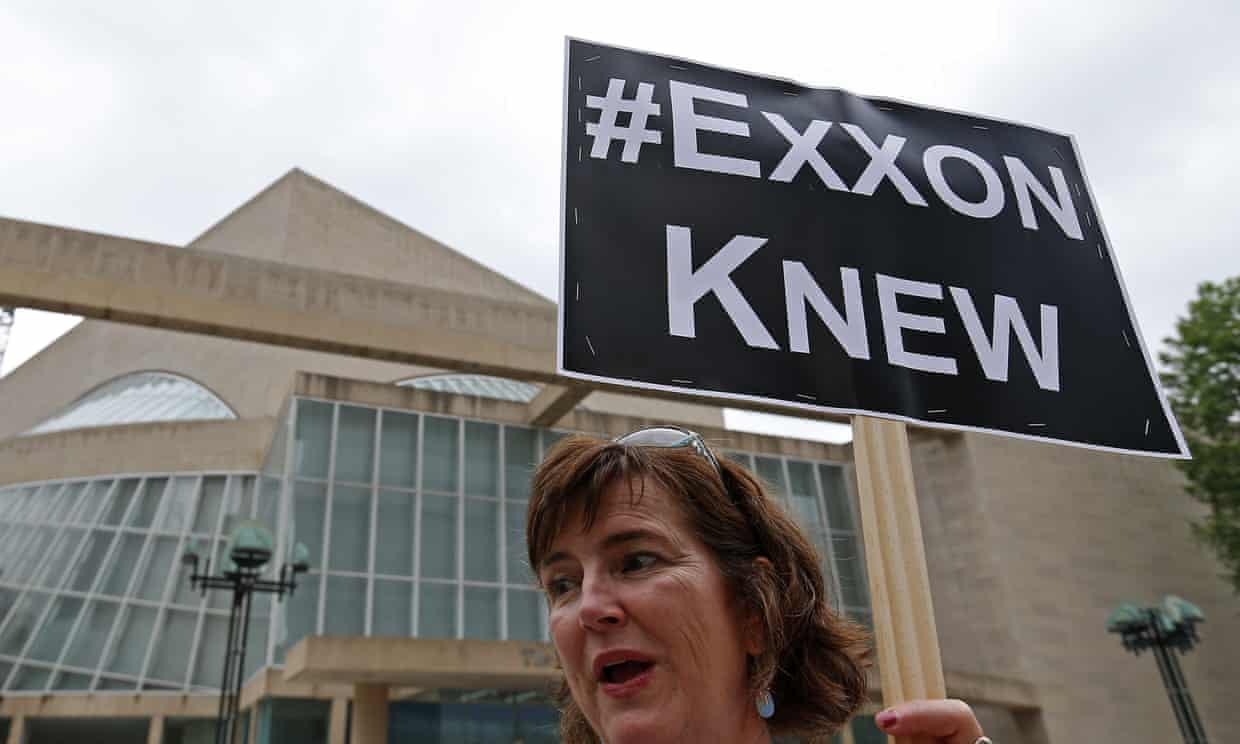 Study of company documents, peer-reviewed papers and newspaper ads claims to show how the oil giant tried to cast doubt on climate science...

ExxonMobil has knowingly misled the public for decades about the danger climate change poses to a warming world and the oil giant’s long-term viability, according to a peer-reviewed study.

An analysis of nearly 200 documents spanning decades found that four-fifths of scientific studies and internal memos acknowledged global warming was real and caused by humans. 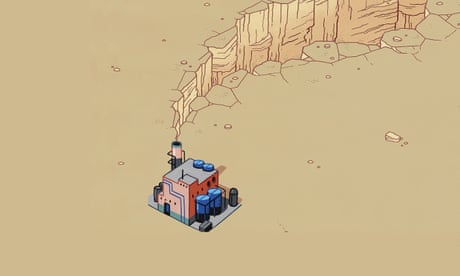 How climate scepticism turned into something more dangerous. Read more...

At the same time a similar proportion of hundreds of paid editorials in major US newspapers over the same period cast deep doubt on these widely accepted facts.

The study also cites ExxonMobil calculations that capping global warming at under 2C – the goal enshrined in the landmark Paris climate accord – would impose sharp limits on the amount of fossil fuels that could be burned, and thus potentially affect the firm’s growth.

Both findings are relevant to ongoing investigations by state and federal attorneys general, along with the Securities and Exchange Commission, on whether the company deceived investors on how it accounts for climate change risk.

The new study was published on Wednesday in the journal Environmental Research Letters.

Earlier reporting by InsideClimate News unearthed the internal documents and came to much the same conclusion.

In response, the company – the largest oil producer in the United States, with revenue of $218bn last year – denied having led a four-decade disinformation campaign.

Exxon spokesman Scott Silvestri called the latest study “inaccurate and preposterous” and said the researchers’ goal was to attack the company’s reputation at the expense of its shareholders.

“Our statements have been consistent with our understanding of climate science,” he said.

The company also criticised journalists for having allegedly “cherry-picked” data in a way that unfairly put the company in a bad light, but the new study pushed back on that claim.

“We looked at the whole cherry tree,” Geoffrey Supran, a researcher at Harvard University and co-author of the study, told AFP.

“Using social science methods, we found a gaping, systematic discrepancy between what Exxon said about climate change in private and academic circles, and what is said to the public.”

As early as 1979, when climate change barely registered as an issue for the public, Exxon was sounding internal alarms.

“The most widely held theory is that... the increase in atmospheric CO2 is due to fossil fuel combustion,” an internal memo from that year read.

A peer-reviewed study by Exxon scientists 17 years later concluded that “the body of evidence... now points towards a discernable human influence on global climate”.

At the same time, however, the company was spending tens of millions of dollars to place editorials in the New York Times and other influential newspapers that delivered a very different message.

“Let’s face it: The science of climate change is too uncertain to mandate a plan of action that could plunge economies into turmoil,” Exxon said in 1997, as the Bill Clinton administration faced overwhelming opposition in Congress to US ratification of the Kyoto Protocol.

“The Harvard research shows systemic bias in sowing public doubt, while acknowledging the risks privately,” she said after reviewing the study’s main findings. “That is at the heart of the investigations.”

Lamb’s firm filed the first shareholder proposal in 2013 asking ExxonMobil to assess whether imposing a 2C limit on warming would result in the company not being able to exploit its reserves.

Those efforts were swatted down, but four years later a decisive 62% of shareholders called on ExxonMobil, in a non-binding vote last May, to detail how climate change will affect its future.

In three other lawsuits, coastal communities in California are suing 37 oil, gas and coal companies, including ExxonMobil.

Marin and San Mateo counties, along with the city of Imperial Beach, assert that these fossil fuel purveyors knew their product would cause sea level rise and coastal flooding but took no action to inform the public or curtail their carbon emissions.

The new study “confirms some of the central tenets of our cases,” said Vic Sher, a senior partner at Sher Edling and a lawyer in the case.

“We will prove that Exxon and the fossil fuel industry knew for decades that greenhouse gas pollution would cause warming of the air and oceans, sea level rise, and other consequences,” he told AFP.

“The industry engaged in deception and denial while aggressively marketing and making enormous profits.”