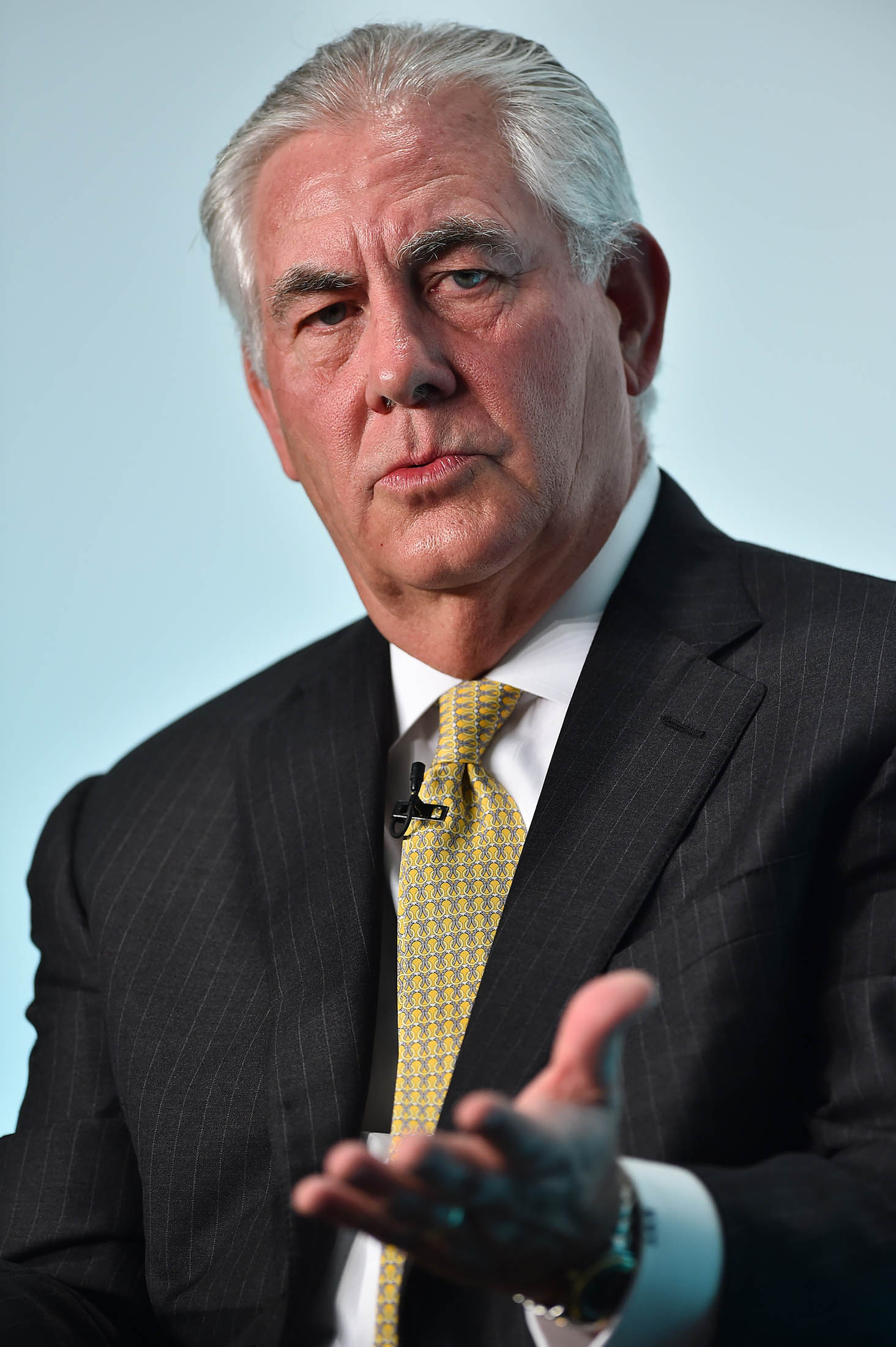 Slowly, in fits and starts, Exxon's investors are pushing it to take better account of climate-change risks...

At ExxonMobil's annual shareholders meeting in May, Rex Tillerson, the silver-haired chief executive officer and chairman of the biggest oil company in the world, did something he hadn't before in his last 10 such presentations: He addressed climate change head-on.

For several minutes, he talked about Exxon's investments in biofuel and carbon-capture technologies, its efforts to cut its greenhouse gas emissions by 8.8 million tons since 2011, equivalent to taking 2 million cars off the road, and how its scientists have spent decades studying climate change, a risk he said "warrants thoughtful action."

Tillerson had no choice but to address the elephant in the room. Six months earlier, Exxon had come under investigation by New York's attorney general for allegedly misleading the public on climate change. Its shareholders wanted answers, too.

With the Paris agreement on climate ratified in December 2015, investors are increasingly confident that governments will act to reduce carbon emissions. That could put billions at risk for oil companies' biggest shareholders—pension funds, institutional investors, and large asset managers—as the industry faces its worst downturn in a generation, with oil prices half what they were in 2014.

No company has more to lose than Exxon. Though widely seen as the best-run oil company in the industry, it's also been the slowest among its peers to face up to the risks that climate change poses to its business. Slowly, in fits and starts, investors are trying to push it to take better account of those risks. Exxon did not immediately return a request for comment.

Of the 11 proxy items (PDF) Exxon shareholders put forth for a vote this year, six dealt with climate. None passed, but the votes (PDF) they attracted sent a message: Investors want Exxon to take better measure of the risks climate change pose.

Two proxies in particular got sizable support. One, asking Exxon to commit to the goal of limiting global temperature increases to 2 degrees Celsius—the general target laid out by the Paris accord—received 18.5 percent of total votes. The second, which called on Exxon to issue a report on the impact that climate-change policies will have on its business, got 38 percent. That proxy was submitted by New York state's public-employee pension fund, which owns more than 11 million shares.

Big oil companies have been solid investments for years, with a deceptively simple business model: Find at least as much new oil as you sell, book those barrels as future sales, and reinvest in the hunt for new reserves. That made sense as long as oil prices went up, but it locked companies into a vicious cycle of replenishment, leading them to search for ever more extreme, and expensive, sources of crude oil in the Arctic and beneath the oceans.

Cheap oil has stopped that business cold, and the threat of climate action raises fundamental questions about whether it'll ever be viable again. In a report from May, plainly titled "The Death of the Old Business Model," London-based think tank Chatham House said the world's five major oil companies are "faced with the choice of managing a gentle decline by downsizing or risking a rapid collapse by trying to carry on business as usual."

To achieve the goals of the Paris accord, climate scientists generally believe some percentage of the world's known hydrocarbon reserves—two-thirds (PDF), according to the International Energy Agency—must stay in the ground. Last year, Citigroup issued a report suggesting that policies to limit climate change could render vast swaths of oil companies' reserves worthless, leading to trillions in losses.

While most companies have written down the value of their reserves in light of cheap oil, Exxon has not—in line with its own 2014 report (PDF) suggesting that none of its reserves were at risk of being stranded. In September, the Securities and Exchange Commission launched a review of its accounting practices.

Despite its status as the best in the business, Exxon's finances have been crushed by lower oil prices. Its revenues have been cut in half, and its profits are down 75 percent since 2012. Debt has quadrupled over the past four years. For the first time since the Great Depression, Exxon lost its AAA credit rating this year. For the first time since 1992, it did not fully replace its oil and gas reserves last year. And an earnings announcement Friday showed production had sunk to a 7-year low as profit slid.

A new report (PDF) about Exxon by the Institute for Energy Economics and Financial Analysis out this week also raises red flags for institutional investors. "Exxon has been a mainstay for institutional funds for forever," its author, Tom Sanzillo, a former first deputy comptroller of New York who oversaw the state's then-$156 billion pension fund, said in an interview. "The money being paid from Exxon to its investors is shrinking and looks like it's staying that way, and that changes the game."

That has big Exxon shareholders scrambling to be heard by what they've historically seen as a rather imperial board of directors. The one proxy that did pass at May's meeting, with 61 percent of the vote, lets shareholders that have owned at least 3 percent of Exxon's outstanding shares for at least three years nominate their own candidates to be elected to the board.

There is also a lesson in how Blackrock, the world's biggest asset manager and Exxon's second-biggest shareholder, has chosen to engage.

Though it didn't vote for the shareholder proxies on climate, BlackRock did vote against two of Exxon's directors this year, former Traveler's Insurance CEO Jay Fishman and Merck CEO Kenneth Frazier—a move viewed as retaliation for Exxon's unwillingness to engage earlier this year in a private session about climate risks. And recently, Blackrock, which declined to comment, has increased its stake in the company, buying an additional 7 million shares since the end of September to put its total holding at more than 250 million.

The more shares it owns, the more able it will be to throw its weight around.